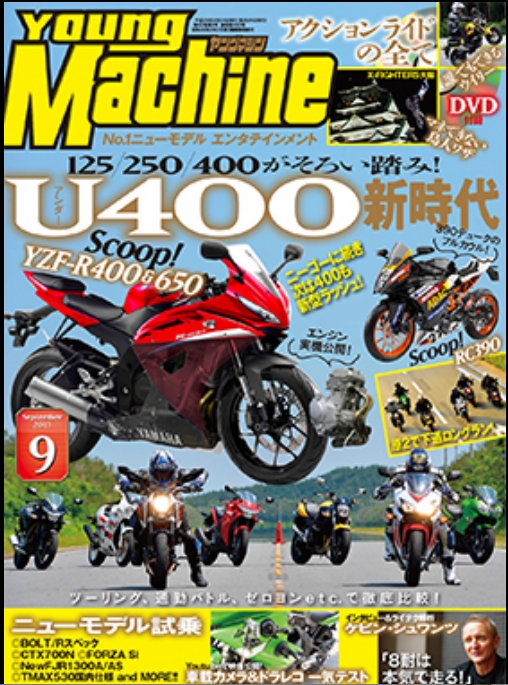 This might take you back to the days of rumours on  the Yamaha YZF-R250 or in plain terms the Yamaha R25. It’s Japanese Magazine YOUNG again, who in their recent issue have stated that Yamaha is planning two new middleweight sports bikes. With one being a 650cc, the other is slated to be a 400cc motorcycle and both being worked upon in a two cylinder format.

The magazine also states that Yamaha had recently showna few journalists their newly developed twin cylinder engine and it’s possible that this engine might make way onto the rumoured Yamaha YZF-R400 and the Yamaha YZF-R650 bikes. Though the displacement and the specifications were not revealed, the new motor is likely to be displaced in the region of 650cc and similar to the case of the new Honda 500 and 400 offerings, a toned down variant in the capacity of a 400cc motorcycle is very much possible to cater to Japan’s local licence laws.

Motorcycle enthusiasts had already expressed that in a time where the competition has been scaling up the displacement chart, the CBR250R and Duke 200 rivaling Yamaha R25 wouldn’t create much impact. Assuming that these rumours turn out to be true, we’d say these bikes would make perfect senses to face off against Honda’s 500cc lineup and even the Kawasaki Ninja 650. Like in the case of Honda, these two rumoured motorcycles would be a perfect gap filler between the 4 cylinder sports variants like the R6 and the yet to be out Yamaha YZF-R25.

We await and hope for a positive and official announcement from Yamaha.