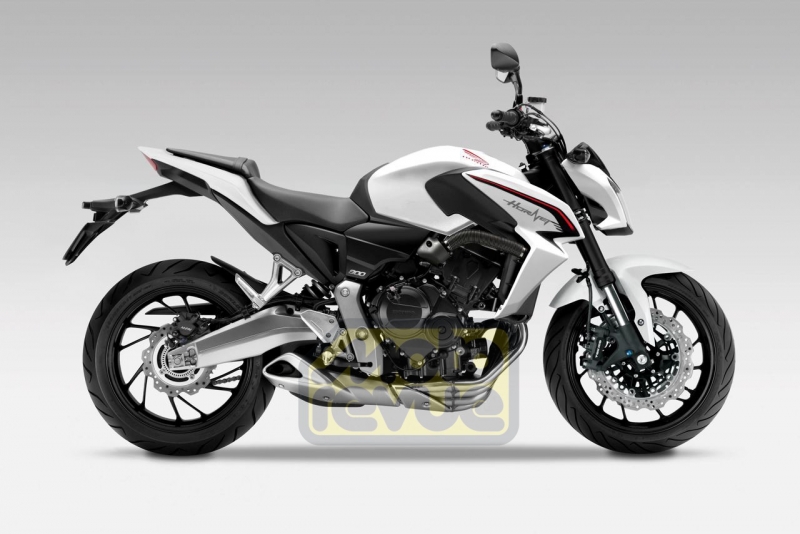 French publication MotoRevue has revealed the possibility of the Honda Hornet 800 to be revealed by the Japanese manufacturer very soon. Slated to take on the likes of the Kawasaki Z800, Suzuki GSR 750 and the BMW F800R, Yamaha FZ8, Ducati Monster 796 etc., the Honda Hornet 800 is being confirmed by Revue in early stages of development.

So why a Hornet 800 when Honda had unveiled the CB650F at EICMA 2013? It’s being stated that though the Honda CB650F though a decently practical motorcycle to move with, but at 87 bhp the CB650F lacks the punch of the closest competing motorcycles which triumph on displacement and horsepower advantage. The new Honda Hornet 800 is being speculated with a bumped up power plant churning out a healthy 115 bhp , figures which would take it closer to the performance charts of its prospective competing 800s. Even the weight and top speed figures have been stated with the new Honda Hornet 800 weight at a slightly higher 190 kgs with a top whack of around 230 kph. 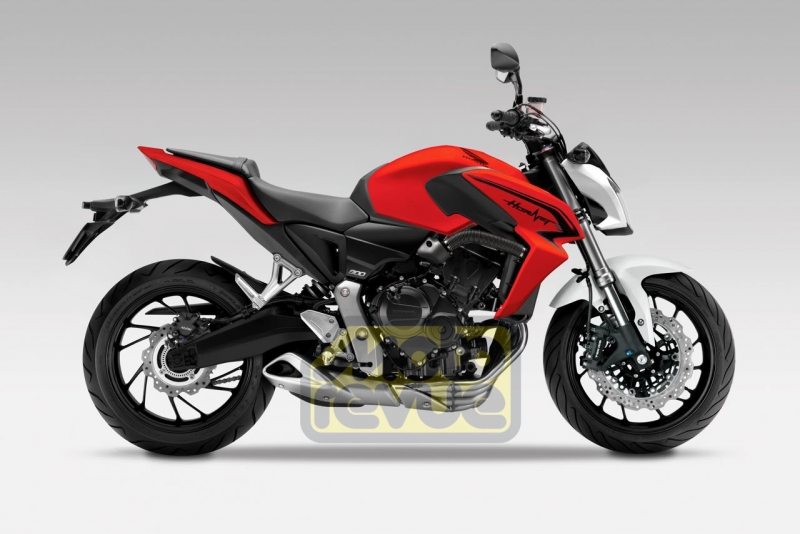 Also at the given displacement, the new Honda Hornet 800 should make a great option for riders looking to graduate from bike such Honda 500s to a motorcycle with substantial power and performance to boost. There is a wide open gap in the Honda portfolio with the prevailing lineup displacing 500 to 650cc in twin and four cylinder formats- the next jump gets directly to the powerful litre class offerings. Hence the new Honda Hornet 800 should look to energize the current flat spot for the manufacturer.

We look forward to more findings on the Honda Hornet 800.