Home News Royal Enfield’s New UCE350 Engine: All That We Know So Far

Royal Enfield will launch its new Meteor 350 by the end of this month. This motorcycle will be powered by a new four-stroke, single-cylinder UCE350 motor, with a long-stroke configuration, just like the company’s previous engines,

This too shall be able to deliver high torque at low engine speeds. As per reports, the new UCE350 will produce 20.2 bhp of power and 27 Nm of torque, which is a minor upscale of 1.1bhp and a loss of 1 Nm, compared to the BS6 UCE 350

With the arrival of BS6 norms, the Royal Enfield’s signature thump from the exhaust, now feel muted. The new UCE350 comes with a better and revamped construction, which, fingers crossed, should be louder. This new engine is also expected to provide crisp acceleration, improved refinement and also reduce emissions. 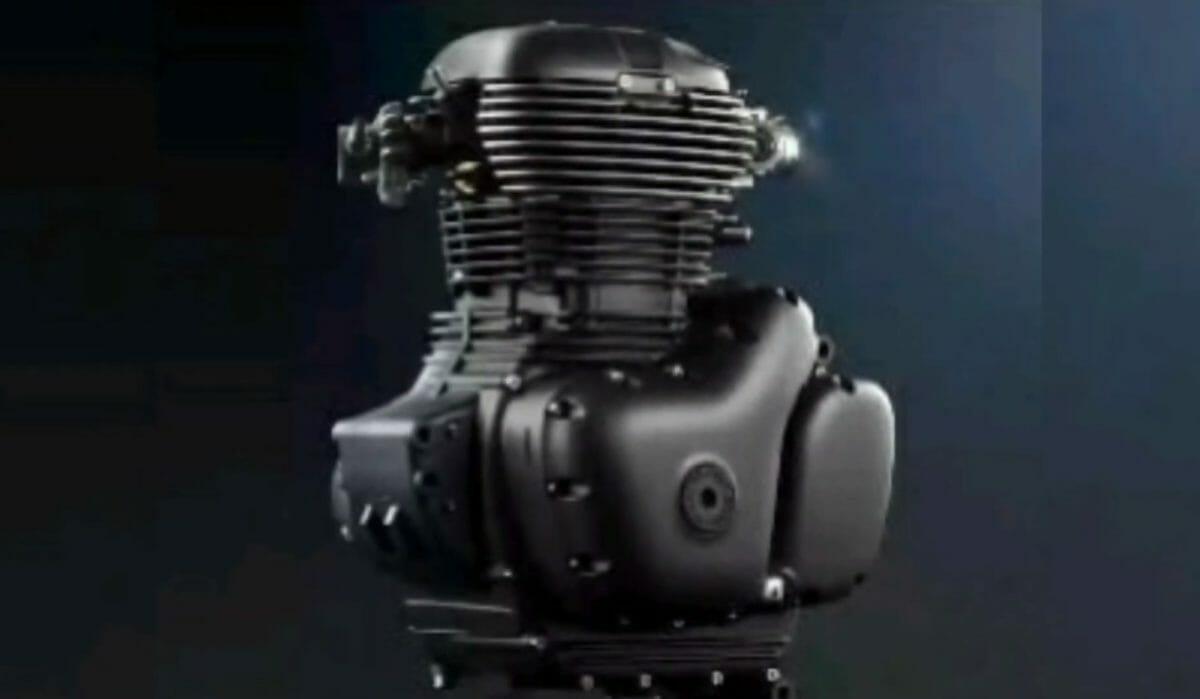 This new engine shall come mated to a newly-developed gearbox which has fewer components and linkages, which means lesser parts rubbing against each other, which translates to less friction, higher efficiency and smooth operation. In all probability, it could be a 5-speed unit.

The all-new UCE350 engine, will also power the new-gen Royal Enfield Classic and Bullet. Along with new engine and transmission, there will also be a newly-developed clutch which will perform better in terms of longevity and will be easier to pull.

Overall the engine’s torque and power figures, on sheet feel slightly disappointing, but the motor claims to have improved where it matters the most.

Making its debut with the Meteor, this new motor also ditches the old pushrod system and instead, uses an overhead cam. This makes us expect that it is almost certainly going to be more stable and refined, while still retaining the signature Royal Enfield thump. As the engine comes in a more refined avatar, and also has lesser part. It’s also quite likely that the new engine will be more fuel-efficient, and that’s something that all Indian buyers will appreciate.