It was in 1965 when Royal Enfield last visited the race track with its GP5 250cc racer project. It has been 54 years since then and now, a few passionate staff from the factory’s UK Technical Centre have worked nights and weekends to head out racing with two newly-built Nought Tea GT version 2.0 machines, developed in collaboration with Harris Performance. Revealed in the month of May 2019 at Bike Shed, work began to build two track-focused, Harris Performance “Nought Tea GT” successors, with the intent of being race-ready for the Bike Shed Festival 2019. 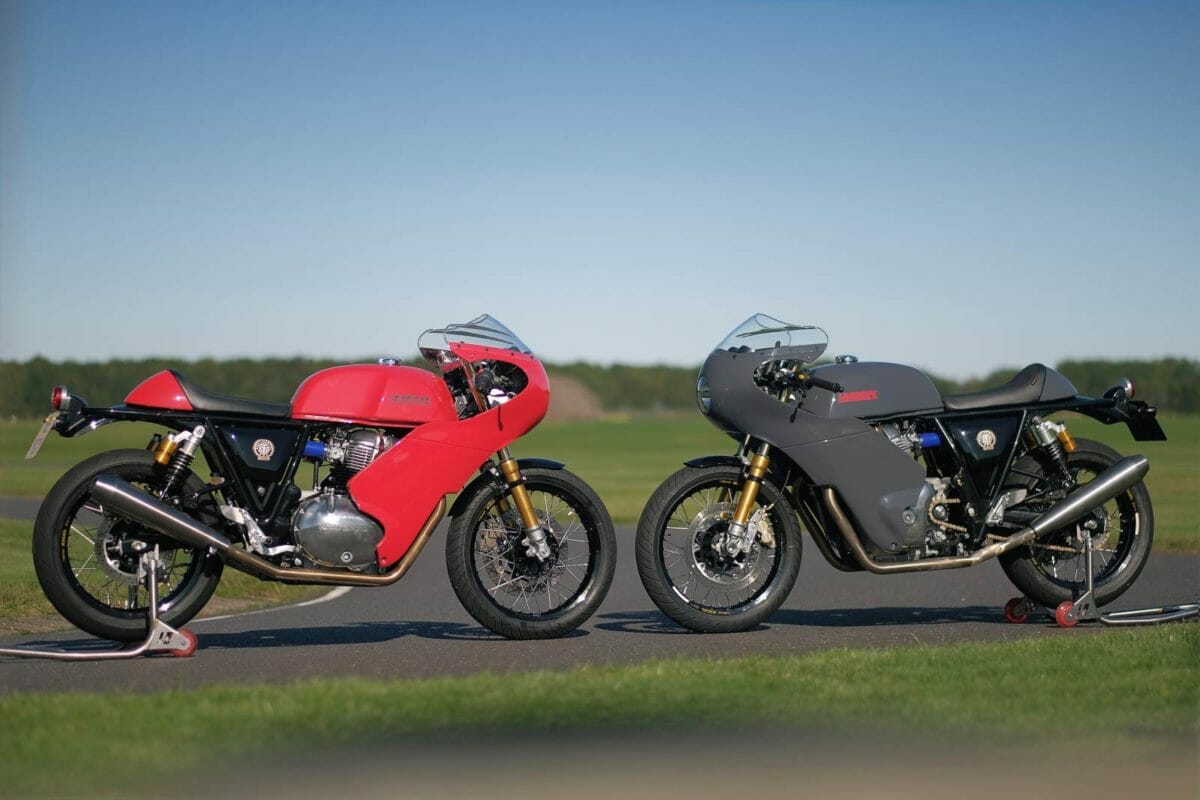 The project made Royal Enfield and Harris Performance work with collaborators such as Brembo, Ohlins and HEL, which has seen a reduction in weight of 18.5 kg and an increase in power of 26% at the rear wheel of the bikes. The racing action witnessed Paul Young (Official Factory Test Rider) and Curtis Wright (Factory Custom Rider) take to the track with the two Harris Nought Tea GT 650 v2.0 in the Cafe Racer Cup. Mark Wells (Head of Product Strategy and Industrial Design) headed out in the Commuter Cup on a fully-accessorised Continental GT 650 and Kevin Kennedy (Factory Custom Dirt Rider) took to the dirt in the Malle Dash on board the skunK650 – an Interceptor 650 which has been lightly modified for trial and scrambler racing. 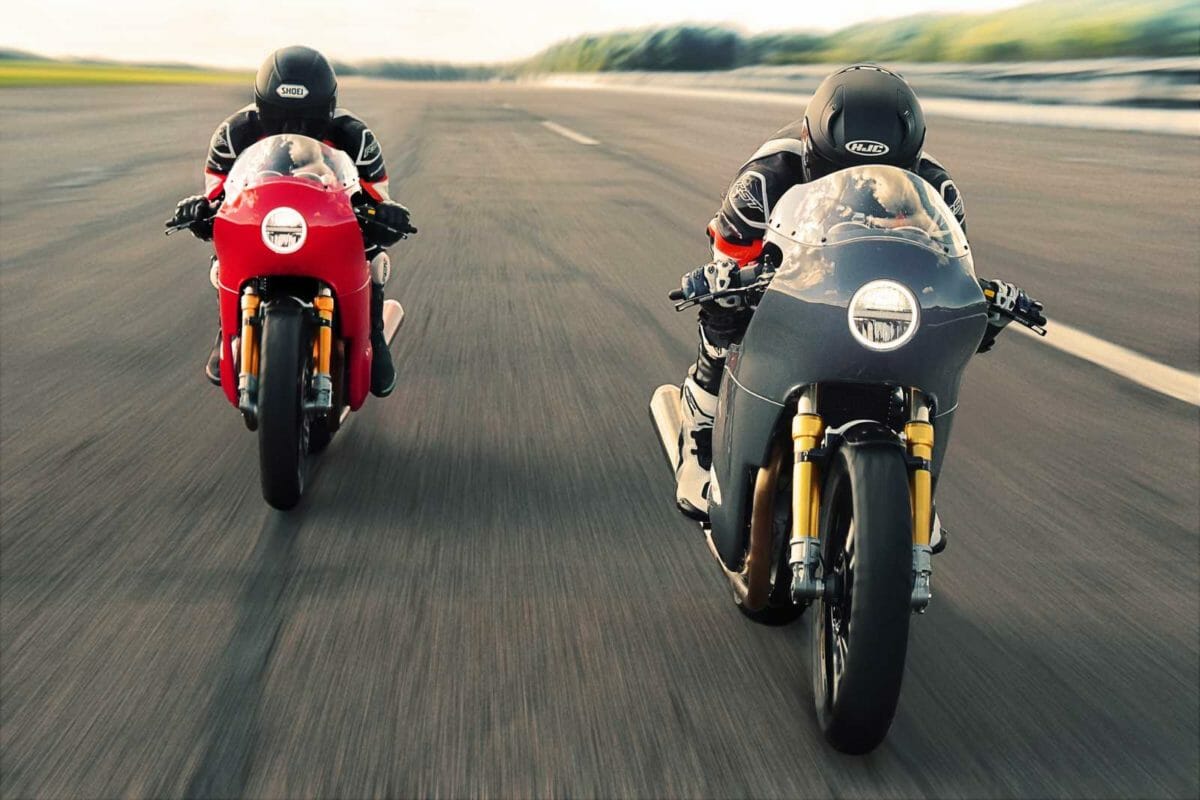 In terms of bodywork, major modifications on the Nought Tea GT includes a fairing which was designed specifically for the Continental GT 650, including all the mounts that secure it in place. They also removed the airbox and replaced it with two intake pipes that match stylistically to the custom exhaust. The subframe loop was chopped and moved in, to more closely align with the seat cowl, and a tail lamp was integrated into it. A hand-stitched seat and custom three-tone paint job complete the picture. 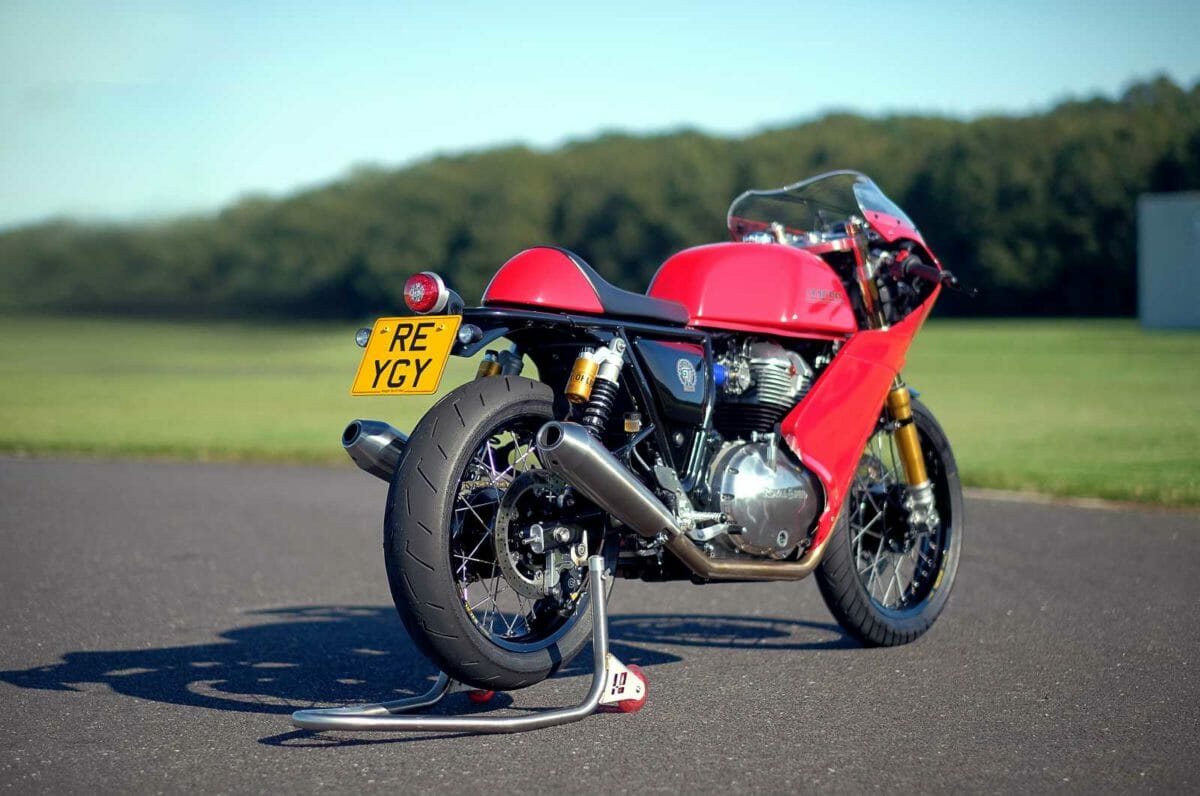 The chassis is suspended by Ohlins suspension, while high-quality Brembo brakes make sure it stops as well as it goes. Custom Harris yokes have also been integrated to remove weight, and the tank has been modified to accept a recessed Harris filler cap. Finally, the engine has been bored out and a 750cc S&S big bore kit has been installed. Below are the bike’s official specifications: 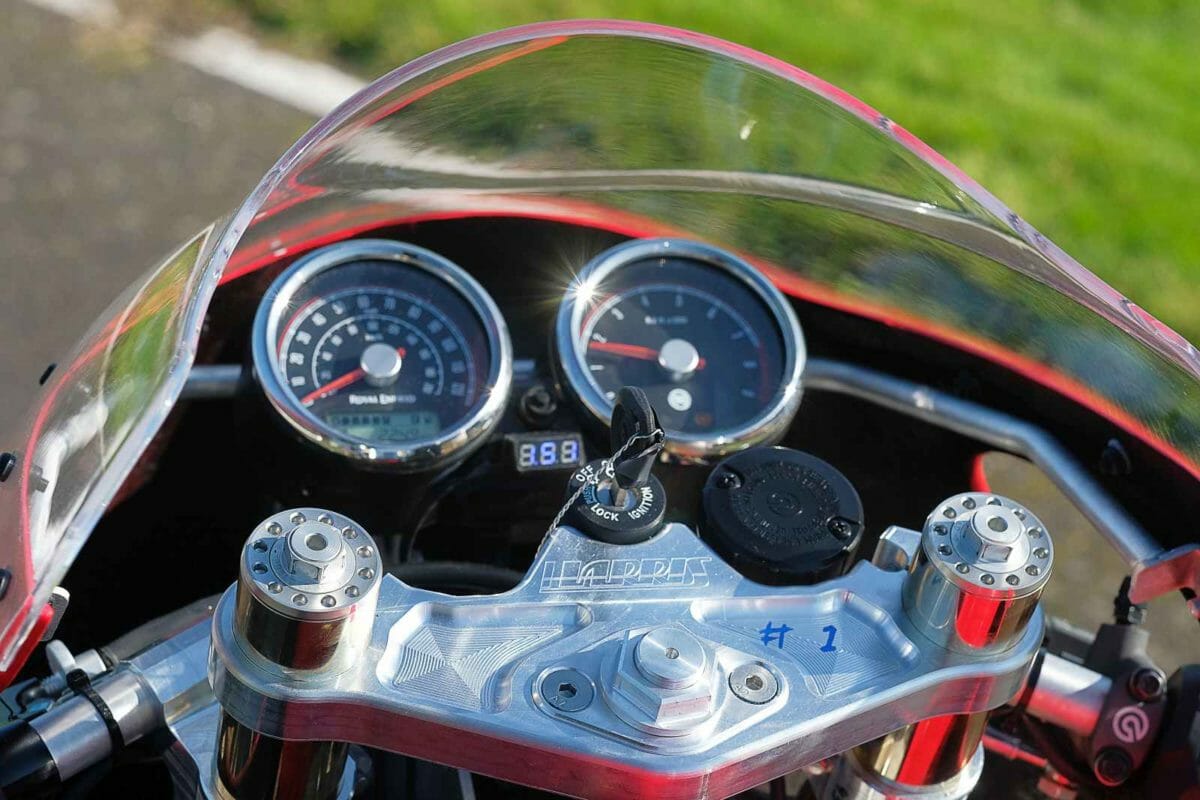 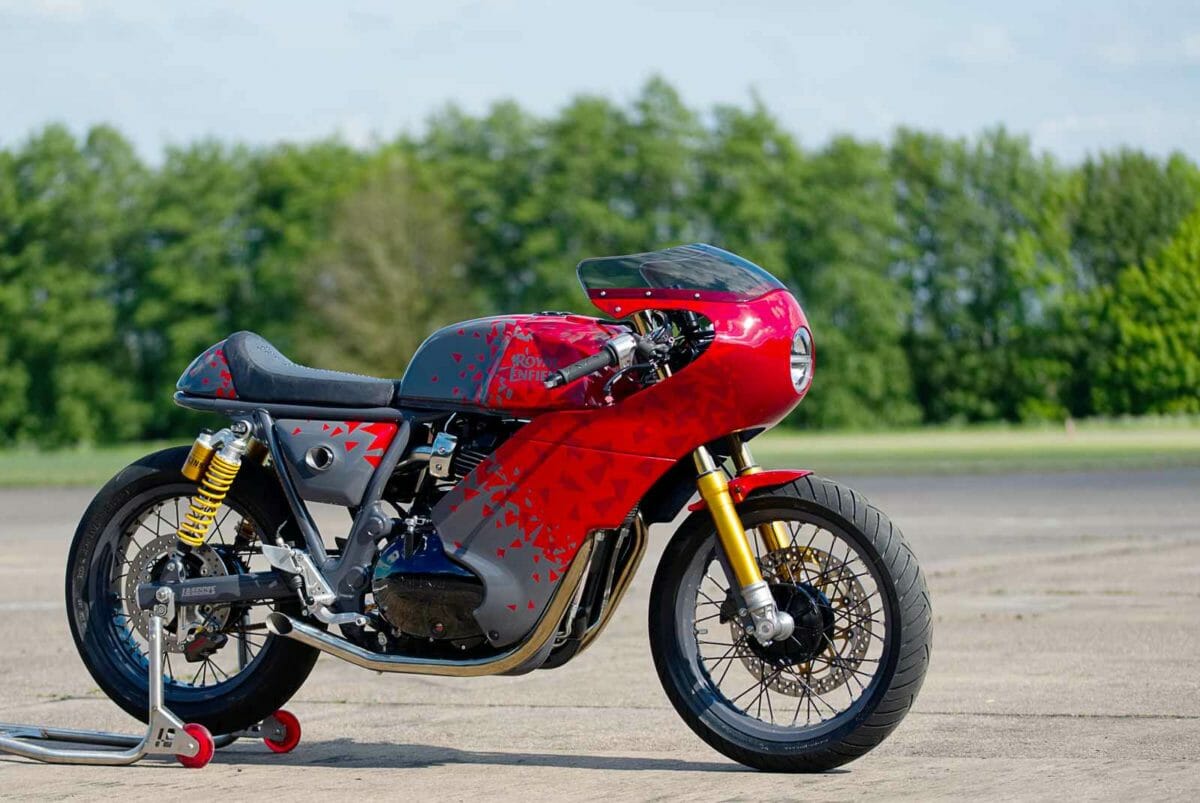