According to a new set of images that were leaked on the web, Royal Enfield plans to update two of their best selling models, the Classic 350 and the Classic 500. Both the models from the RE Classic range will receive a set of mechanical and visual updates. 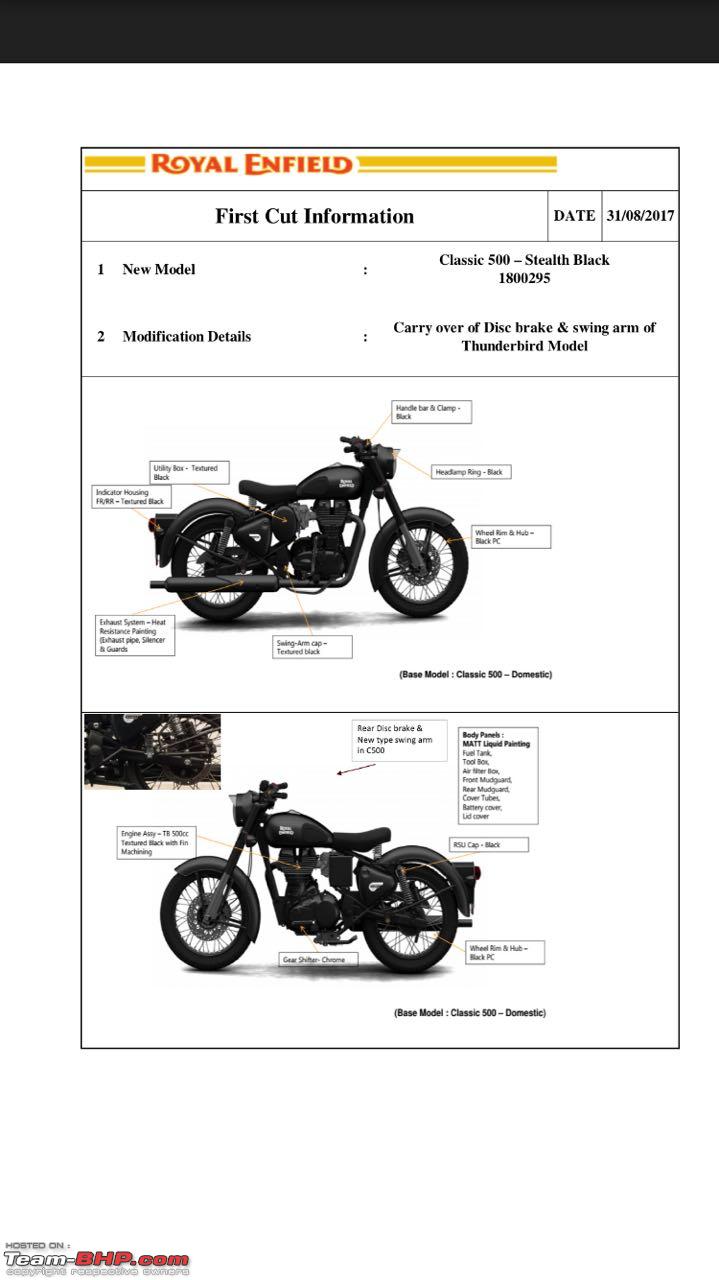 For the Classic 500, the Eicher owned company will soon offer a new Stealth Black paint job. Parts such as the utility box, indicator housing and swing arm cap will be finished in textured black while the headlamp ring, wheel rim and hub, handlebar and clamp, RSU cap will be painted in black. Body panels including the fuel tank, tool box, air filter box, front and rear mudguard, cover tubes, battery cover and lid cover will come with matte liquid paint. The exhaust system which includes parts such as the exhaust pipe, silencer and guards receive heat resistant black paint.

Coming to the Classic 350, the model receives a new paint job which will be called ‘Gun Grey’. The new paint job can be seen on parts such as the front and rear mudguard, fuel tank and side boxes. Also on offer are new decals across the motorcycle and a dark tan seat as seen on the existing Classic chrome variant. 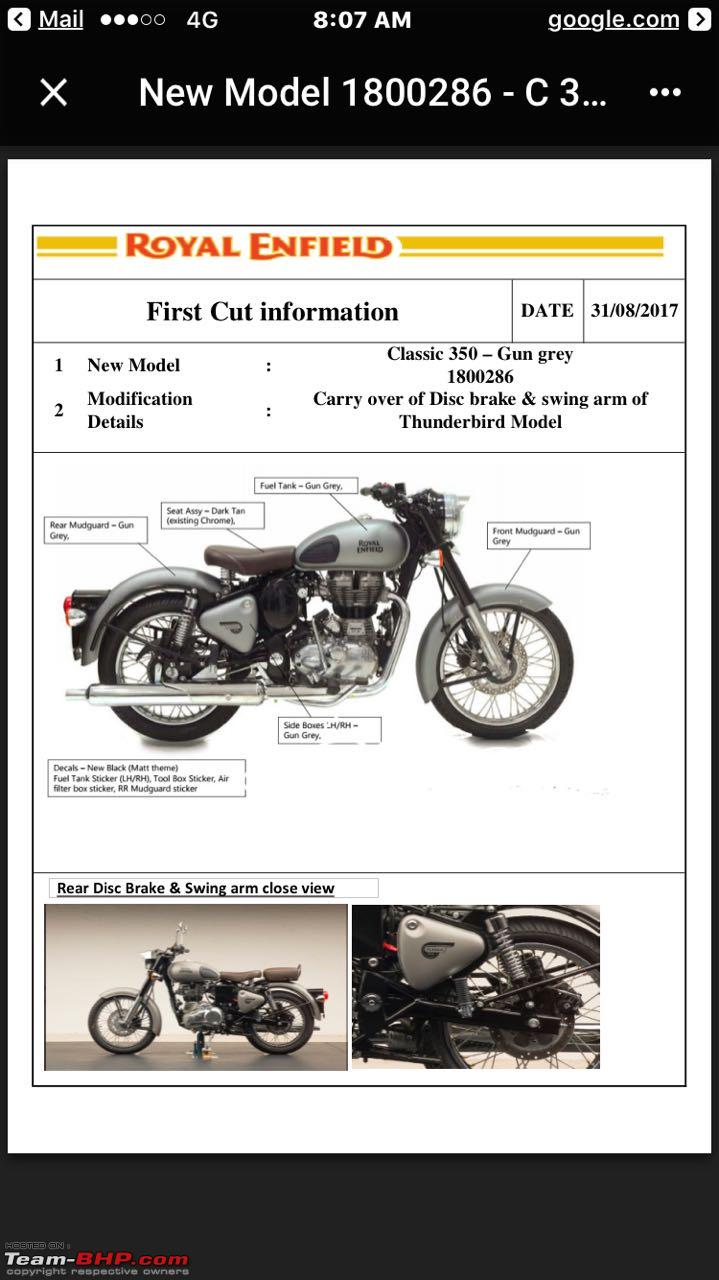 The biggest changes to both the models though are the mechanical updates that include a new swing-arm borrowed from the Thunderbird range and the addition of a disc brake at the rear. The new additions will also help the Chennai based manufacturer to equip both the models with ABS when the safety norms come into effect next year. It is highly unlikely that Royal Enfield will make any changes to the engine specifications of the Classic 350 and Classic 500. The company has not made any official announcement regarding the launch or prices although one can expect the details to surface in the coming days. Stay tuned for updates.