Home News Royal Enfield Classic 500 spied ARAI testing: What could be the changes? 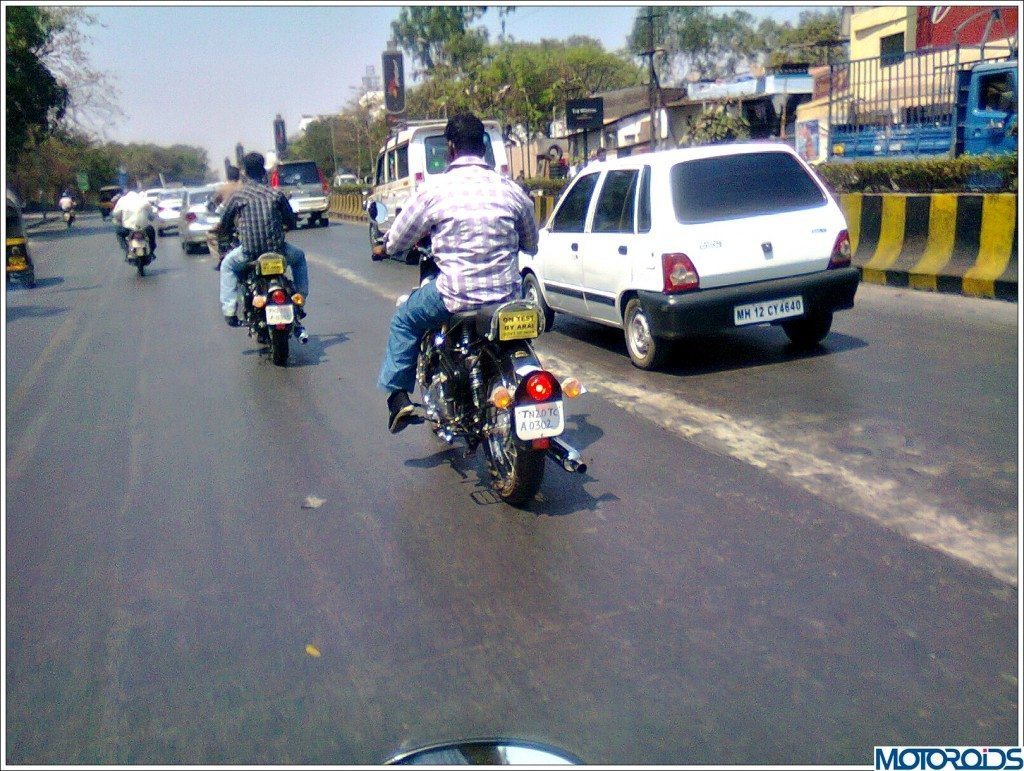 Motoroids reader and our friend Rohan Patil has managed to spy-snap a fleet of Royal Enfield Classic 500s wading their way through  Pune traffic. Though a prominent yellow sticker on the rear of the bike clearly reads “On test by ARAI”, but we’re left nothing short of scratching our heads wondering why an ARAI test on the existing lineup of motorcycles. 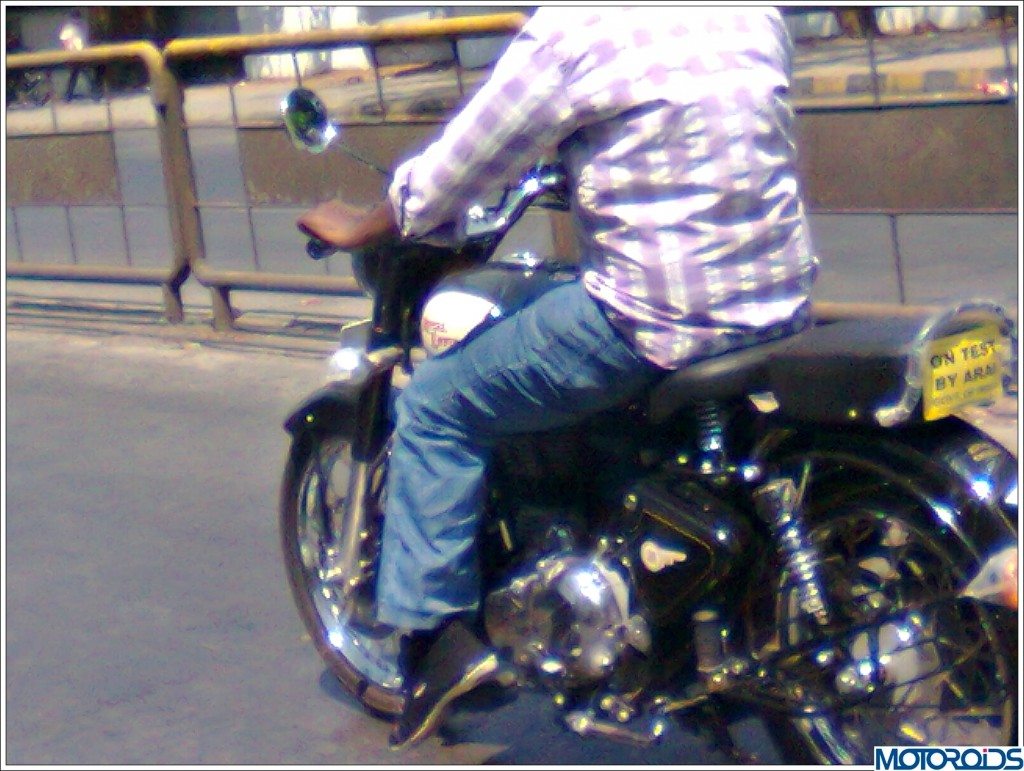 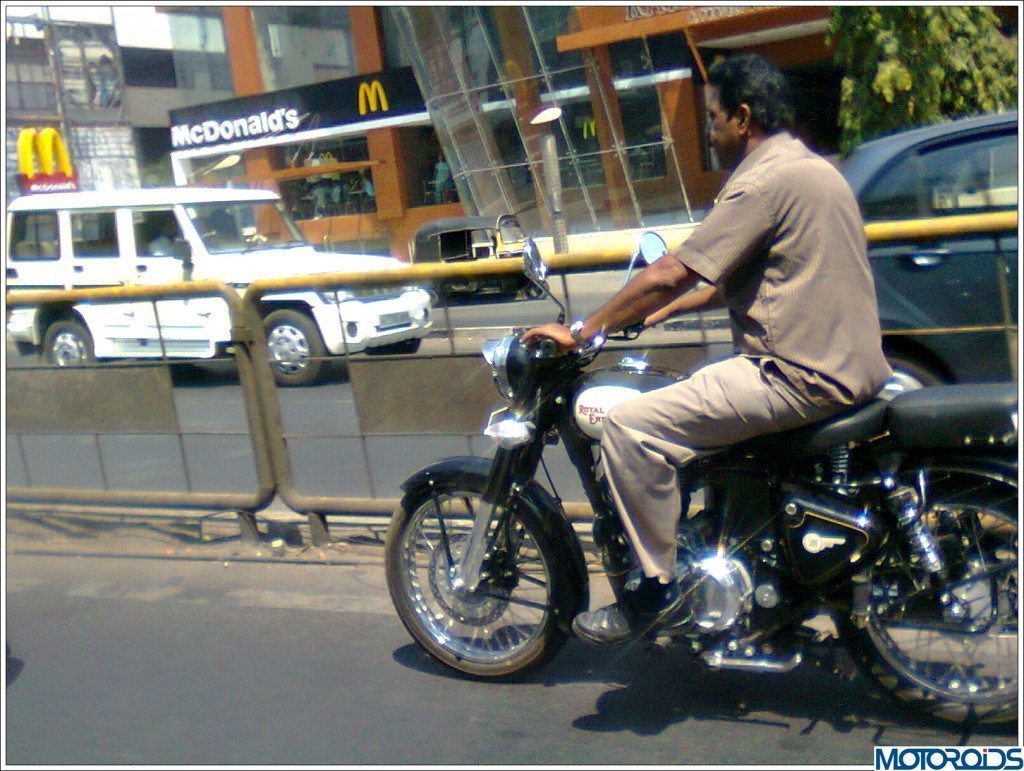 Even with a scrutinizing look, there seem no visual clues as to any difference of design in any part of the motorcycle and if there is, we’re sure it’ll be all internal. Giving a set of wild guesses, could this be a carbureted version of the C500 which would mean a cheaper variant of the motorcycle? Also it’s quite possible that a new and improved fuel injection might have been put in place for a crispier throttle response. On similar lines, won’t be incorrect either to speculate if the engine itself has been tweaked for smoother power delivery at higher speeds considering that despite bump in power figures compared to the earlier general RE motorcycles, the C500s doesn’t exactly feel at home during triple digit cruising. 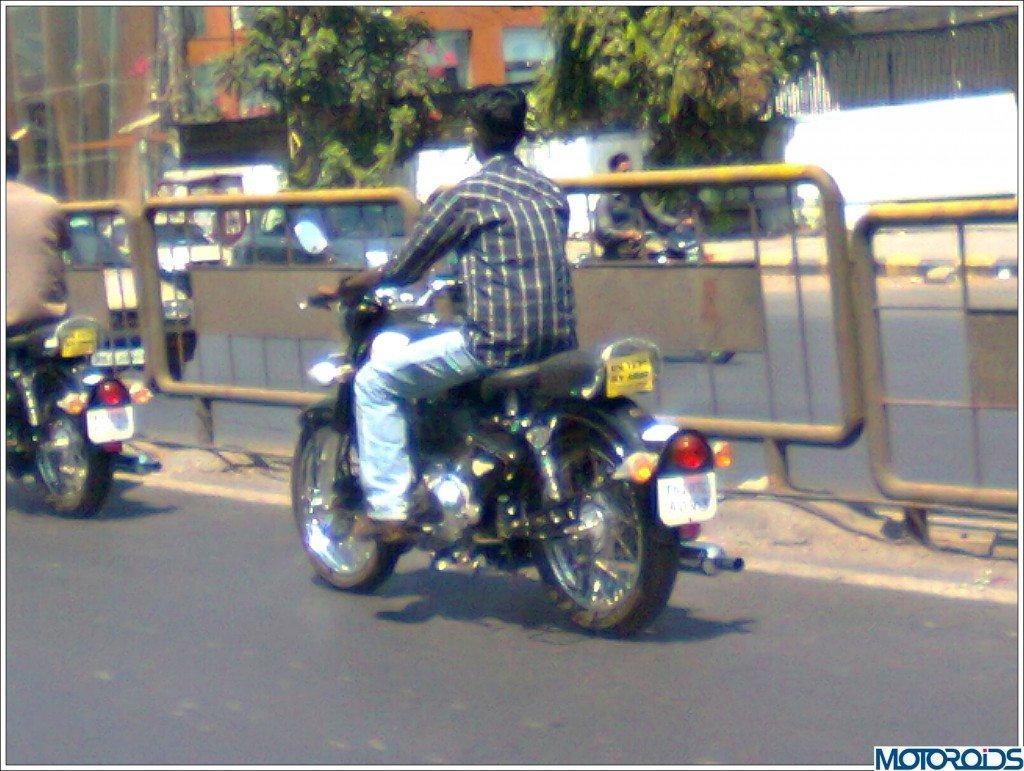 These are just a limited set of speculations we can make at the moment. But we’d like to ask our readers their assumptions about these C500s on the ARAI test. Is there anything apart from the guesses made above that you could think of? Do let us know.

On a different note, we wish the test riders were at least wearing their helmets.