Phil Mick is one of those several cases which are on the receiving side of disgusting human behaviour. Unfortunately, even at an early age, some of us feel the need to be superior and powerful, which they think can be achieved by displaying intimidating behaviour. These low lives find their share of joys by indulging in acts which make their target feel weak and oppressed, scaring them so much, it makes the victim even contemplate suicide in many cases. Which is what happened with 10-year old Phil, who admitted that people at his school were targeting him because of his weight.

Aware of the situation as Phil would often come home with bumps and bruises, Phil’s mother worryingly shared the experience with Brent Warfield, Director of United Motorcycle Enthusiasts, who immediately offered to help in a unique manner. As someone who was already playing his part in raising awareness about bullying and teen suicide, Brent gathered more than 50 of his biker friends and organized a special ride for Phil on his first day of middle school. 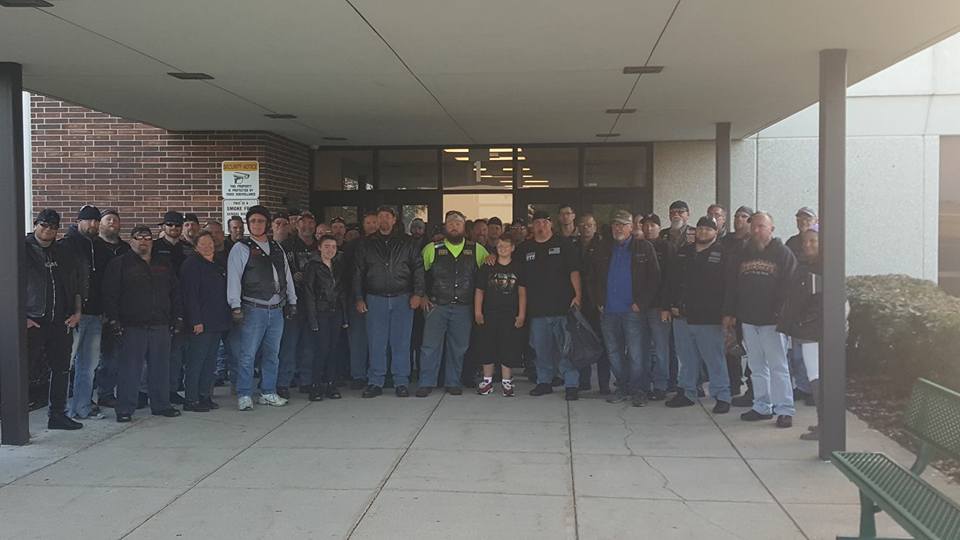 All his biker friends met Phil for breakfast that morning, prayed with him, and then escorted him to school astride their rumbling machines, sending a strong message to those who indulge in such shameful acts. And the message indeed was strong, as Matt Vince — the principal of DeKalb Middle School — said the boisterous roar of the motorcycles was impossible to ignore as they descended upon the school, adding that it vibrated off the school’s brick walls!