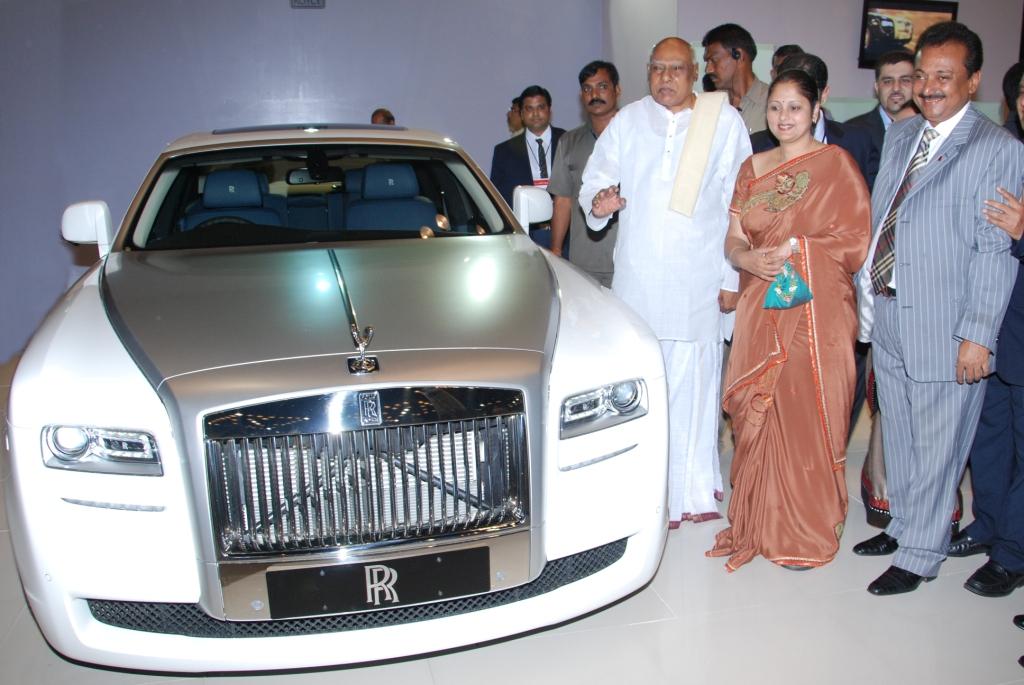 Rolls Royce Motor Cars have launched a dealership for the city of Hyderabad. This is the third Rolls Royce dealer of the country and the first in Hyderabad. The move by the super luxury car maker has made sure that their vehicle are now closer to the people. Hyderabad has some history with the popular luxury car maker. This is the city where long ago over 50 super luxury Rolls Royce roamed the streets . The owner of these cars was Nizam Mir Osman Ali Khan, last Nizam of the erstwhile state. It may be noted that the company has dealerships at New Delhi and Mumbai and plans to be represented in two more Indian cities by March 2012.

Rolls Royce recently launched its 6th model-Ghost Extended Wheelbase in the country. Herfried Hasenoehrl, Head of Business Development of Rolls Royce in India, Sri Lanka and Bangladesh told that between 1907 and 1947 there were a total of 3,600 Rolls Royce produced in Britain out of which as many as 1000 vehicles were exported to India.

Out of the 6 Rolls Royce models on sale in India, Phantom is the best seller followed by Ghost. The recently introduced Ghost Extended Wheelbase has a price tag of Rs.3.05 crores.