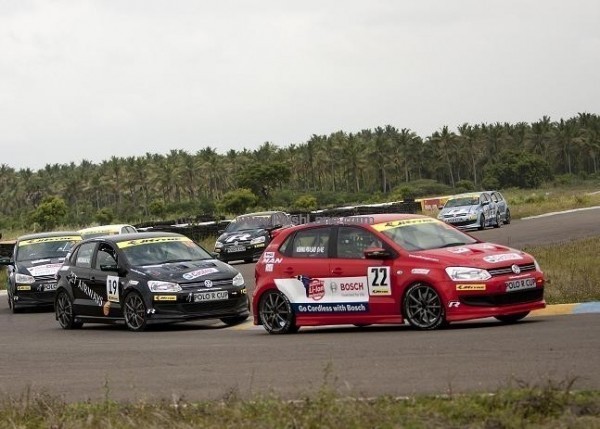 On December 17, 2011 Colombo, Sri Lanka will play host to 11 Race spec Polos speeding against each other in a Night Street Race. It may be noted that Sri Lanka is to have its first ever independent music festival, Electric Peacock Festival and the aforementioned race is a part of the inaugural Colombo Night Races, a prelude to the music festival. As many as seven out of top ten Polo R Cup India’s drovers will race against each other in this special event. The rest of the grid will be completed by four Srilankan guest drivers.

The Volkswagen Polo Race will play support race to the set of six different races to be held over the weekend. The race will take place on Saturday which will cover 10 laps of the circuit under the flood lights. The circuit has been developed out of the Colombo streets and should be an alluring sight with flood lights lighting up the night race.

Speaking about the upcoming event, Mr. Prithviraj Siddappa, Head of Volkswagen Motorsport India said, “We are thrilled to have this opportunity to race on the streets of Colombo in our first ever night race. This will be very encouraging and a learning experience for our young drivers as this is not a conventional race circuit. They will have to adapt quickly and tweak their racing styles. This exhibition race also means a lot for Volkswagen Motorsport as this proves the popularity of Polo R Cup in India and beyond. Races like these will definitely help us attract more talent for participation in the upcoming season of Polo R Cup.”

Detailed information on the Polo R Cup be found on www.polocup.in.