Just last week we reported about the upcoming SUV from the iconic British luxury carmaker- Rolls-Royce. Now, according to a report by Autocar UK, Rolls-Royce has confirmed that the Wraith Drophead Coupe will be the next new car from their stable. 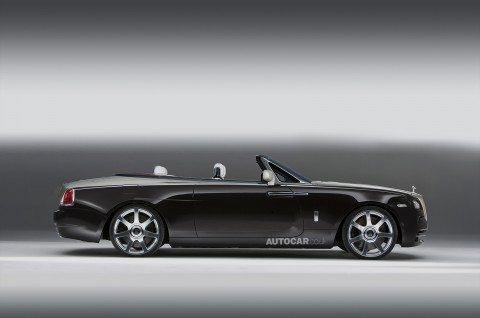 Speaking to Autocar Rolls-Royce boss Torsten Müller-Ötvös said, “the convertible version of the new Rolls-Royce Wraith will go on sale in 2015, taking its cues from the flagship Phantom Drophead Coupé.”

As with the Wraith, the company aims to target the younger age group people with the Drophead Coupe and broaden interest within the brand.

“The early signs with the Wraith are that it is achieving all our goals,” said Müller-Ötvös. “Most importantly, the reviews are very positive. The car delivers on the promises we made. We are also seeing that early orders are bringing in customers who haven’t bought a Rolls-Royce before and who perhaps wouldn’t have considered one.

“We have already had customers who own Ferrari’s come to us and place orders. They are not replacing their Ferrari’s, but they now see an alternative option, where they can travel quickly and with the ultimate luxury. That is very promising.”

Rolls-Royce have just launched the Wraith here in India, couple of months ago. The Drophead Coupe is likely to be launched globally by 2015, and we hope it enters the Indian market in 2016.