Riderless robot motorcycles could be Google’s next big product. Prototypes of such bikes have already been built, and they can balance and steer themselves on their own. 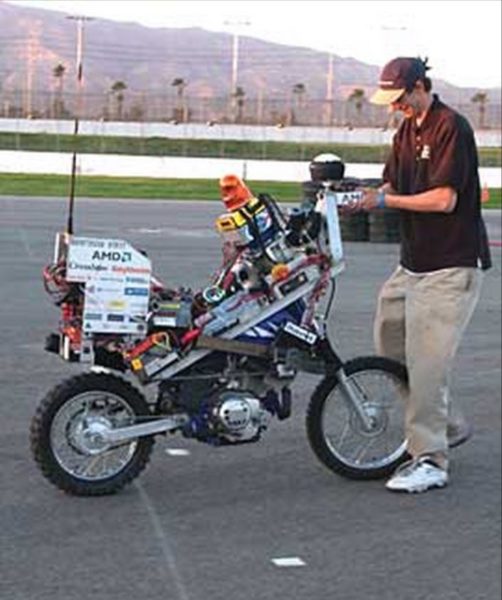 The project involving these riderless robot motorcycles has been named “Ghostrider”. Google has approached the California State Government for permission to test these motorcycles on public roads. This innovative project is led by Anthony Levandowski, an engineer. Anthony Levandowski has already witnessed the flip side of such a project. Few months back, there were some activist groups protesting outside his home. They were opposing his links to Boston Dynamics, a military robotics controller.

It is now known that Big G aka Google has enveloped Boston Dynamics and all its assets within its fold.

Google isn’t treading new ground with these autonomous vehicles. They have another project involving driverless cars. It has been a long drawn-out project, with the cars having clocked over one million kilometers. However, they are still hanging fire in the Prototype stage. Nevertheless, Google wants to move ahead with that project. It is being heard that they want permission for testing to be widened over a large number of driverless vehicles like trucks and buses.

Is Google killing an already-dying art?

Motorcycling is inherently risky in an environment littered with bigger vehicles. Motorcyclists everywhere have to face the scorn with which drivers of larger vehicles look down upon them. By enabling technology to take over riding, is Google paving the way for driving the last nail in the coffin of motorcycling? Isn’t it introducing drudgery and dullness in daily life by killing an activity that was a source of fun and joy to many?

Is Google creating a solution to a problem that doesn’t exist in the first place?

Would you welcome these riderless robot motorcycles with open arms?