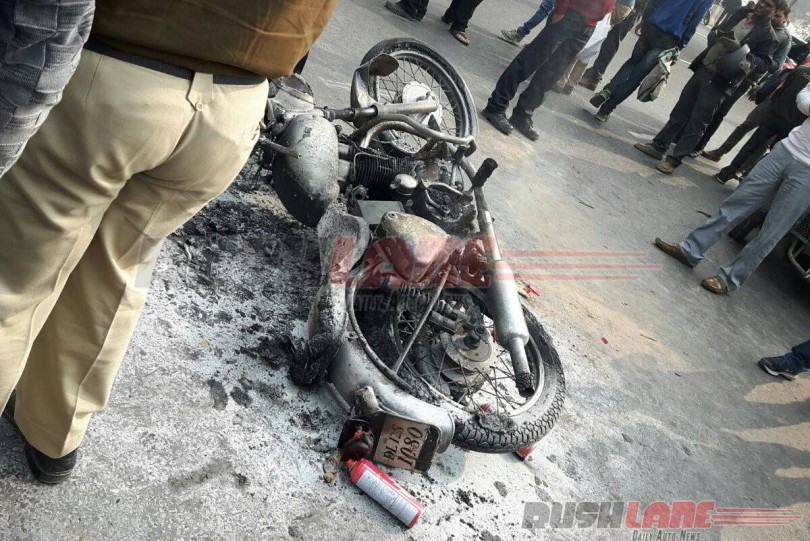 A man was reportedly charred to death after his motorcycle caught fire in South-West Delhi’s Shankar Vihar area. Reports suggest two different versions to the story although it is unclear which one is correct. According to witnesses, the victim, Manik Gaur, a resident of Vasant Kunj, was lying unconscious and bleeding after the accident. Gaur, an employee of a private firm, was travelling on the NH 8 on his Royal Enfield motorcycle around 2 P.M. on Wednesday when the mishap took place.

The first version suggests that Gaur was riding at a great speed and lost control of the bike which led him crashing the bike into a stationary tempo that was at the corner of the intersection. The tempo reportedly had a flat tyre which was the reason for its halt. The second version suggests that the bike was already on fire which led to Gaur losing control of the bike and eventually crashing into the stationary tempo. Locals used fire extinguishers to douse the flames, but in vain. 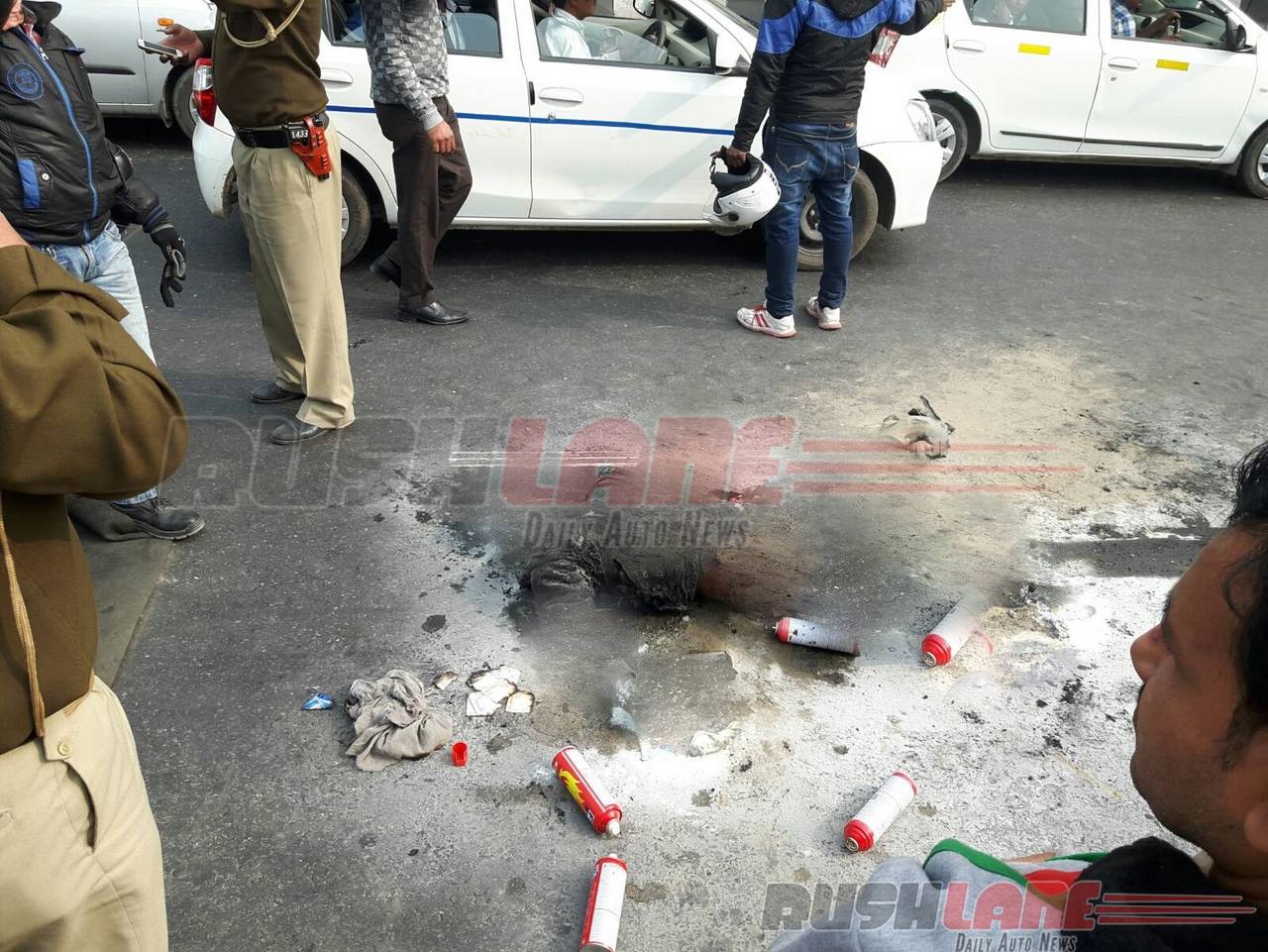 Initial reports, although unclear, suggest that a leak from the fuel tank following the collision could have lead to the fire. A post mortem report is awaited to determine whether his death occurred due to burn injuries or due to the impact of the crash. The police later informed the family after identifying the driver with the help of the motorcycle’s registration number. The body was then handed over to the family for the last rites.

Here is a video of the aftermath of the mishap: