Ready to make its debut in June 2019, Revolt Intellicorp’s first product will also be India’s first AI-enabled, smart motorcycle. A fully-electric two-wheeler, the company has revealed the first sketch of the new motorcycle which previews the aesthetics and form factor of the upcoming bike. Designed by Shivam Sharma, Chief Designer- Revolt Intellicorp, the bike does appear to be well-kitted and with its streetfighter appearance, if it does come out looking anything like it does in this sketch, it will generate a lot of curiosity. 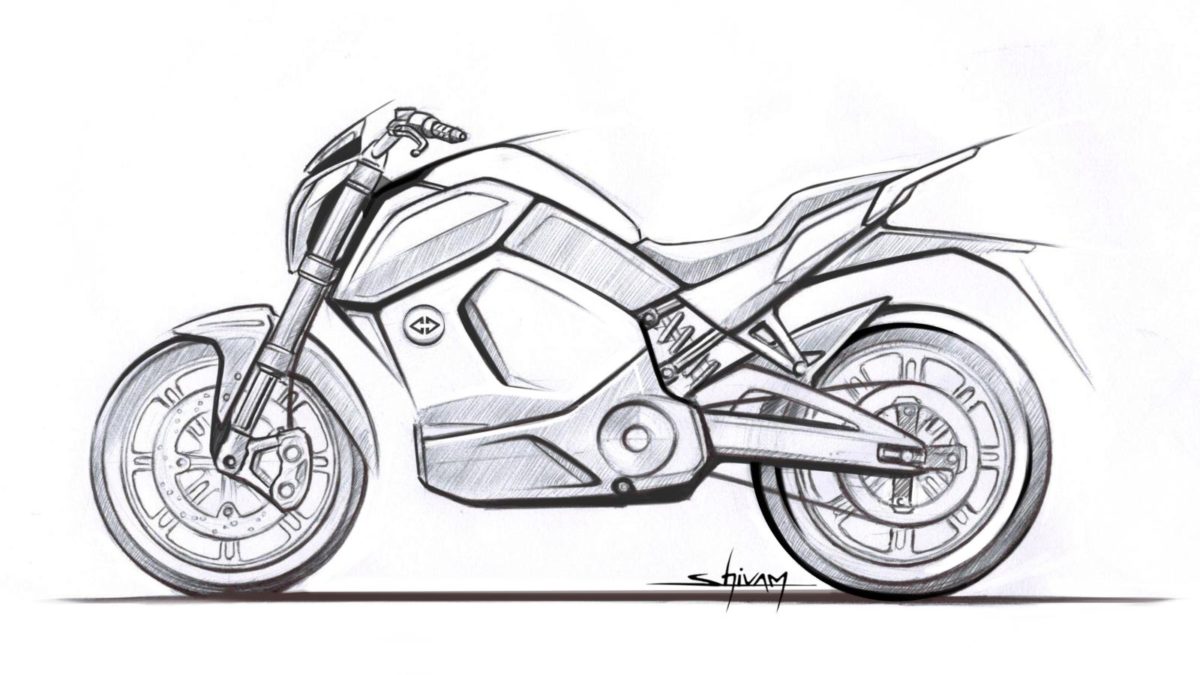 While the manufacturer hasn’t shared any details about the battery or the electric motor, yet, the sketches reveal that it could be equipped with sought-after equipment like USD front forks, a monoshock at the back, maybe a cast-aluminium swingarm, and a radially-mounted front caliper. According to Revolt, the vehicle has been designed keeping in mind the aerodynamics to ensure performance at par or over par when compared to an ICE (Internal Combustion Engine). They also state that since the vehicle is electric, it still doesn’t compromise on the performance, form factor or aesthetics, compared to conventional ICE machines.

Also Read: MG eZS Fully-Electric SUV To Be Launched In India In December 2019

Recalling his journey designing the all-new motorcycle, Shivam Sharma said, “It was an exciting process- designing our first EV and experimenting with entirely different dynamics. Apart from the technological prowess of the product, the stance and riding position make it a perfect everyday commute. It took us six months, three different directions and seven mockups to finally arrive at the design you will see coming alive soon.”

Headquartered in Gurgaon, Revolt Intellicorp Pvt. Ltd. is the brainchild of the man behind YU Televentures and co-founder of Micromax, Rahul Sharma. The company is already aiming for double-digit growth and production is set to begin at their Manesar plant, where India’s first AI-enabled electric motorcycle will be made and then launched by June 2019. Started with Rahul’s personal investment, the company will be looking for its first investment soon, as growth capital. A high-profile experienced R&D team based in Gurgaon has been working for close to 2 years with a joint vision of introducing India’s first AI-enabled motorcycle without compromising on the performance or aesthetics.