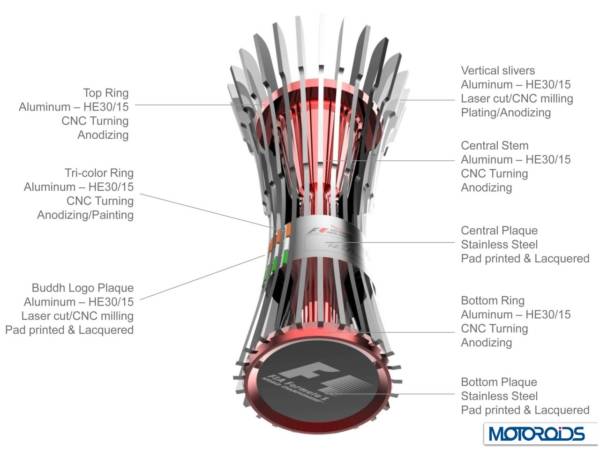 The cup is created with 24 metal slivers that are assembled around an axis, inspired by the 24 spokes of the ‘chakra’. The material used to aptly depict this fusion is aircraft grade light-weight aluminium. The colours green, white and saffron are imbedded in the gaps between the slivers depicting a subtle expression of the Indian flag. The final avatars of the cup use a resilient ion-plating and anodising of aluminium to create a unique blend of metallic black, red and silver. 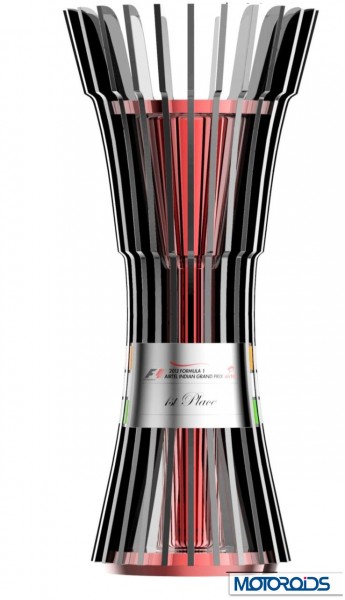 The brain behind The 2013 Airtel Indian Grand Prix trophy, ace trophy designer Michael Foley has various grand projects to his credit including the laudable commonwealth’s queen’s baton. An alumnus of NID, Michael has every bit of “Indianess” in him which he further translates in his designs. He set up his own design studio ‘Foley Designs’ in Bangalore, a couple of years ago. 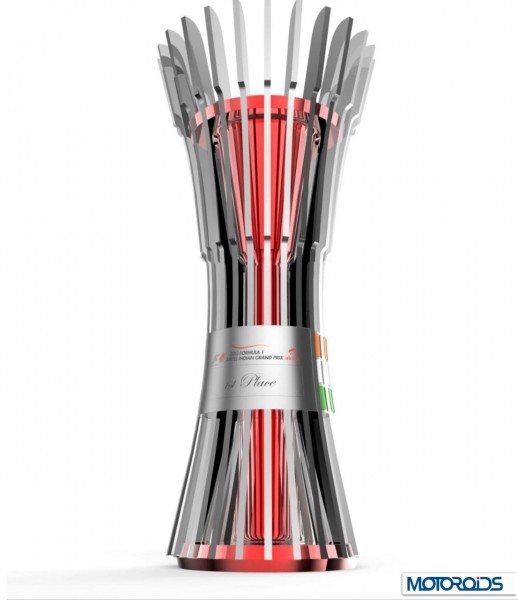 According to the design firm “Final trophy is an interesting combination of sports, technology, glamour, entertainment and youth – and we wanted the trophy for Airtel Indian Grand Prix to reflect each of these elements. After a lot of design work, we finally arrived at a trophy that is a perfect blend of contemporary and traditional India. The conceptualization stage lasted over a month and the final trophy in production now.”

ARE YOU IMPRESSED? DO LET US KNOW