Early morning yesterday, we presented before you a couple of leaked official pics of the new generation 2014 MINI. The new MINI was unveiled just a few hours after those images surfaced on the cyber space and here is a full report on the latest iteration of the iconic car. 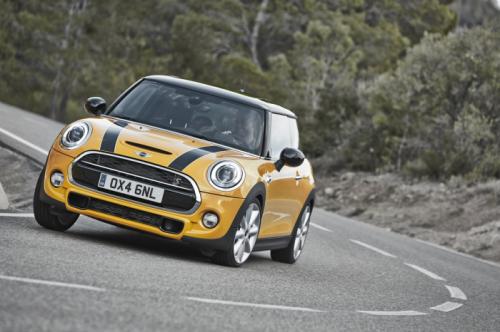 The new MINI has MORE on offer!

The name MINI almost betrays the new car, what with it getting as much as 98mm longer, 44mm wider and 7mm taller than the outgoing model? The wheelbase too is longer by 42mm (now stands at 2495mm) and the track widths have been enlarged by 42mm (at front) and 34 mm (at rear). All this means that the latest gen MINI not just boasts of more space for passengers but also has a 30 percent larger boot space.

Looks same as before?

Visually, the new MINI boasts of a styling that is more evolutionary than revolutionary. True, the car doesn’t share even a single body panel with the outgoing model but park the new and last gen models together and only those with an IQ of a cauliflower would miss the relation between the two cars. Also, worth a mention here is that the new MINI’s design has hints of the Rocketman design study that we saw earlier.

The new MINI will come with Variable Damper Control (that offers Comfort and Sport settings), 15-inch alloy wheels (on Cooper and Cooper D), 16-inch alloys for the the Cooper S, an 8.8 inch screen for the infotainment system with iDrive-like controllers, and a host of other standard and optional features.

What’s under the hood? 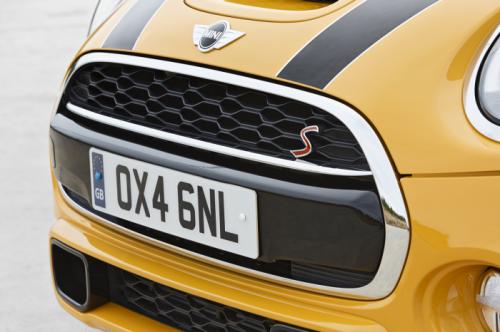 The new MINI will go on sale with three turbocharged Euro 6 compliant engines, all of which would boast of stop/start technology.

All the three engines would send power to the front wheels via six-speed manual gearbox or an optional six-speed auto. The sport version of the automatic variant will also have quicker shift times and paddle shifters.

Sometime in future, the new 2014 gen MINI will also get a more powerful diesel engine (that would power the Cooper SD) and a set of entry level motors that would find home under the hood of One and One D. 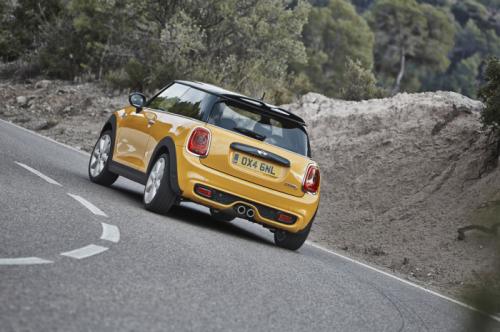