Just a few days back had we reported of the new Husqvarna TC300, the first motorcycle to have rolled out after Pierer Industries AG owned by Stefen Pierer- CEO of KTM Sportmotorcycle AG acquired the brand from the BMW Group.

The Sweden based manufacturer alongwith the Husqvarna TC300 has revealed its 2014 motorcycle lineup to the international media at Uddevalla, Sweden. Depsite the headquarters of Husqvarna located in Varese, Italy- the launch event was held in Sweden as the manufacturer’s tribute to the brand’s long term association with the country.

All Husqvarna motorcycles are now manufactured at Mattighofen in Austria (we all know why) stated to be one of the most advanced manufacturing facilities in the European Union. The 2014 Husqvarna range comprises of motorcycles with capacities as low as 85cc uptil 450cc offerings comprising of two strokes as well as four stroke models. 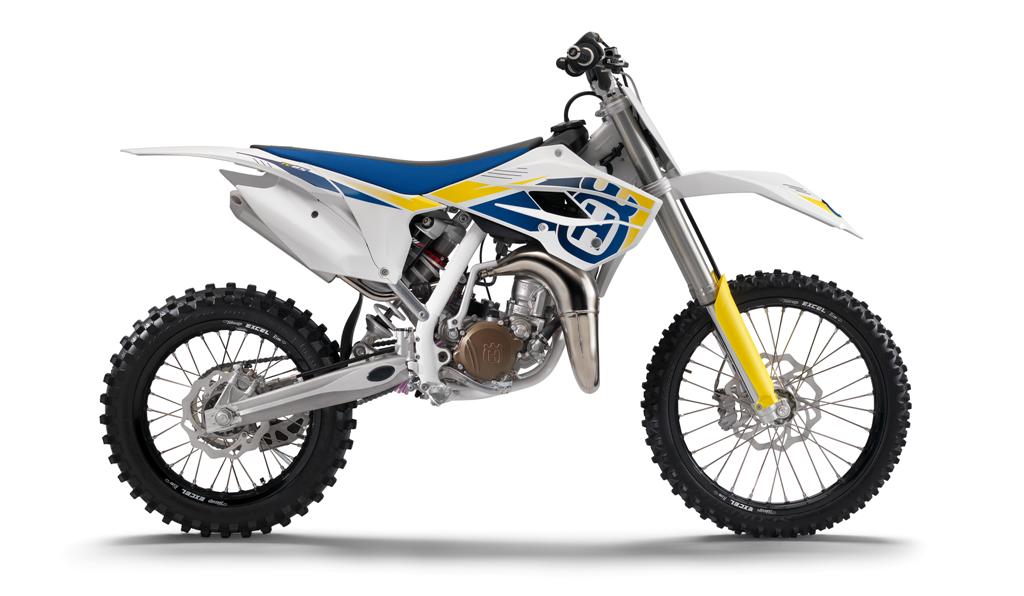 Starting with the smallest model, Husqvarna has unveiled the TC85 Minicross for young offroaders. Powered by a 85cc two stroke engine mated to a six speed gearbox. Other features include a super light chromium molybdenum steel frame with a polyamide rear subframe- a first for motocross machines, an integrated crankcase cooling with two radiators, completely adjustable WP suspension, a single component casting rear swingarm and four piston caliper radially mounted brakes (phew- so much for an 85cc bike!) 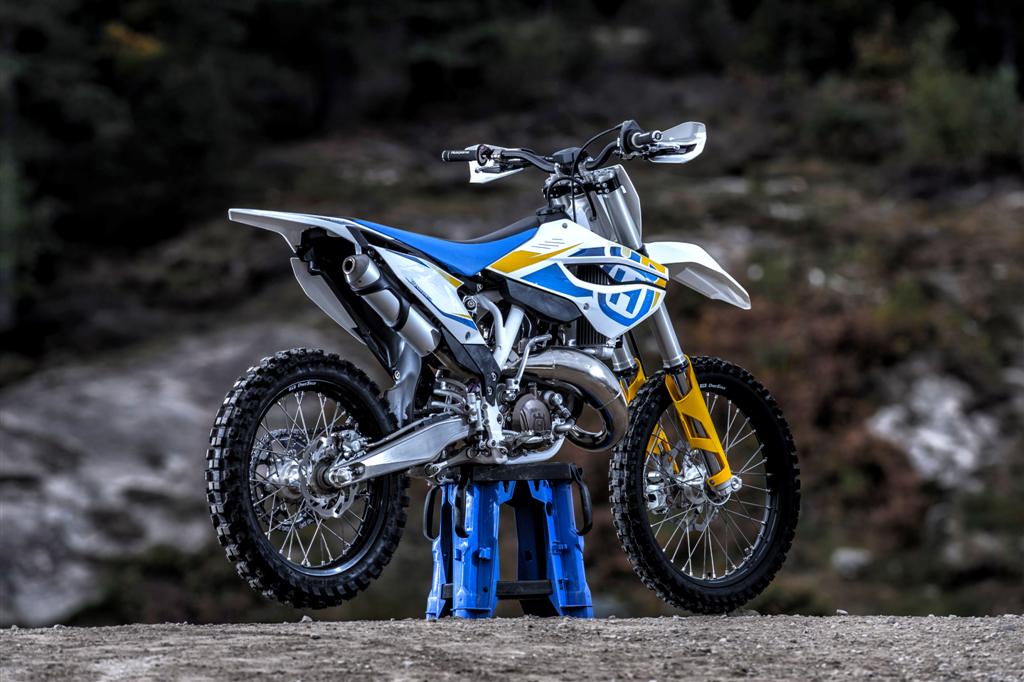 Next on the list is the TC125- and as the model suggests, is powered by a 125cc 2 stroke engine again mated to a six speed gearbox. Though most of the specs read similar to the TC85 Minicross, the 125 features a a sophisticated power valve for maximum performance across the rev range. Also a new generation of intake reed blocks have been incorporated for maximized intake flow. 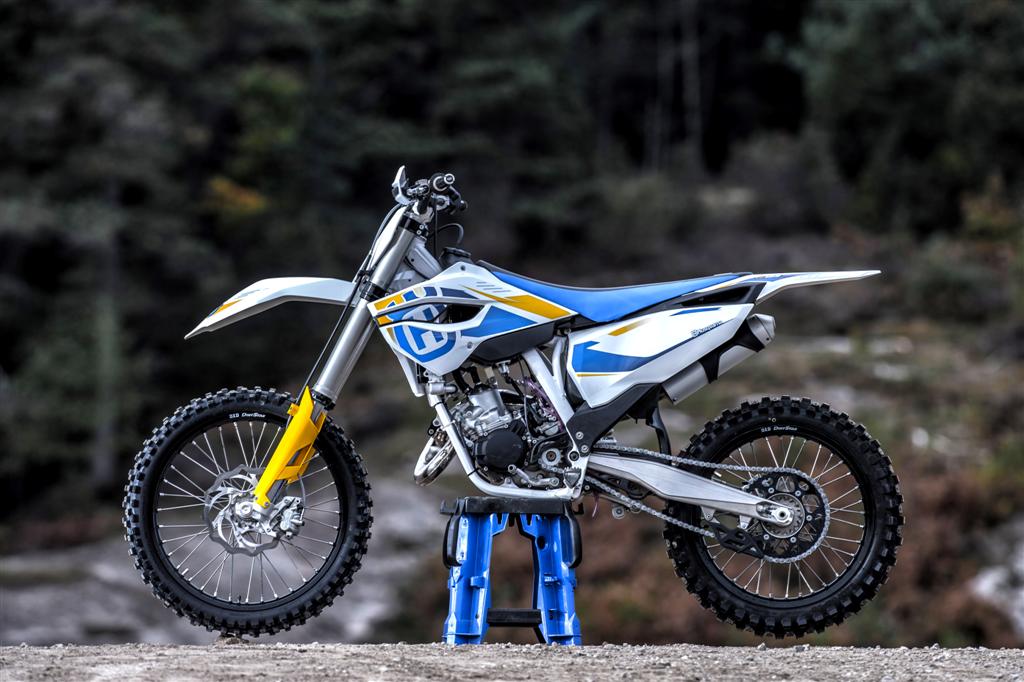 The two stroke Husqvarna TC250 gets a DDS Clutch (Damped Diaphragm Steel)- as seen on KTM offroad bikes with a Brembo Hydraulic system. The CDI Unit on the TC250 features two ignition curves operated by a Husky Power Map Select Switch- that can be selected based on rider preference and track conditions. Unlike the smaller variants- the TC250 gets a 5 speed gearbox. The TC250 is upgradable to 300cc with “Husky Power” range of special parts. 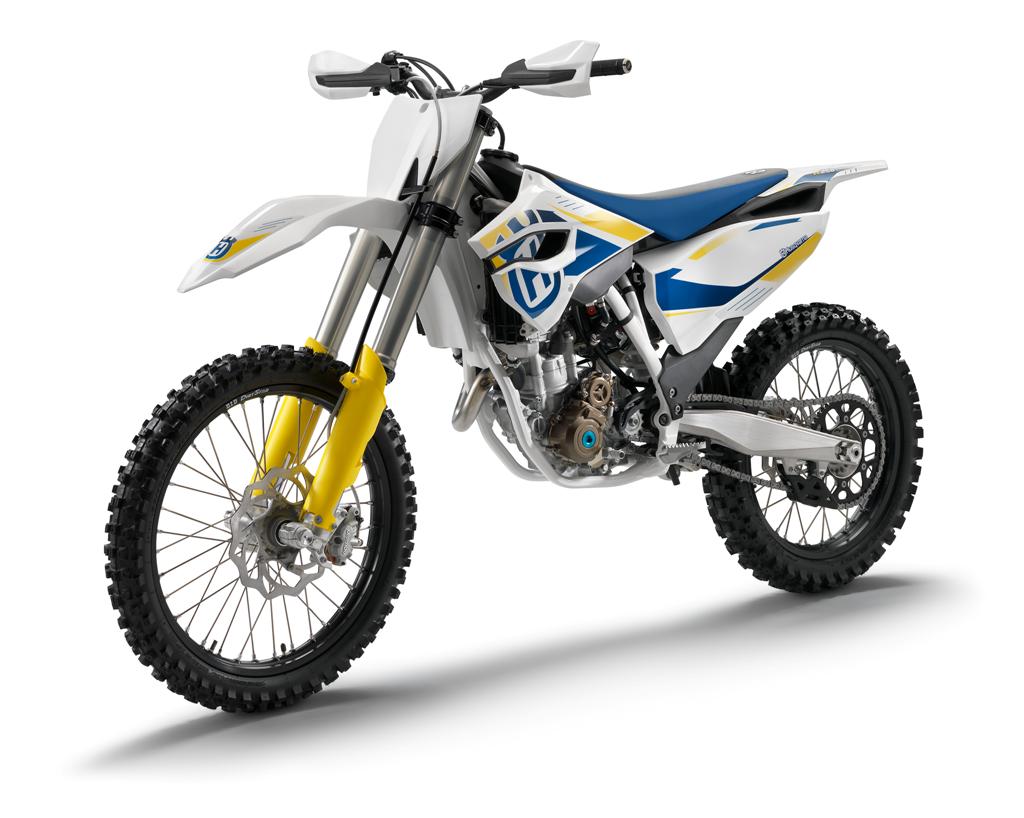 In addition to the two stroke range, Husqvarna would be offering a powerful 4 stroke lineup with high revving engines. The Husqvarna FC250 features a compact and lightweight 250cc 40 bhp DOHC 4 stroke engine capable of revving till its 14000 rpm rev limit. Featuring a light piston and titanium valves weight as light as 19.6 grams for the intake and 18 grams for the exhaust valve, weight saving on the FC250 is also evident on usage of a König forged box-type piston that weighs only 200 grams. A counter-balancer shaft keeps the vibes to the minimum while the engine is revving to it’s crazy limits. The FC250 also comes with a 5 speed gearbox. 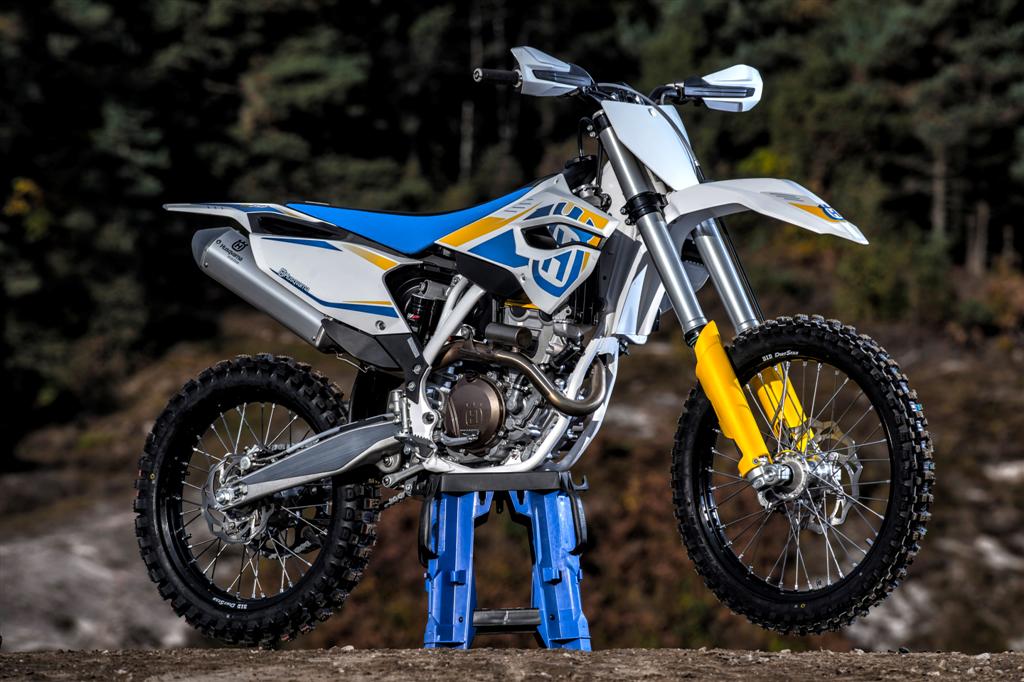 For the first time, Husqvarna has been offering a 350cc variant in the MX1 category. Powered by a four stroke 350cc engine that peaks out at 50 bhp with a 13000 rpm rev limit, the FC350 too features lightweight hardware giving it a tremendous power to weight ratio. A lightweight CP-Carrillo forged box-type piston alongwith thin wall pressured die-cast engine cases, the FC350 has been engineered for performance on par with its 450cc rivals. 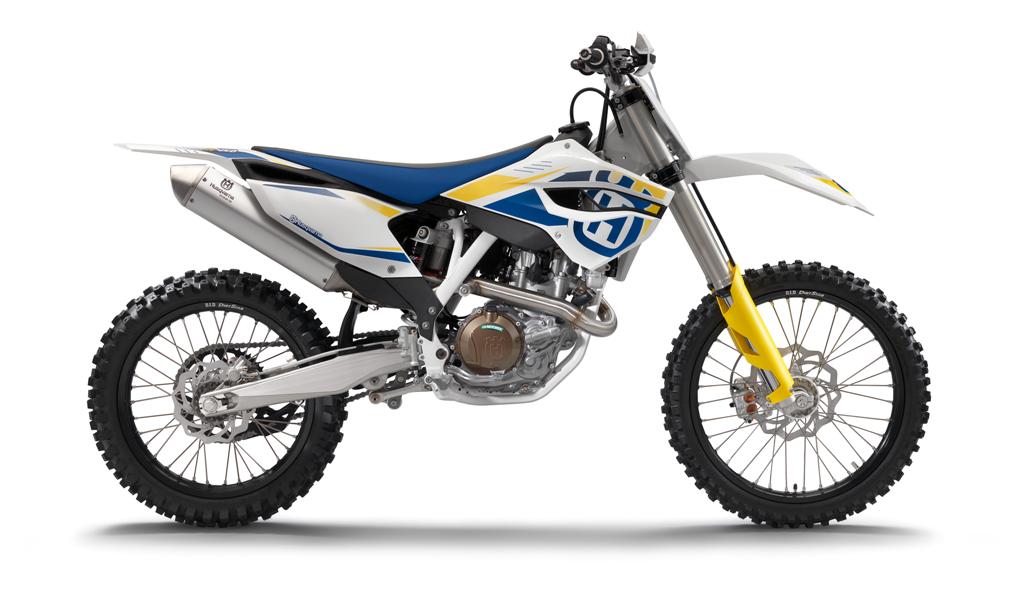 And finally a 450cc variant concludes the 2014 lineup. The Husqvarna FC450 powered by a SOHC four stroke engine cranks out 60 bhp of peak power with a 11,500 rev limit while incorporating similar light weight cycle parts. While a 5 speed gearbox, a DDS Clutch and most features have been retained from the other models, the FC450 comes without a kick start towards added weight saving.

Husqvarna states that the new offerings would be appreciated by all riders at various levels. The 2014 Husqvarna motocycles would be available from November 2013 onwards.