After being away from racing action for two weeks, for what is effectively the 2020 MotoGP season’s ‘summer break’, the Repsol Honda Team has arrived fresh in Misano for back-to-back races. This is the third of five occasions in 2020 in which the MotoGP World Championship will race twice at the same circuit. The 4.3-kilometre-long circuit has produced some thrilling races, including the 2019 edition where Marc Marquez put on an incredible show to win on the last lap.

Two restarted races in Austria helped Rookie Alex Marquez to deepen his understanding of the MotoGP class and focus on his speed in the opening laps. But Alex is now hoping for a calmer weekend and is determined to return to the points after failing to score for the first time in the premier class. 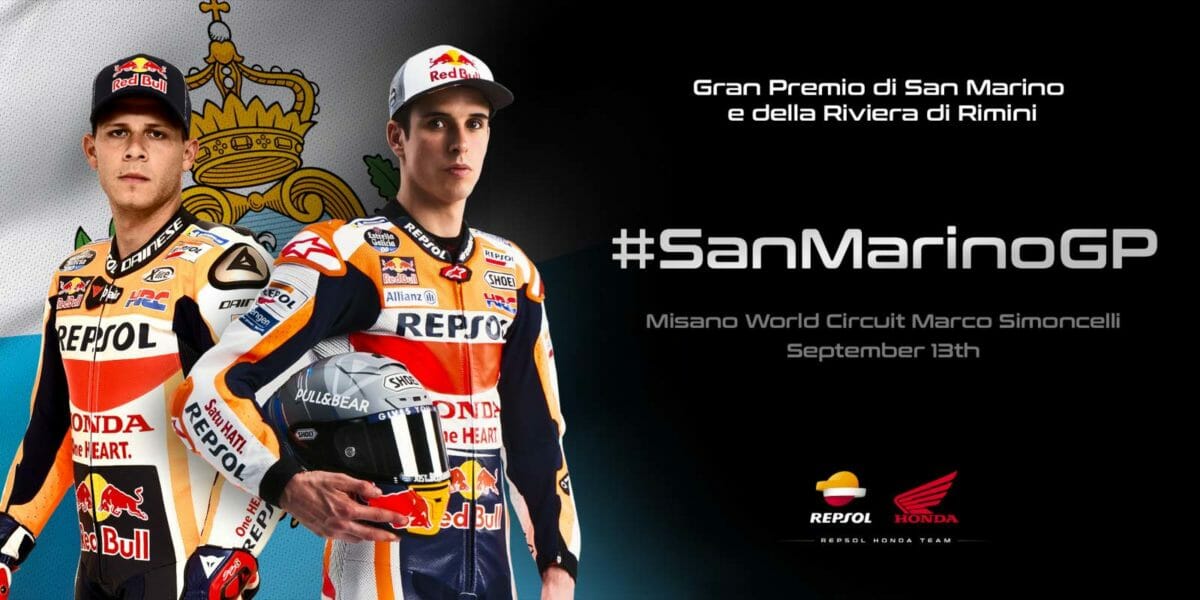 This is not Alex’s first time riding an RC213V in Misano, having done a shakedown back in 2016. In 2019, Alex achieved one of his three career podiums in San Marino on route to the Moto2 World Championship title. As Marc Marquez continues to recover from injury, Stefan Bradl will again deputise the eight-time World Champion for the upcoming San Marino GP. The German returns to the Italian circuit having tested there just after the two races in Austria. It will be his first race outing at the circuit since 2018 when Stefan was a wildcard aboard the Honda RC213V. Bradl is again looking to close in on the points while working with HRC to continue the development of the Honda.

What Alex Marquez had to say

“It has been nice to return home, relax a little, see the family and keep training. Austria did not go exactly as I wanted it to, but I am determined to come back stronger this weekend. We had a good battle and result in Misano in the esport race earlier this year, hopefully, we can have a good race again! Misano is a circuit with a lot of variety, the tight opening section and the faster back section.”

What Stefan Bradl had to say

“I am happy to be back with the Repsol Honda Team for Misano. We made some good progress in the first three races and I have good experience around Misano. Like always, it’s going to be a busy weekend, but we are starting with more information and data than the previous rounds which will help us be stronger from the start. Let’s see what the weekend brings.”

Miguel Oliveira and Tech3 KTM took a shock victory in a 12-lap Styrian MotoGP sprint at the Red Bull Ring. Oliveira swept past both, the Ducati of Jack Miller and KTM of Espargaro as they fought at the final corner! Prior to that, the race was red-flagged by a huge crash involving Yamaha’s Maverick Viñales.

At the restart, along with Jack Miller and Pol Espargaró, Oliveira aced the second start and hung on for 12 laps to emerge from third place. He powered by the battle between Miller and Espargaró with just a few hundred metres of the race remaining to win his and Red Bull KTM Tech3’s first premier class Grand Prix.