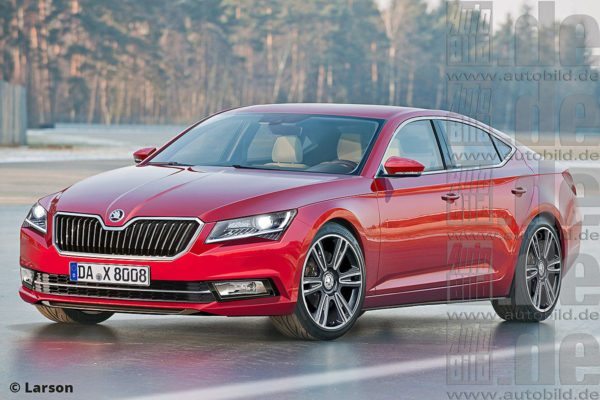 Skoda is dropping the veils off the India bound 2015 Superb slowly. After a bunch of photos (see gallery below), and a couple of official renderings (below), the VW-owned Czechoslovakian car-maker’s flagship sedan has now been unofficially rendered by AutoBild 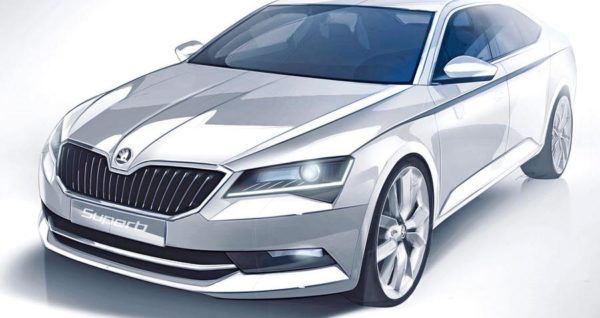 Generously influenced by the Vision C Concept that made its debut at the Geneva Motor Show earlier this year, the 2015 Skoda Superb is reportedly being readied for a February 2015 unveiling. The overall visual philosophy will move away from the current Superb’s bulky stature towards a more edgier, athletic physique. The front will borrow those sexy, sharp head-lamps from the Vision C, although they have been toned down to a more production friendly specification. Even the new bonnet’s contours are analogous to the Vision C’s and culminates in the new Skoda corporate grille, along with new, edgier front bumper-work. 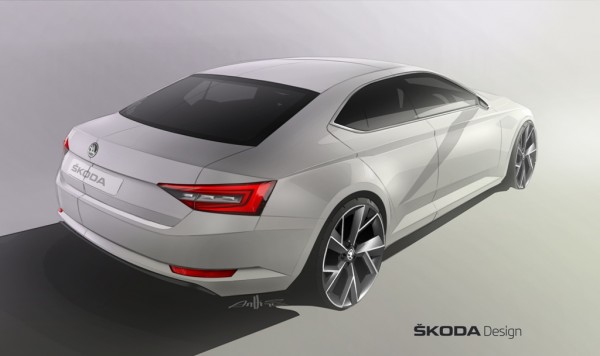 The sides get a high set waist line, and a much narrower glasshouse than its predecessor, again, quite like the Vision C and also the new Octavia. The rear is a production-spec crack at the Vision C’s behind, with all-LED tail lamps. Overall, the new Superb, based on VW’s MQB modular platform promises to be more stylish and powerful than ever, with a range of cleaner, yet more gustier 4 cylinder diesel and petrol motors, along with a petrol V6. Despite the car reportedly being set to grow by 20 mm and the wheelbase being stretched by 80 mm, it’ll be get lighter by around 75-80 Kgs as well. The new Skoda Superb will make its world premiere in Prague in the middle of February 2015, followed by its introduction at the Geneva Motor Show in March. The market launch is planned for mid-2015 for Europe, and autumn for the UK. Stay tuned!