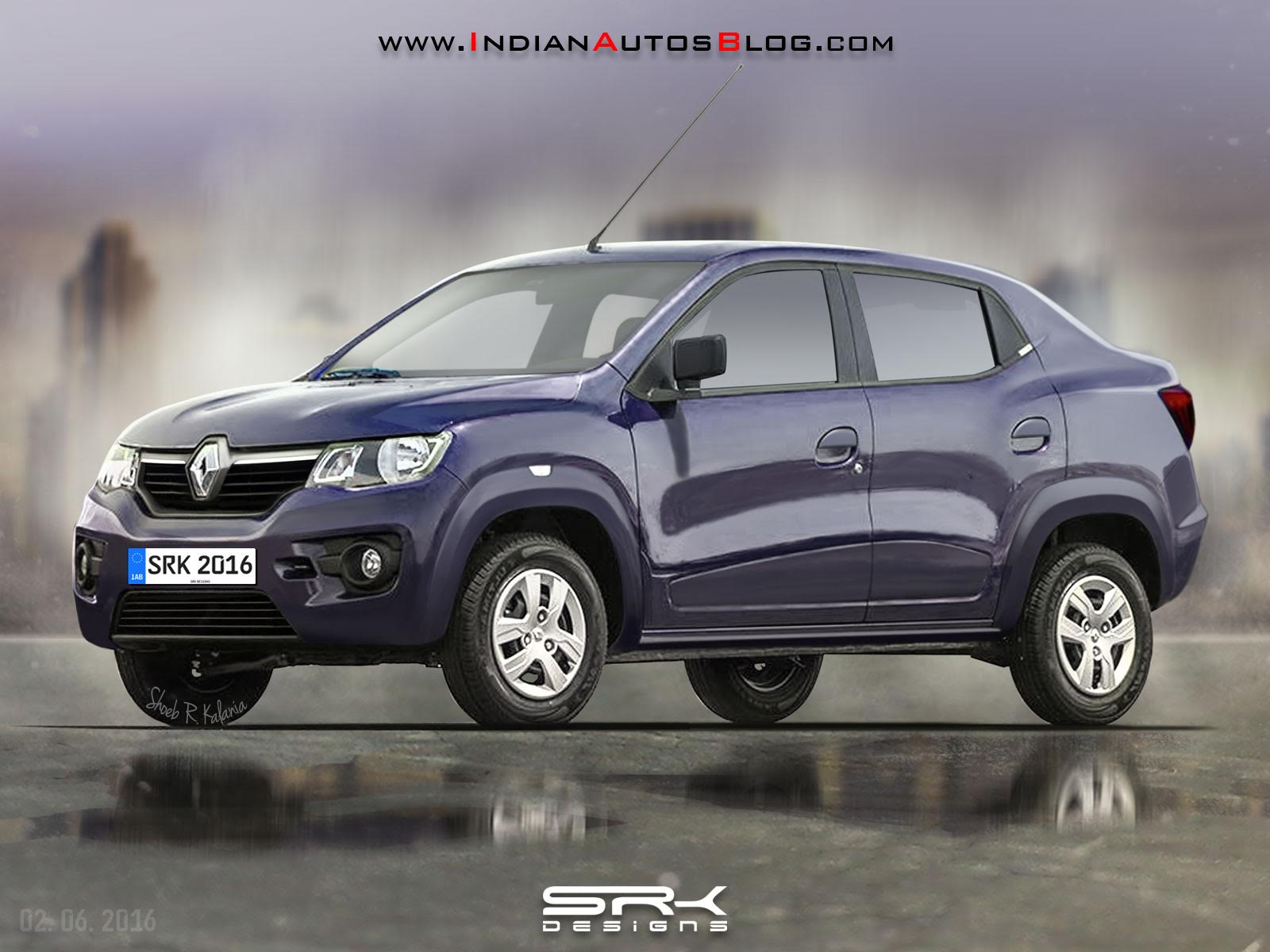 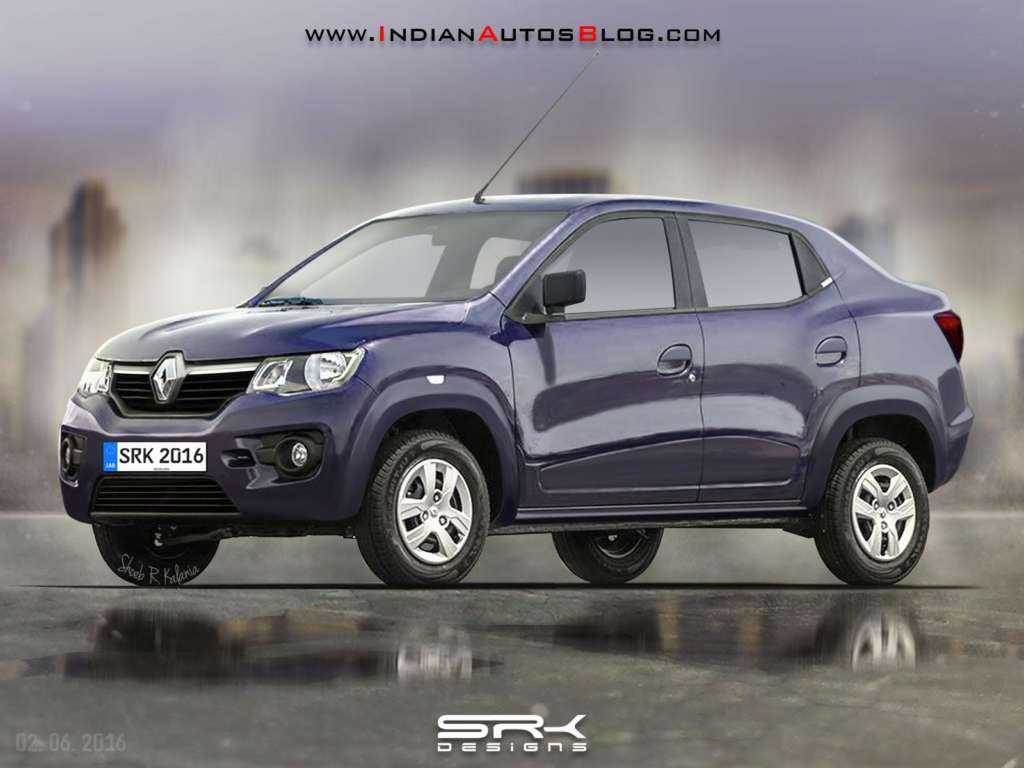 We all hope the future will be talking about the Renault Kwid as the small wonder that ultimately saves the Reanult-Nissan Alliance in India. Meanwhile, the Kwid’s CMF-A platform will also spawn a few upcoming products, like the Kwid based compact sedan that’s been rendered here.  Code-named the LBC, the sub-4 meter compact sedan is said to be in its initial stages of development.

The rendering, a pretty direct one at that, stretches the Kwid, giving  it a longer wheelbase and a stubby boot. Rest assured, the final design will be more convincing as a three-box car. Once it goes on sale sometime in late-2017, or even later, it would be Renault’s third sedan offering in the country, after the slow selling Scala and Fluence models. It’ll also be India’s cheapest sedan, unless ally Datsun is planning something on the same lines.

Expect the Kwid sedan to be feature rich for its price, apart from offering a highly efficient petrol engine that could very well be the 1.0-litre motor pegged for the Kwid SCe. Other technical details are scarce at the moment, but expect an AMT along with that engine, along with a chrome filled external appearance. The Kwid sedan could also start its own sub-compact sedan segment.