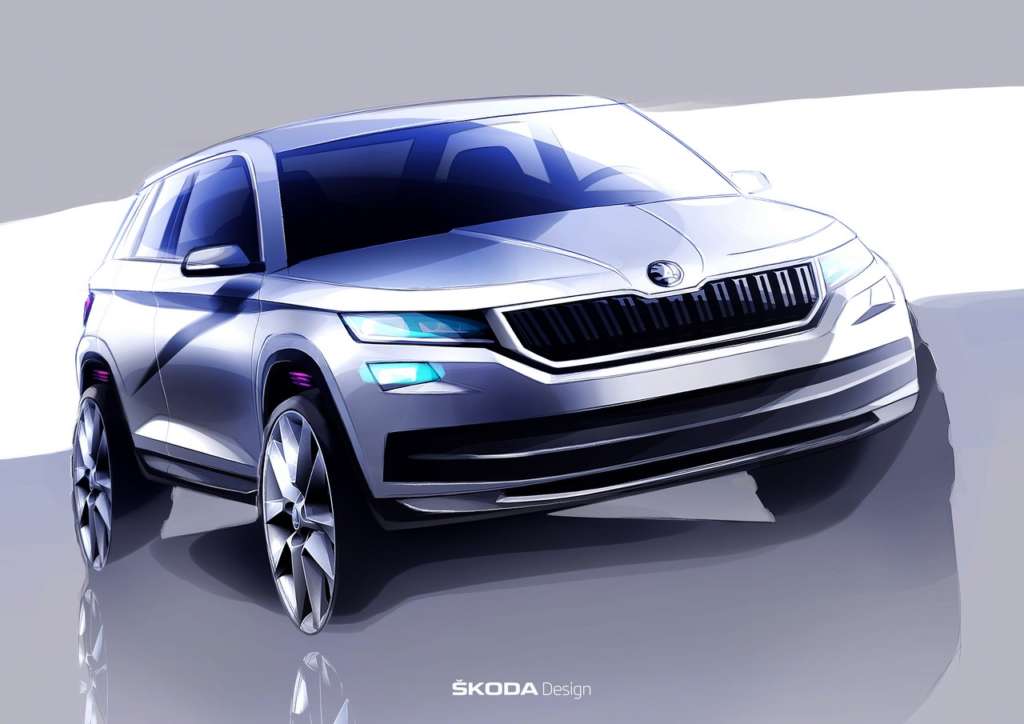 Skoda Design has released a couple of design sketches for their upcoming Kodiaq 7-seat SUV. With styling that’s inspired by the Vision S Concept (gallery below), the new Kodiaq, named after a species of Alaskan bear, shows off its production friendly body panels in these sketches. Highlights include a split headlamp setup, the new family grille with chunky, twin slats and edgy bodywork. The Kodiaq will be based on the Volkswagen Group’s modular MQB platform, and will become the VW-owned, Czech manufacturer’s largest SUV. 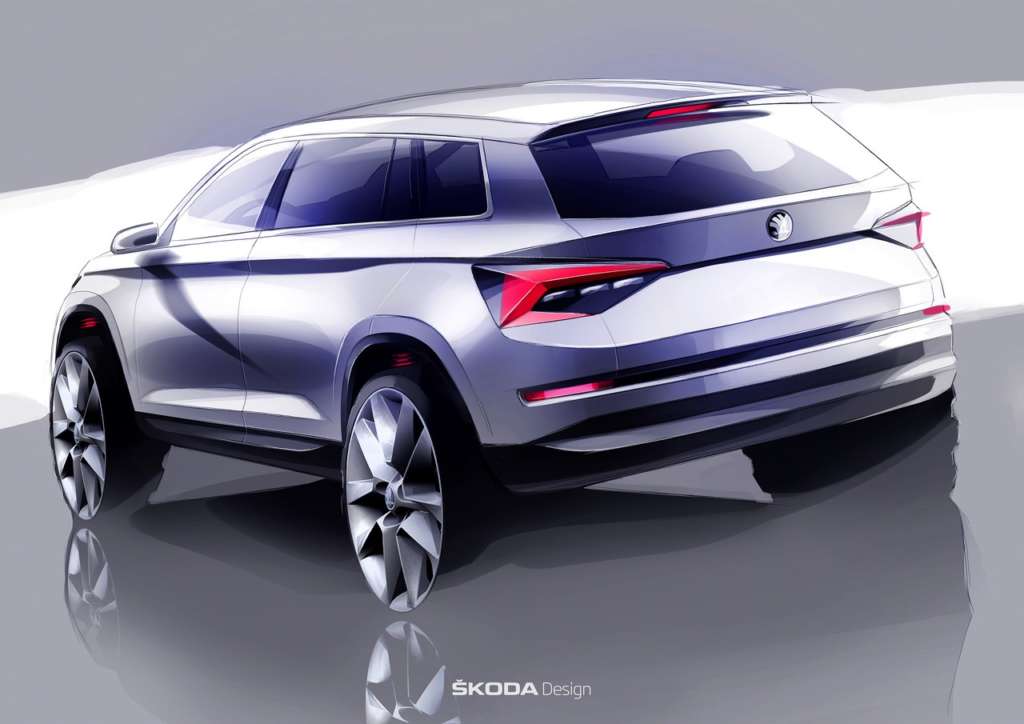 The Kodiaq is expected to get a 2.8 meter long wheelbase, along with 4.7 meter length in order to accommodate that third row of seats. When it goes on sale in Europe later this year, the Skoda Kodiaq will draw power from a range of turbo-diesel and turbo-petrol engines clubbed to a choice of manual or dual clutch automatic transmissions. An all-wheel-drive option will also be available, while a a plug-in hybrid model is expected to join the range at a later stage. An Indian launch of the Kodiaq is expected sometime in 2017.