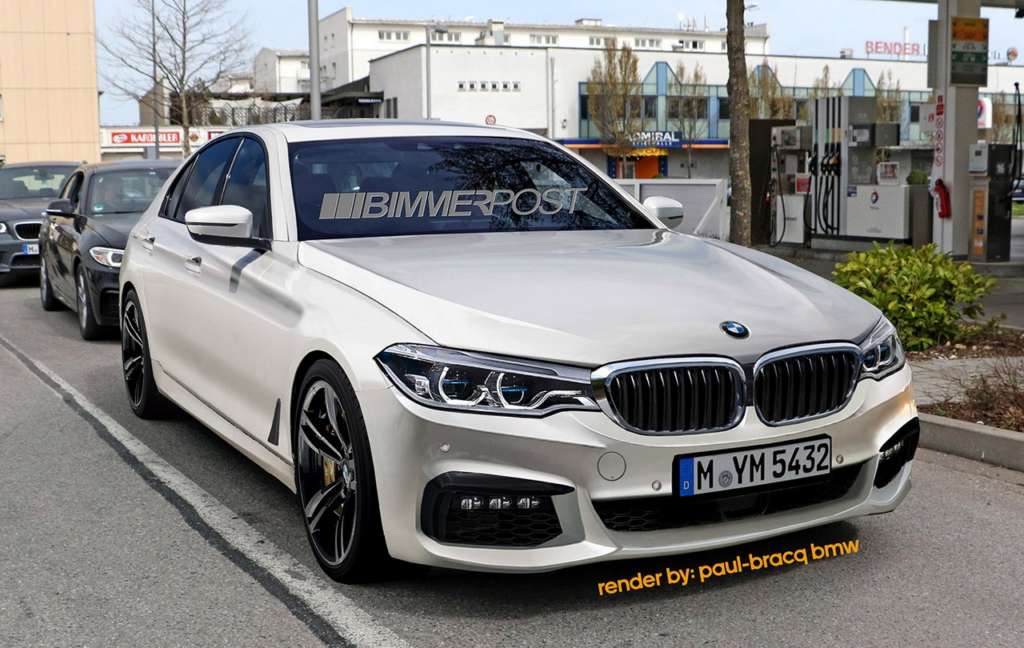 Soon, replacing the current generation BMW 5 Series (F10) will be the new one (G30), which is expected at the 2016 Paris Motor Show on October 2016. Based on spy shots, BIMMERPOST forum member Paul-Bracq-BMW has created exterior renderings of the 2017 BMW 5 Series. The new design will be strictly evolutionary. The front end will see the Laser lit headlamps merge without metal with the kidney grilles, apropos to new BMW front ends. The rest of the bodywork will be taut and muscular, with BMW-specific elements like the Hoffmiester kink and LED tail lamps going into place. This particular render imagines a M Sport version with Motorsport division goodies like a aggressive front bumper, attractive alloy wheels and gloss black accents all around. 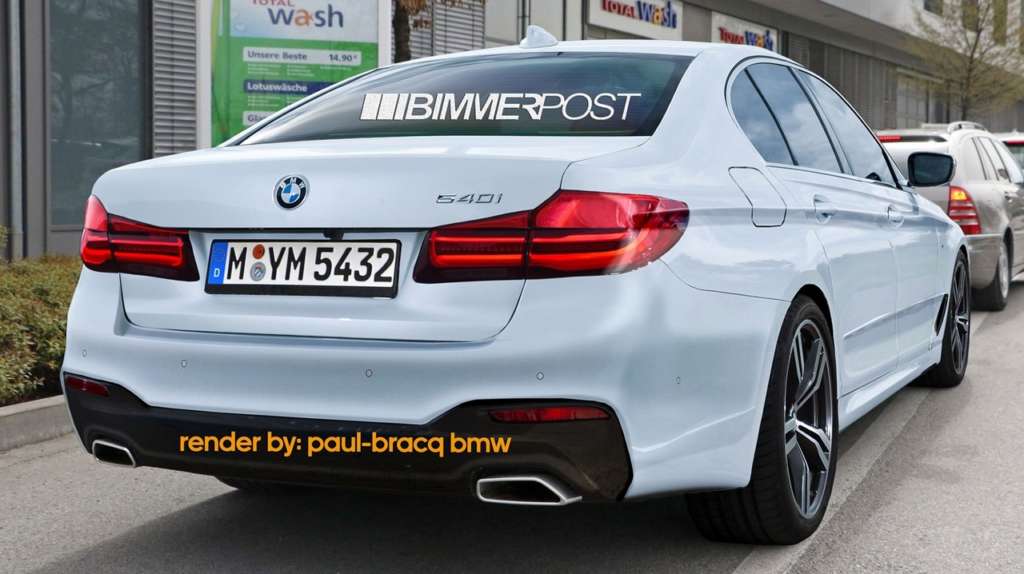 Now moving into its sixth generation, the all-new 5 Series will be based in  the new CLAR (Cluster Architecture) rear-wheel drive platform that also underpins the the all-new 7 Series. The new platform, infused with lightweight materials like carbon-fibre, magnesium, aluminium, apart from high-tensile steel, is expected to shave off up to 100 kg from the current generation. Upon launch, a variety of engines, ranging from four-cylinder and six-cylinder diesel and petrol units to a plug-in hybrid version as well. An estate variant (Touring) version will join the range soon, followed by a fire-breathing M variant.