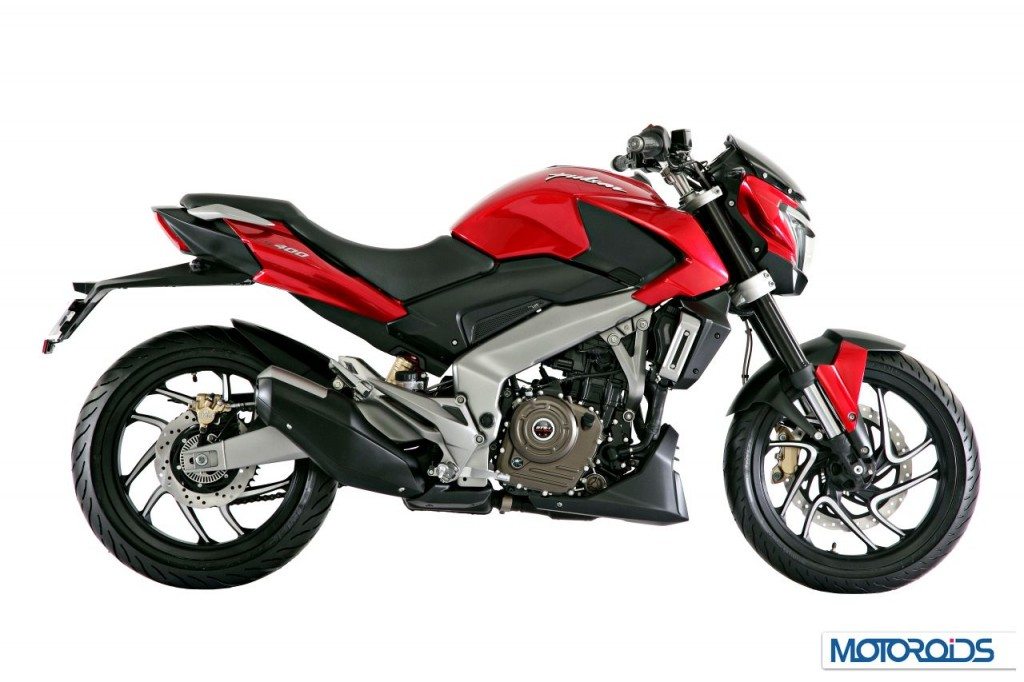 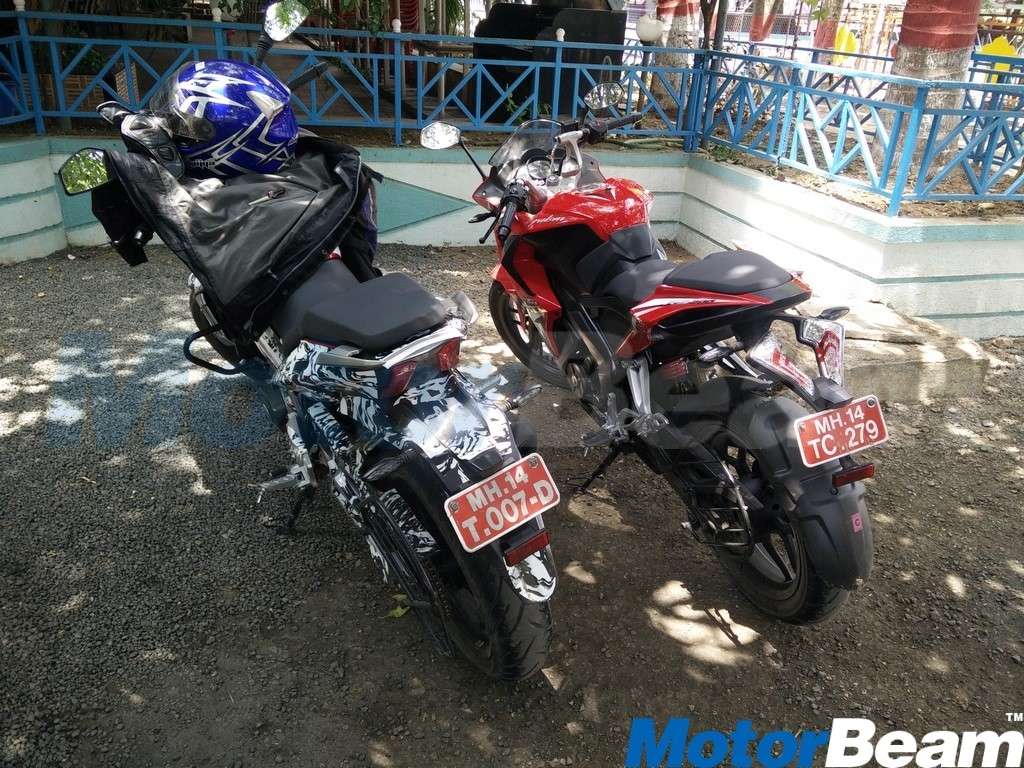 The spotted variant of the bike shows no ABS installed on it and it’s been shodded with MRF rubber. The bike retains almost all of the design and bodywork as seen on the model showcased at the 2014 Auto Expo event. The tyres that were seen on the showcased model were the MRF Revz- FC1. Just like the RS200, Bajaj may equip the CS400 with single channel ABS for the Indian market in order to keep the prices aggressive, while a dual channel ABS variant will be produced for the International markets. The spotted CS400 also features a full black exhaust pipe instead of aluminum finish tipped on the ones spied before. 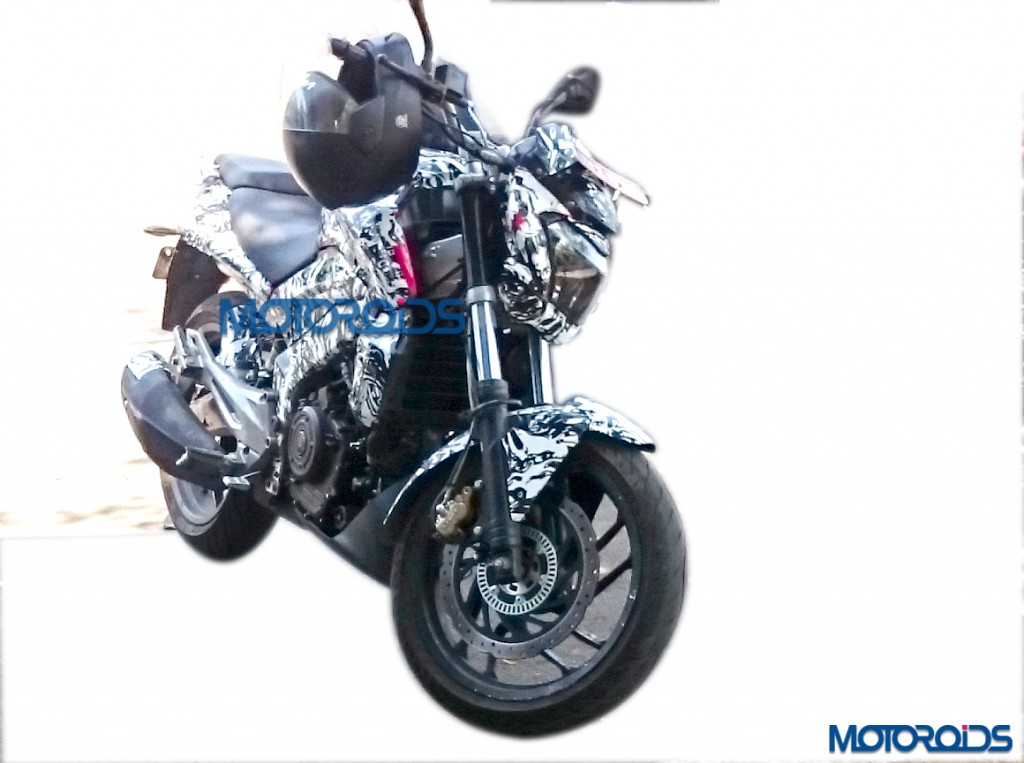 Powering the Bajaj Pulsar CS400 will likely be a re-tuned version of the liquid cooled 373cc engine that propels the KTM Duke 390. Since this one will be a cruiser, the engine on the CS400 will not be as aggressive and gruff as the KTM’s and will use the automaker’s patented triple-spark technology. It will make power of around 40 horses that is tad lesser than the Duke 390’s output. The CS400 will be adjusted to provide a refined and a relaxed performance. 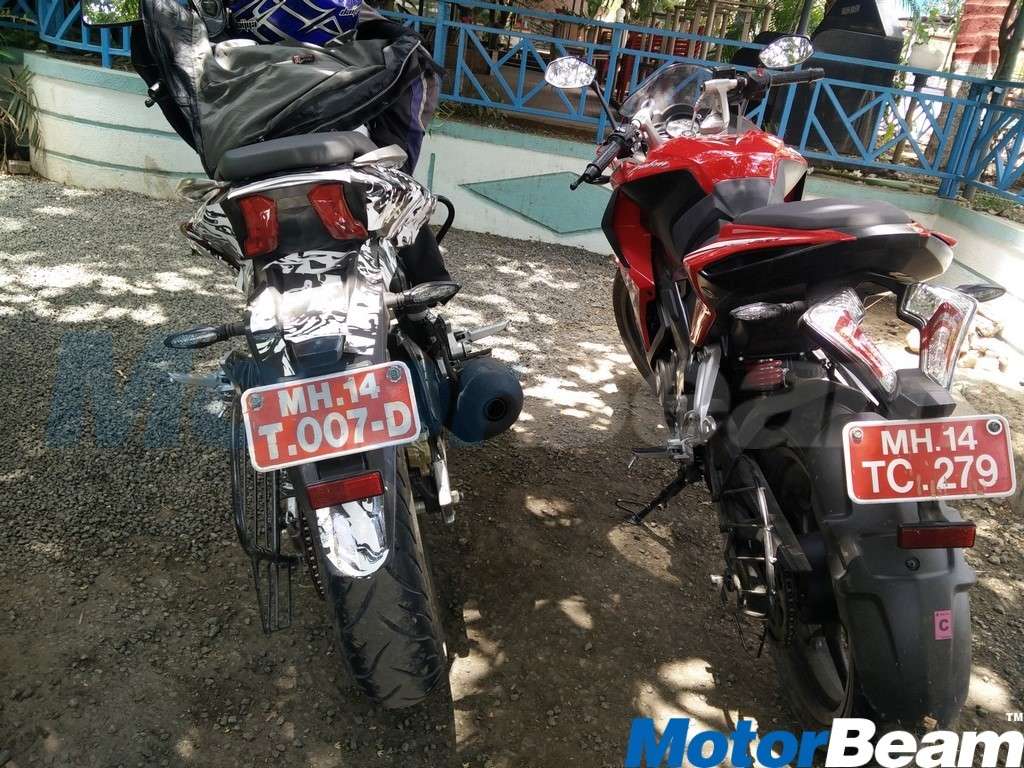 The Pulsar-maker is extensively testing the CS400 as the launch date is approaching near. A while ago, in a statement released by Bajaj, the top officials said that they are planning to launch an upgrade for the Platina (entry-level model) and a totally new Pulsar at the top-end (CS 400) in the next quarter. Well it is about time to see the Pulsar CS400 in action till then stay tuned for more updates and info.