Unveiled recently, the Renault Triber MPV would be the next vehicle offered by Renault in the Indian market. To be launched soon, the Triber seems to be undergoing its final tests. However, specs of the car are already out now. The 1-litre engine the car is supposed to come with seems to make the car feel a bit underpowered, at least on paper. That said, this video capturing a test mule on the highway makes us think otherwise. This video, uploaded on YouTube channel Jagadesh Jagan, showcases the Triber pulling away from another car which is doing speedo indicated speeds of over 100 kmph. Have a look.

The person recording this video is following the test mule, reaching speeds of over 120 kmph. The Renault Triber, however, manages to stay ahead of this car at all times and not once did it come close to the City. This suggests the Triber was indeed, quite more fast than the City. The Renault Triber will come with a 999 cc, three-cylinder motor from the Kwid. This engine develops 72 PS of power at 6,250 rpm and 96 Nm of torque at 3,500 rpm. As standard, Renault would provide a 5-speed manual gearbox but the Easy-R AMT gearbox will also be offered. It seems that with a low kerb weight of 947 kg and assuming there was only a driver in the car, the Triber managed to achieve such speeds. 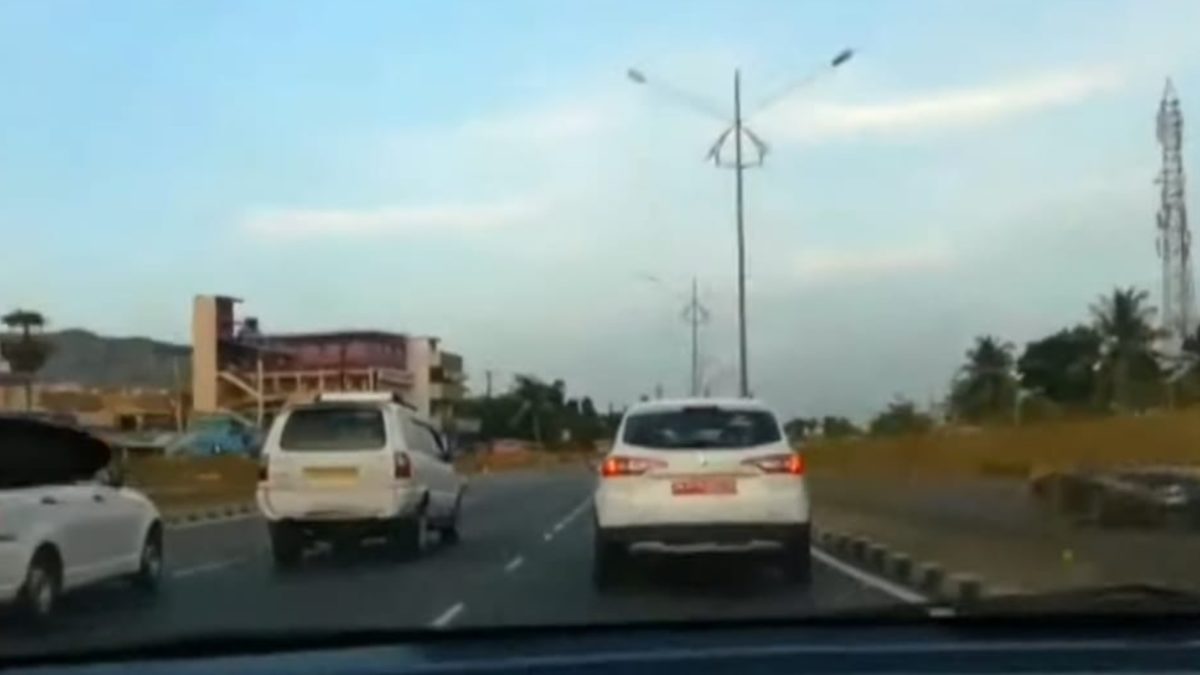 The Triber is what Renault calls India’s first Modular car. It offers three rows of seating, with the option of removing the third row of seats completely. Moreover, the second and third row of seats can be folded to create a number of possible configurations to suit your own requirements. Apart from that, the car will also come with a number of features including a digital instrument console, Android Auto and Apple CarPlay connectivity, a card type smart key, cooled storage compartment, chilled glovebox and some more. Safety too, has been a high priority for Renault and it offers the Triber with three-point seatbelts in all rows and top-level variants will come with as many as four airbags. To go on sale in the coming months, expect a price tag of around INR 5 lakh for this car. Keep looking at this space for more news on this upcoming Renault car.