There are so many of us out there who are constantly thinking about mating our favourite engine with our favourite chassis and then turning the contraption into something which excels at the things we want it to. Because the perfect motorcycle as they say, doesn’t exist. But hey! Once you know what you want and if the madness propelling your thoughts is mad enough, there can be no rules.

This thing on two wheels with its knobby tyres and minimal bodywork started life as a road-going missile, powered by a 1,000cc inline 4, K-series Gixxer motor. The mad head behind this transformation probably wanted to go just as fast off the road too. So much of the aerodynamic body was thrown away and in came tall and sturdy front forks with loads of travel, spoke-type wheels, a bigger rear sprocket, a tougher rear spring, an upswept pipe for the gases to escape and some more dirt-friendly changes.

Now thinking of such an insane and even managing to execute the thought in real life is something. But to be able to ride a bike with so much power off the road is something else altogether. And the rider here isn’t merely riding, he’s making the bike fly, making it go sideways, and making it do all kinds of things a fly-sized dirtbike would otherwise do. 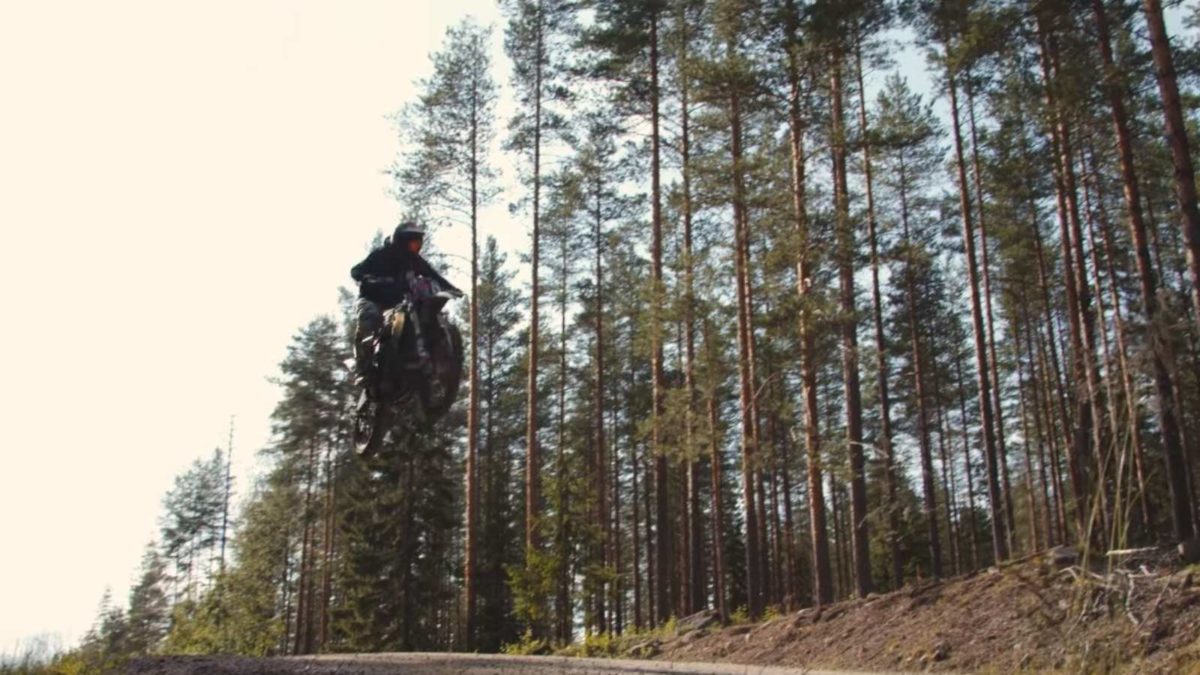 For the more buy-it-off-the-shelf types, if going off the road is your thing, affordable choices still only include the Royal Enfield Himalayan and the Hero Xpulse 200. The Himalayan is capable alright, but it still needs better brakes, a motor which is more eager, and more work in areas which makes the bike more reliable. On the other hand, the Xpulse 200 hits it right with everything for the price at which it is being offered, however, it does feel short of breath on the open road. Which brings us to KTM’s Adventure 390, which is said to be arriving at the end of this year and has for long been awaited by many. However, not many are too happy at the sight of alloy wheels on test mules and are hoping that there will be options provided which make the bike more hardcore.