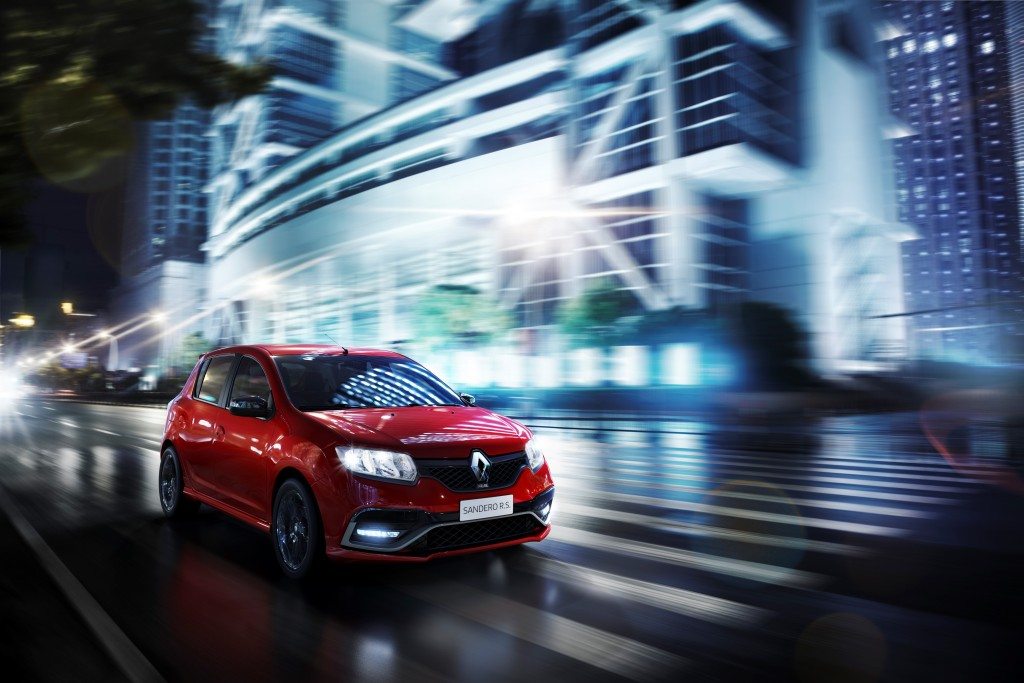 The humble Renault Sandero just got officially pimped. Renault just rolled in a sporty RS variant, with both the show and the go. The Sandero RS 2.0 has been designed exclusively for the Latin market and won’t be sold anywhere else.

Full specifications won’t be announced until early 2016,  but a 0 to 100 km/h sprint time of around 7.5 seconds and a top speed of around 220 km/h is expected. Exterior embellishments include aggressive bumper-work, side skirts, RS branding, along with bigger wheels and tires. 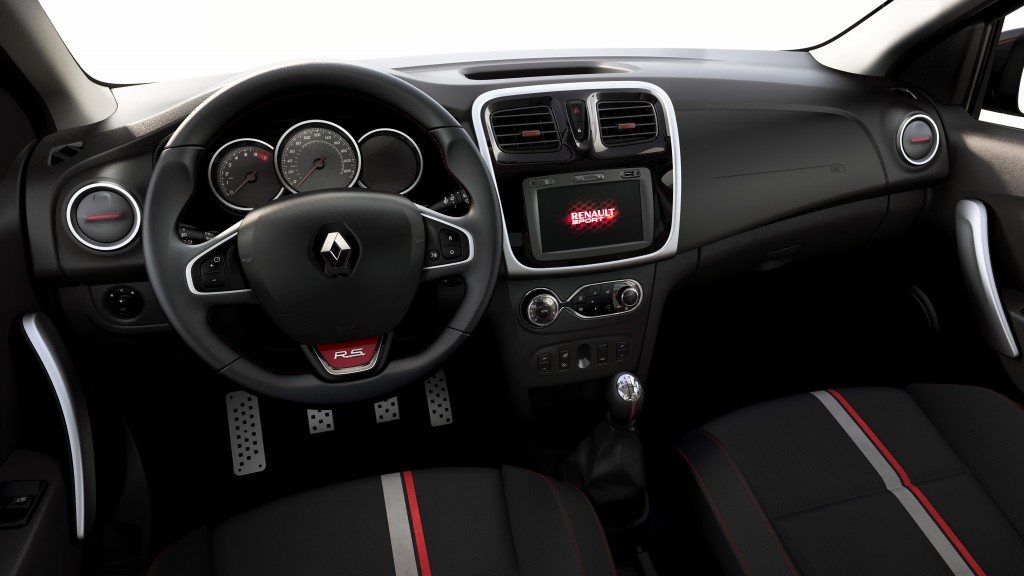 The interiors get an all-black, sporty treatment, with striped seats, drilled aluminium pedals, red accents and a splattering of piano black and brushed aluminium trimming.

“The new models that Renault is showing today herald a new era, in which products are designed and built in Latin America for Latin Americans. This is the case of the new Renault Sandero R.S. 2.0, which combines the fundamental components of pleasure and passion as seen by Renault Sport. It delivers an exciting driving experience and a sporty ambience,” said Olivier Murguet, Commercial Director of the Americas Region.