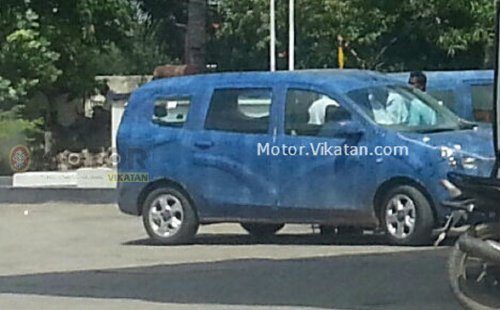 We reported in February this year when it emerged that Renault India has plans to launch the Lodgy MPV by early 2015. Now, our friends at MotorVikatan have spied the upcoming MPV in Chennai where Renault-Nissan has their facility. Although the French car maker did not showcase the MPV at the Auto Expo, reporrs indicate the MPV will be launched early next year. Earlier reports had indicated that production of the Lodgy will commence at Renault-Nissan’s Oragadam plant near Chennai in December this year, and the sales are scheduled to begin in early 2015. 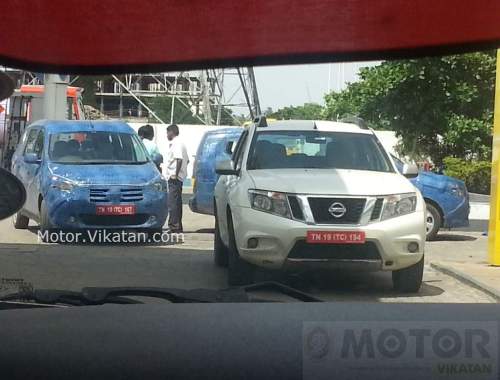 Akin to the Renault Duster which is a rebadged Dacia Duster, the Lodgy is also a Dacia vehicle which will be sold as a Renault in the Indian market. The Renault Lodgy is larger than the Maruti Ertiga and the Honda Mobilio. Due to the larger dimensions, the Lodgy has more cabin space and luggage room when compared to its Japanese rivals. The Renault Lodgy, for India, is likely to come with a refreshed cabin with better materials and more features such as rear air-con vents.

When launched in India, the Renault Lodgy will initially sold with K9K 1.5-litre turbo diesel in its 85 bhp state of tune. The 105 bhp version of the same engine will be offered at a later stage. This is the same engine which also powers the Renault Duster and Nissan Terrano. 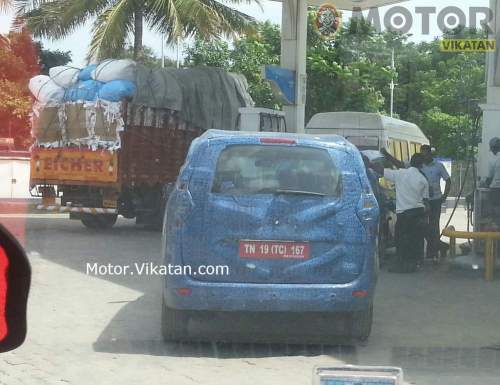 The Renault Lodgy also shares a lot of other components with the Duster SUV apart from the engine. This part sharing exercise will transform into cost savings which will passed on to the customer in terms of competitive pricing, which is the vital factor for the price sensitive Indian market. The Renault Lodgy is expected to be priced between INR 8-11 lakh when it goes on sale early next year.

Stay tuned to Motoroids for more updates on the upcoming Renault Lodgy.