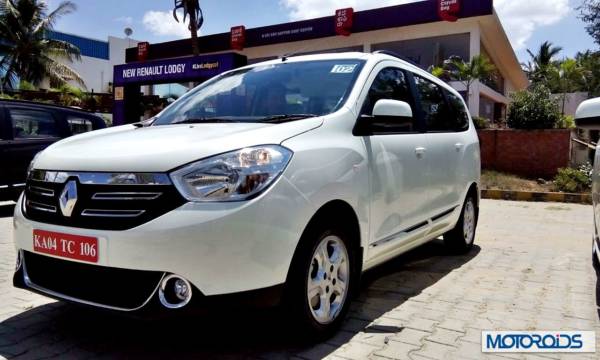 As we type this, our colleague Ayan Ghosh is participating in the official media drive of the Renault Lodgy and reporting live from the event. The new MPV from the French carmaker looks rather promising and may succeed in what the Maruti Suzuki Ertiga and the Honda Mobilio couldn’t quite accomplish – displace the Innova from its throne. 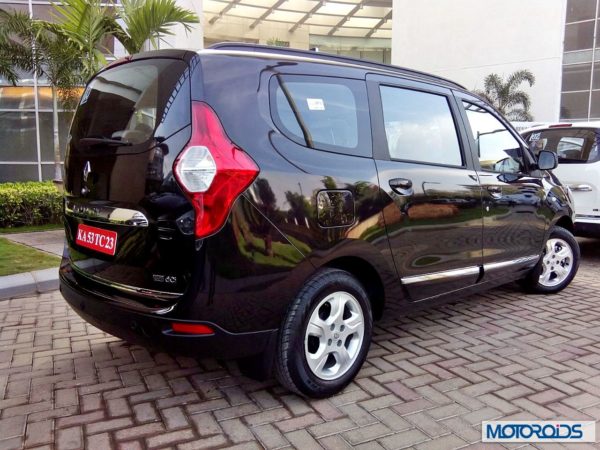 Subtly styled from the outside, but very spacious on the inside, the Renault Lodgy is expected to help Renault India further strengthen its foothold in India after having tasted great success with the Duster. We’re sure you’re interested in knowing a bit more about this fresh new people mover, which Renault is calling an ‘eight-seater’. Here we have some images, first impressions and details about this vehicle. 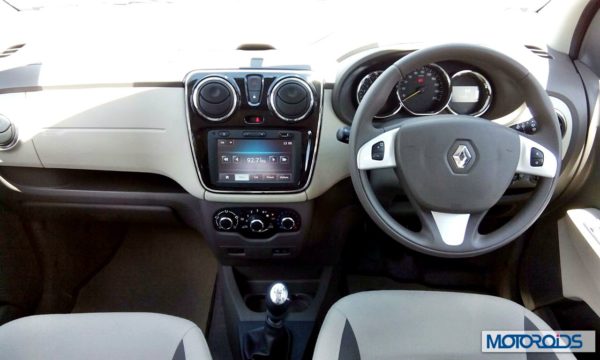 To start with, here are a few key things you need to know about the new Renault Lodgy

Here we have some images of the car with captions 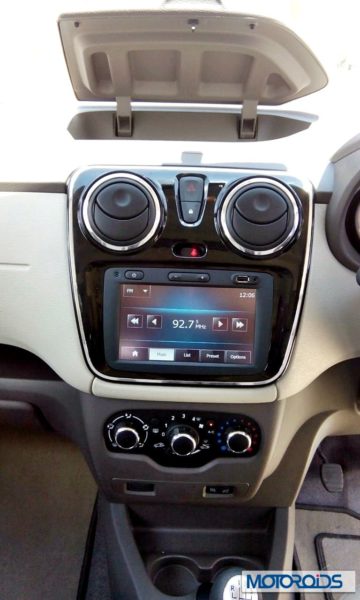 Center console comprises a touchscreen unit with satellite navigation, though the A/C is still manual and is controlled by old-style rotary knobs. There is a USB slot in the infotainment system, and two cup-holders beneath it. 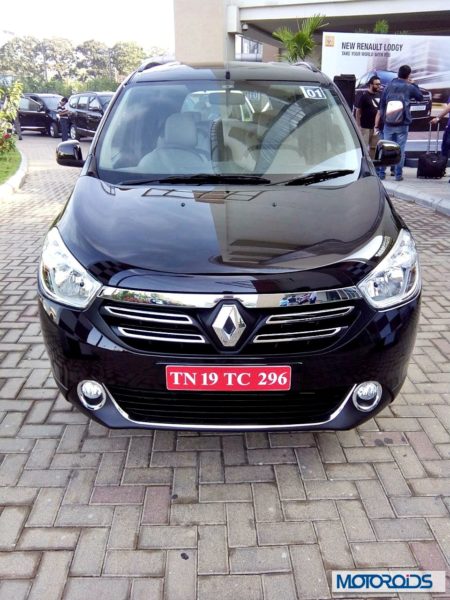 Generous use of chrome up front to make the Lodgy look like a premium offering. Big chrome slat over the radiator grille, big Renault logo flanked by a pair of slim trapezoidal shapes on either side. The lower portion of the air dam and the housings for the fog lamps are also lined with chrome. 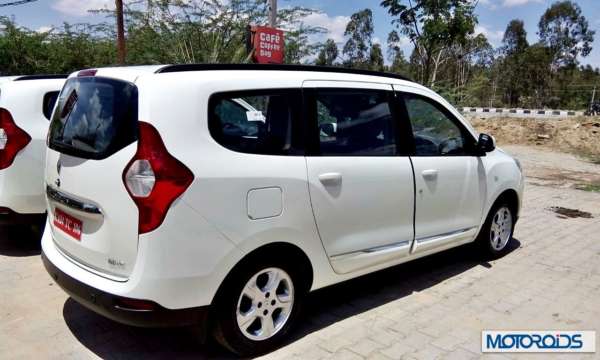 The Lodgy looks rather smart in that white shade. The size of the third window should give you an estimate of how spacious the car is from the inside. Check out the body coloured door handles, two-tone ORVMs and contrasting under-cladding for the bumper. We can also see parking sensors installed on the rear bumper. 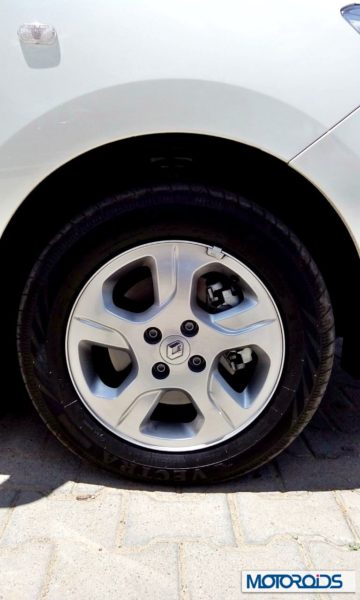 Smart looking 15 inch alloys with Renault branding. Tyre size is 185 / 65  and Renault have employed JK Vectra as the brand of choice 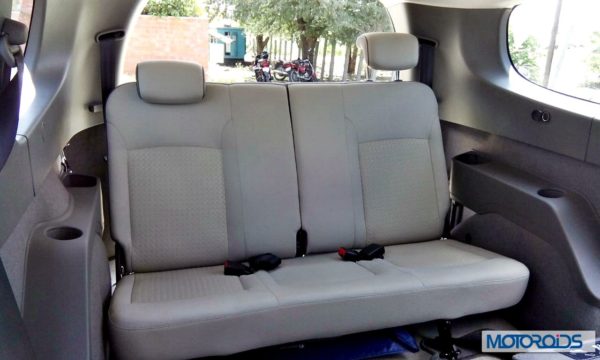 Third row of seats gets two cup-holders on either side and adjustable head-rests along with its own A/C vents. Renault wants us to believe the seat in the picture above can accommodate three adults. We would disagree, though it’s still better than what the others in the segment have to offer. 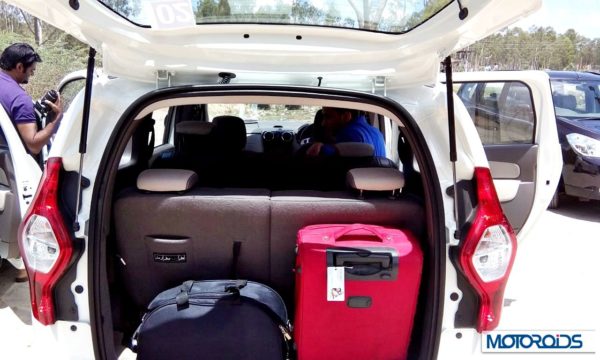 207 liters of boot size with all three rows up can accommodate a couple of medium sized suitcases along with a few small bags. 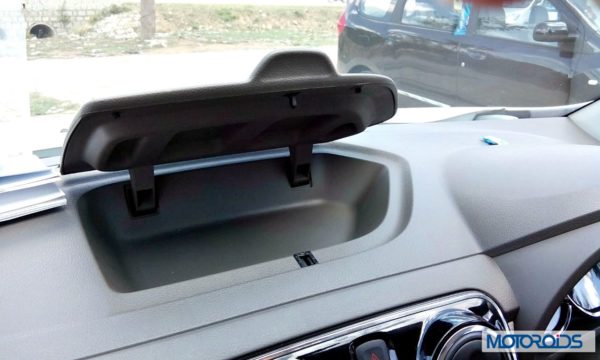 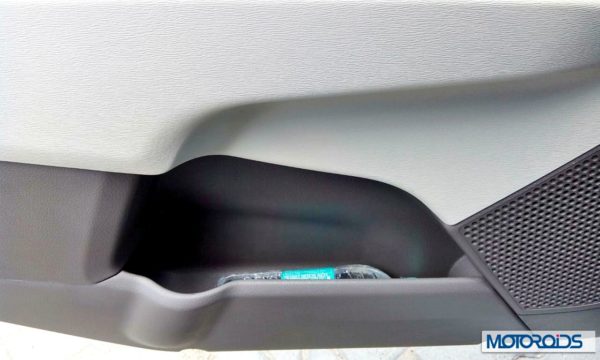 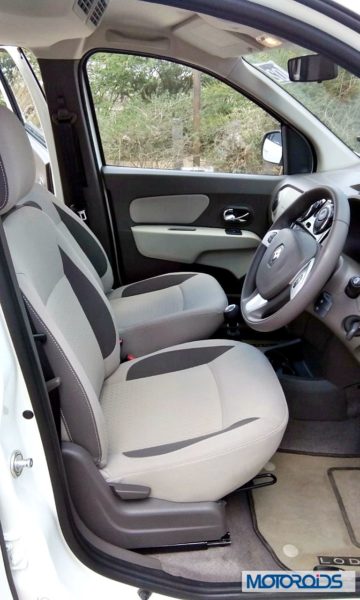 Two-tone front seats with height adjustability and lumbar support for the driver. The seats offer good lateral support too 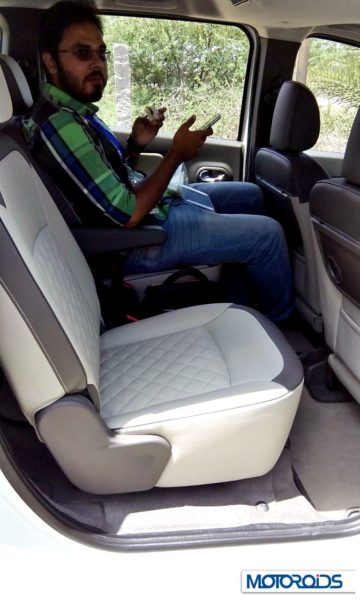 Nicely done-up second row captain’s seats with foldable trays behind the front seats. Those seats get their individual arm-rests too 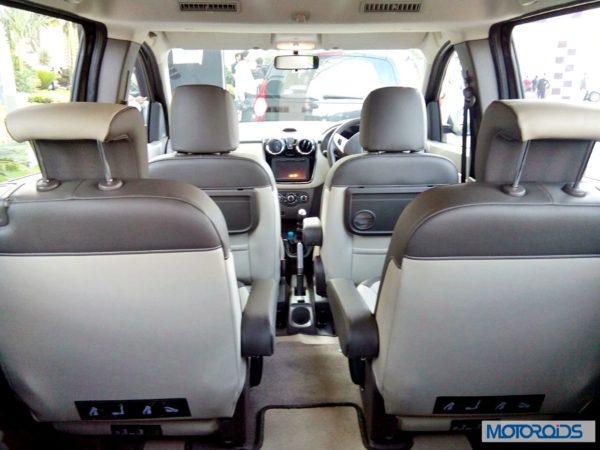 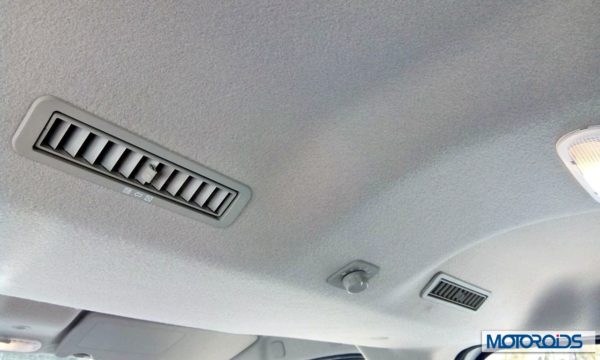 Individual A/C vents for each row of seats 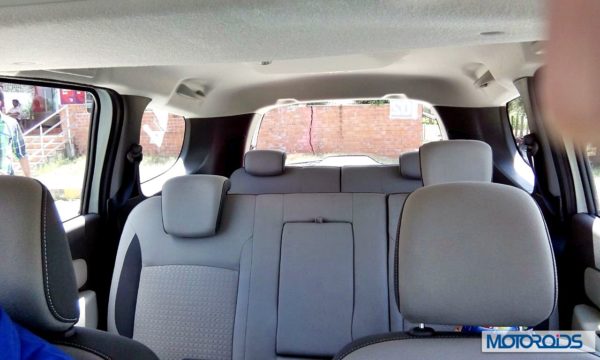 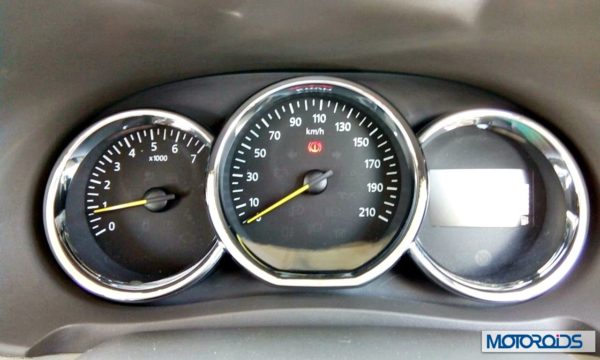 Classic black dial-white font set-up for the instrumentation. MID with generous information on the right 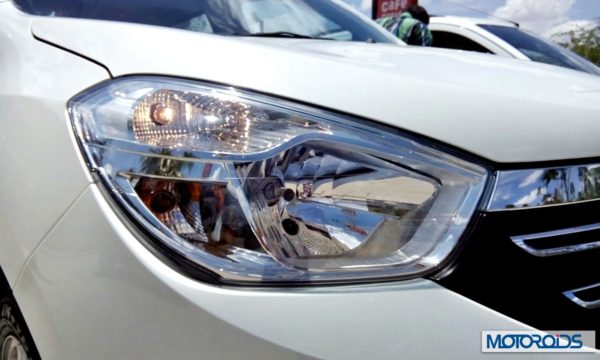 Basic looking headlamps with a lot of chrome inside to lift the appeal. 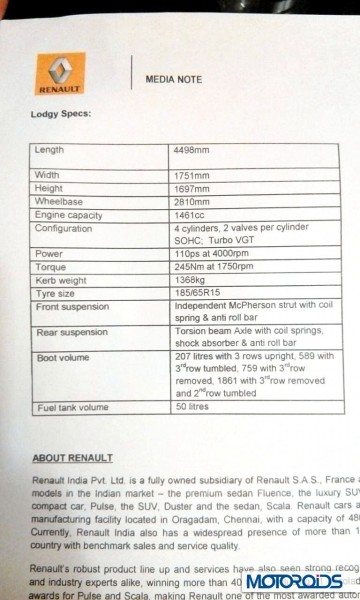 While we are yet to fill you in with an exhaustive test drive report, do let us know your views on the new MPV. Would it be able to shake up the rock-solid Innova? We’d love to hear from you – share your comments with us