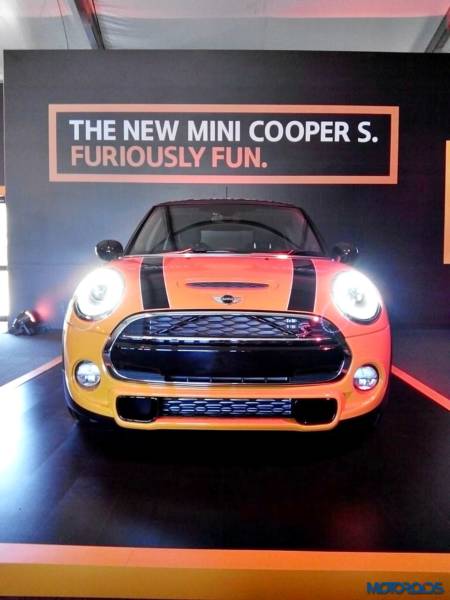 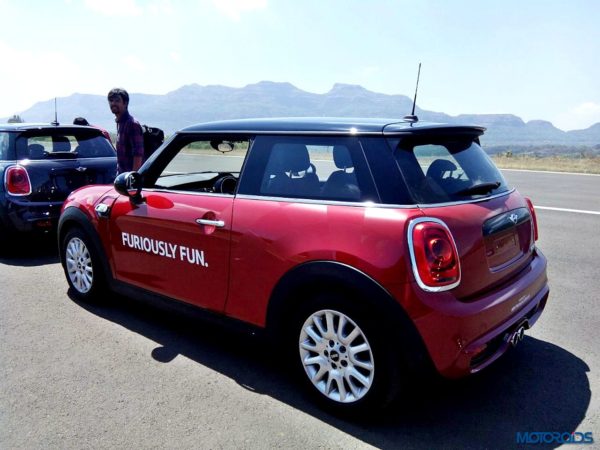 Sporting the much desired S badge, the new model is powered by a 2.0 liter, four cylinder, twin turbo engine with 192bhp of power and 280Nm of torque. Transmission is taken care of by a 6-speed automatic box, with no manual options on offer. The car also comes equipped with an automatic stop/start system as standard. Performance figures, as you’d expect are exciting for a car the Cooper S’s size. 0-100 km/h is disposed in 6.7 seconds with top speed rated at a very tasty 233 km/h. Fuel efficiency for the car is rated at 18.2 kmpl by ARAI, though the real world efficiency varies wildly based on your driving style. 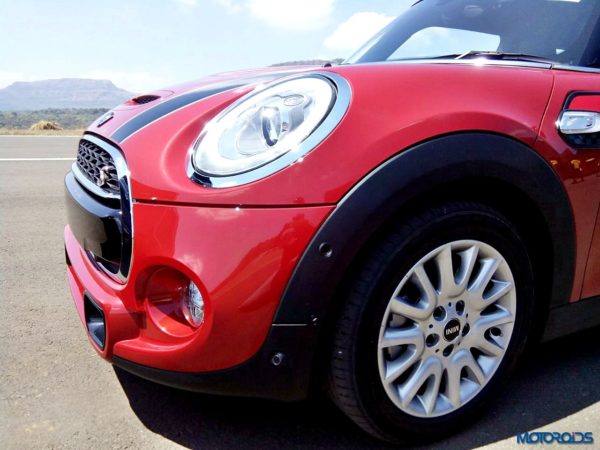 Riding on 16-inch wheel with 195/55 rubber, the Cooper S is known for its sharp, go-cart like handling. Our experience with the previous gen car didn’t leave us smiling on rough roads, transmitting every granule on the road to our spine. On well laid out, smooth surfaces, though, the car was an absolute howl to drive. We had a blast when we drove the car around the serpentine roads of Aamby Valley. This time, we are testing the car at the same place, on the private airstrip owned by the Aamby Valley city. A detailed drive report will follow soon.

Drivers get the option to choose from Sport and Green mode to enhance driving pleasure or efficiency. The MID mode decides what to do automatically and offers the best of both worlds based on your driving style. 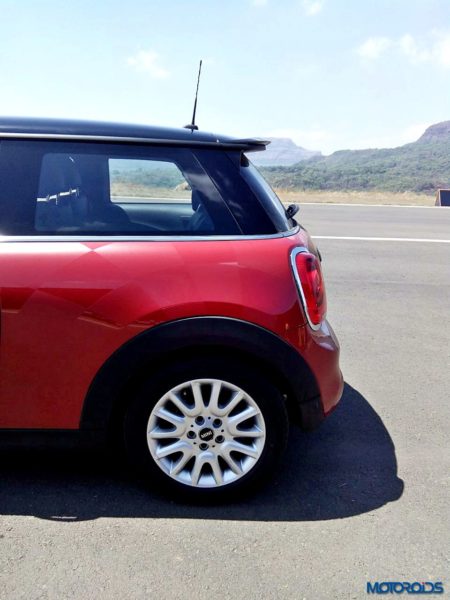 The new model is bigger than the model it replaces. The boot size, at 211 liters is 51 liters more than the previous model, and if required the tiny rear seats can be folded to increase the boot size to a monstrous 731 liters. 3,821 mm long, 1,414 mm high, 1,727 mm wide with 2,495 mm wheelbase, the new car is longer, wider and higher than the model it replaces by 98 mm, 44 mm and 7 mm respectively. The wheelbase is 28 mm longer, liberating more space inside that retro styled, quality cabin. 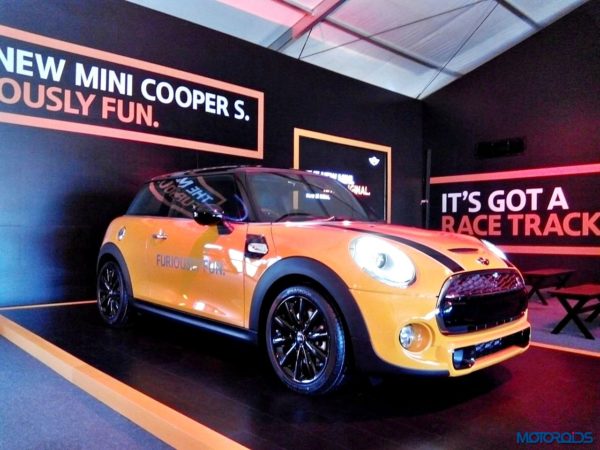 The Cooper S is differentiated from its less powerful brethren by virtue of a completely redesigned front grille which boasts bigger air intakes and a black honeycomb pattern grid specific to the Cooper S.

At the rear twin exhausts are paired together and the air outlet housing two fog fights wraps them. Sporty S badges on the front grille and back make the athletic breed of the Cooper S evident to the onlookers. The headlights have been designed from the scratch, too and are available with full-LED as an option. For the side indicators, new graphics and a new insert help the new MINI Cooper S get a more mature look 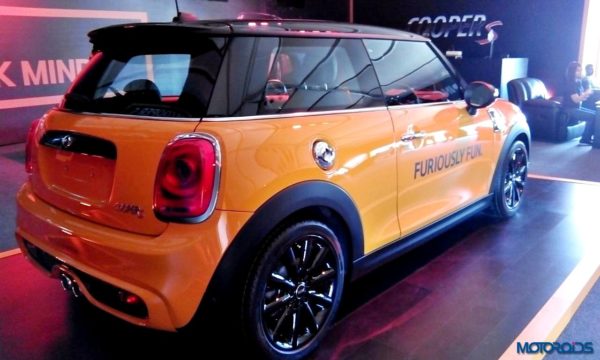 The Cooper S is a true blend of good aesthetics and functionality. The dashboard on the car has been completely revamped. All driving related instruments including speedo and tacho have been placed behind the steering wheel unlike the previous version which had it on the center console. The speedo on the center console has been replaced by the all-new MINI Central Display which displays car related information and entertainment options. 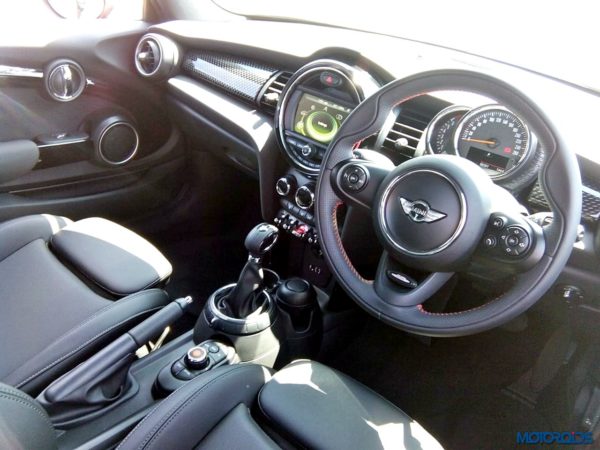 The new MINI Central Display is optionally available with a 6.5 inch display or the huge 8.8 inch widescreen version. MINI Connected lets you use Facebook, check in on Foursquare our use several other apps. The car also comes with some other great features such as the MINI Navigation System, Head-up Display, and optional LED headlamps. 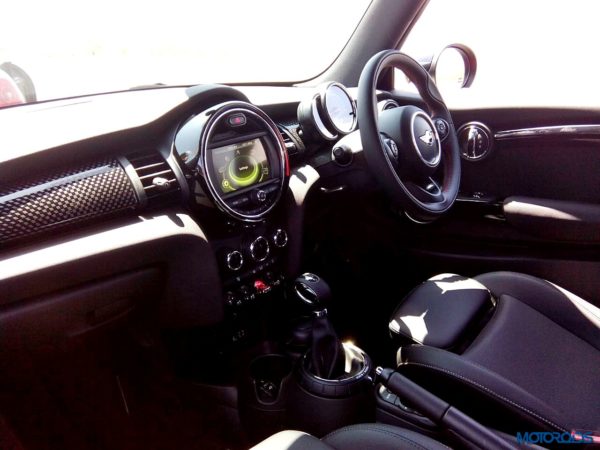 The retro-look model which is often a style statement for many buyers will be offered with a whole array of customization options. The car will be offered in as many as 11 exterior colours with different options for wheels, roof colour, decals and interior trim.

The complete features, tech specs and options list of the new Mini Cooper S is provide below, followed by an image gallery from the launch event. As detailed drive report will follow very soon 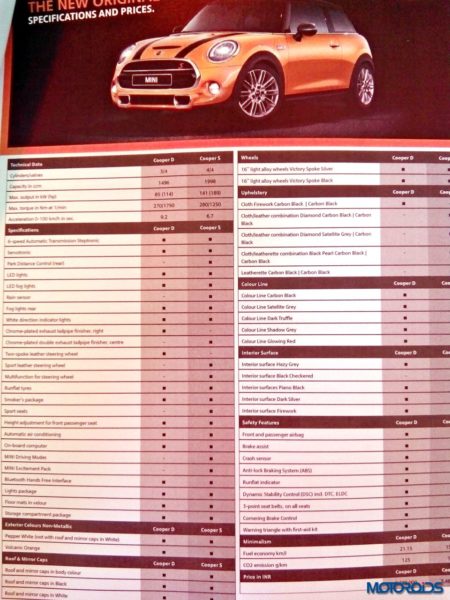 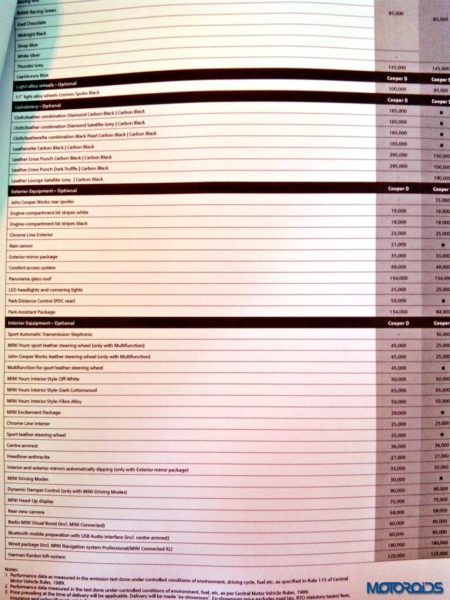