Renault India has launched the new Kwid Climber with an introductory price of INR 4.30 lakh, INR 25,000 more than the Kwid 1.0L SCe MT and AMT. The Kwid Climber, which made its debut as a concept vehicle at the Auto Expo 2016, has been designed and developed by the company’s design studios in Mumbai and Chennai. 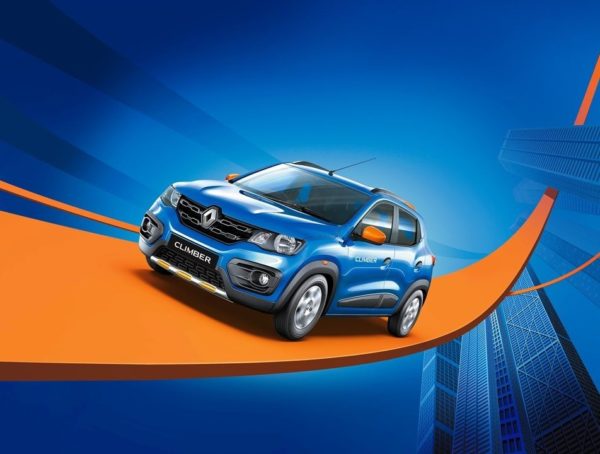 As for the exterior, the Kwid Climber features bumper over-riders, front and rear terrain protectors with orange accents, two tone arching roof bars, muscular style wheels and a side profile with door protection cladding, two tone orange ORVMs painted in glossy orange. The Climber insignia can be seen on the front doors. Safety features on the Kwid Climber include a driver airbag and pro-sense seat belts, pre-tensioners and load limiters.

Updates to the interior of the Renault Kwid Climber new orange energy upholstery with Climber insignia, vibrant orange accents on the AC vents and on the centre console, two tone orange gear knob and orange door trim accents  on the front and rear doors. Other styling elements include specific floor mats and a steering wheel with the Climber insignia.

Powering the Renault Kwid Climber would be the same 1.0-litre SCe engine that produces a power output of 68 PS at 5500 rpm while the peak torque of 91 Nm comes up at 4250 rpm. Transmission options include a five speed manual transmission as standard while the five speed Easy-R AMT gearbox is also available as an option. 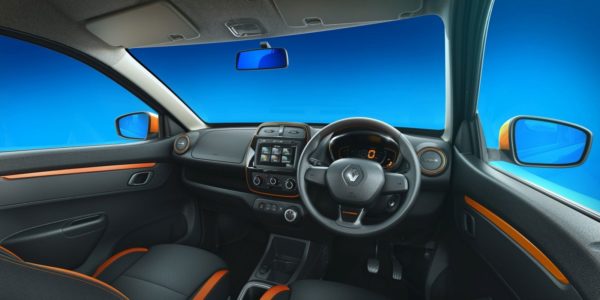 Here is the official TVC for the Renault Kwid Climber:

Following is an image gallery of the Renault Kwid Climber: