Spy images that seem to have been taken at a dealer presentation reveal an upcoming special edition of the UM Renegade Commando. Known as the Renegade Commando Mojave edition, it receives a few cosmetic updates over the standard variant. 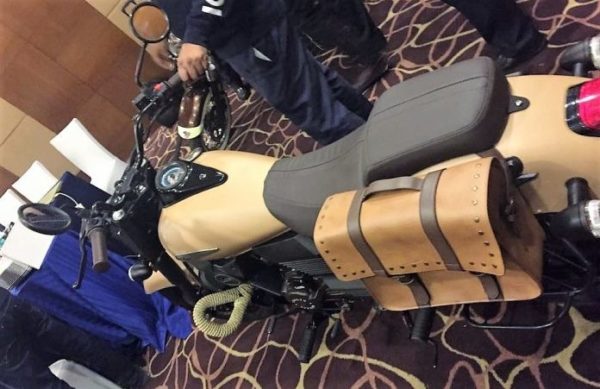 As seen in the spy images, the model receives a new paint-job inspired from the Mojave desert in the United States. The new sand coloured paintjob is accompanied by a leather saddle bag on the left side of the motorcycle and a cord wrapped engine guard.

Official details have not been revealed although the UM Renegade Commando Mojave is expected to be powered by the same 279cc engine as seen on the regular model. The single cylinder water cooled single cylinder engine is capable of producing 24.8 bhp at 4000 rpm while the peak torque of 21.8 Nm comes up at 7000 rpm. It is likely that this engine would be a BS-IV compliant unit. 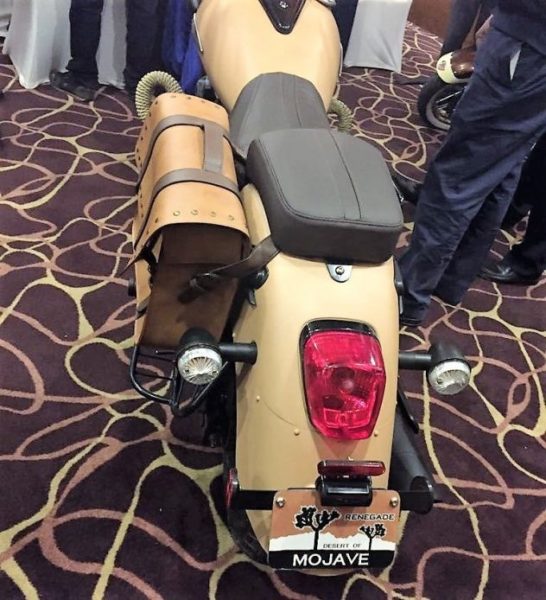 UM Motorcycles is likely to launch the Renegade Commando Mojave in October-November 2017. Expect the model to be launched with a slight premium over the price of the standard model that retails for a price of INR 1.64 lakh (ex-showroom, Delhi).

Following is an image gallery of the UM Renegade Commando Mojave edition: