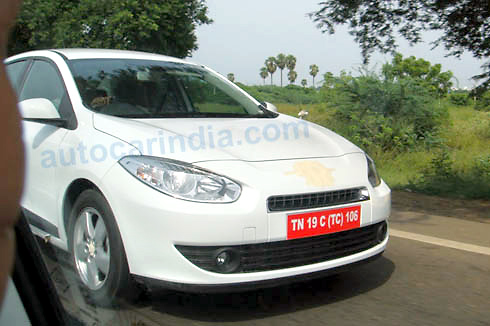 We had told you about the Renault Fluence sedan some time ago. Now the Fluence, Renault’s India bound mid-size sedan has been caught testing in Chennai. The Fluence will help Renault break the unaesthetic and un-premium image that it has managed to make for itself with the boxy Logan sedan. The Fluence is a visual delight, as against the Logan, and looks stunning and well-proportioned from all angles. The Fluence is a big car and should offer good competition to the likes of the Corolla and the Cruze. You can read our earlier article about the Fluence here. 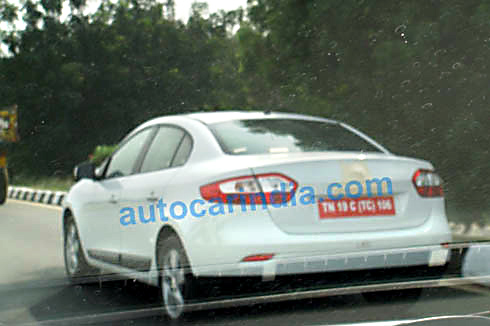 The Fluence will be powered by Renault’s well known 1.5-litre turbo charged diesel dCi engine which is good for 105bhp of power. The Fluence will arrive in India through CKD route, the kits for which will be imported from Renault’s Turkey plant. The French company will also have a fair share of localized components too to keep the costs down. The Fluence has to be a very good car going the fact that it shares it platform with the globally lauded Megane III.

The new car will be loaded with Gizmos, will boast great ride quality and will retail for Rs 13 lakh after its launch in April 2011. 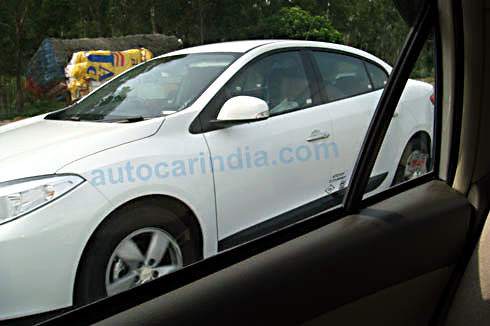