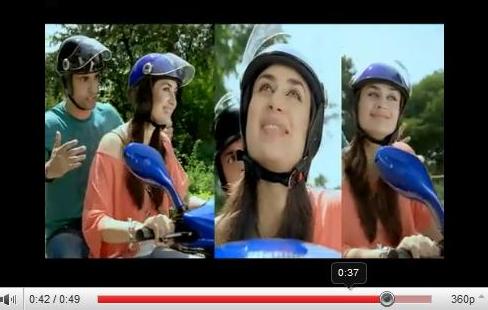 Seems like Mahindra Two Wheelers are planning an image tweak for their Rodeo scooter. While initially the scooter’s promo clearly targeted the male customer, looking for power, the new ad campaign seems to be targeting both male and female audience. In the new campaign, the Rodeo is projected as a unisex scooter with thrills and style to suit the taste of both sexes.

According to the creative brief, the new ad is meant to give the brand a younger & fun filled imagery. The power and style positioning continues with a small twist to accommodate the fairer sex as well. The target group is women / men aged 18 years and above, single and married, college students, fresh professionals. The as also tries to portray power and style as extras when compared with other scooters in the market. The creative brief for the new ad is driven by a research that reveals that power is no longer only sought by men wanting a motorcycle. It is a motivator irrespective of gender.

The company is targeting the TVS Scooty Pep + and Streak, Hero Honda Pleasure and Honda Activa with this product, although we wonder how they forgot the Suzuki Access which leads the class in terms of power, and should actually be the first model to be targeted by Mahindra Two Wheelers.
Have a look at the video, and let us know if you think Mahindra Two Wheelers have managed to be successful in their endeavour.