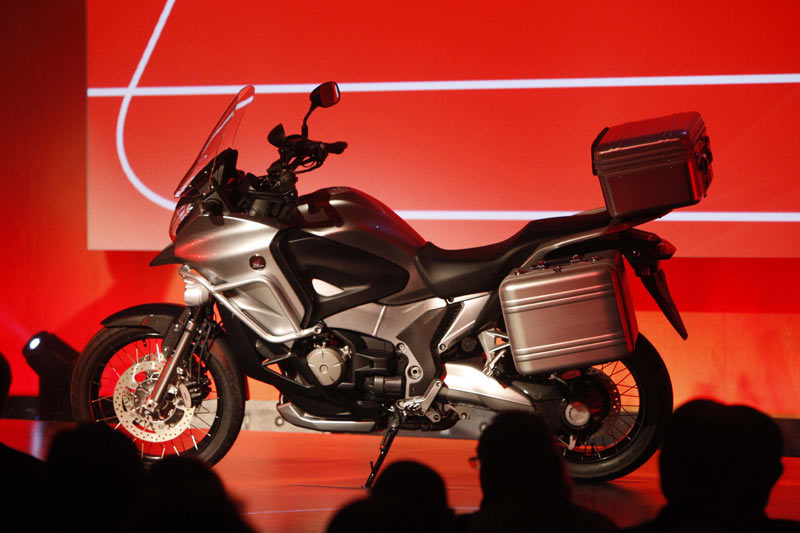 Early this morning, we had our hands on the first unofficial pic of the Honda’s new adventure tourer concept, which Honda had us teasing for the past few weeks. Just few minutes back, at the on-going Milan Show, the 2011 Honda Crosstourer was officially unveiled and as promised, here we have the first live pics and spec details of the newbie.

The 1200cc Honda Crosstourer, shares the phenomenal V4 engine and the revolutionary Dual Clutch Transmission which was first utilized on the iconic Honda VFR1200F. This is the first time an Adventure Tourer bike has been fitted with a compact and powerful four cylinder V-engine unit. It dons alloy beam frame coupled with Honda’s advanced shaft drive and wire- wheels carrying on/off road tyros. It also features crash guards, handguards, spotlight and aluminum panniers.

The Crosstourer, on display at the Milan Show, is termed as a concept for now, but its more or less as good as the finished production version.