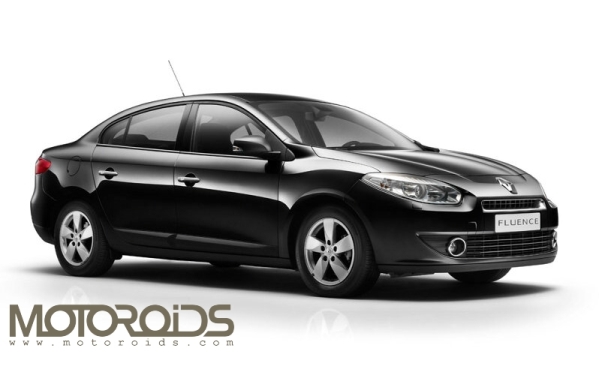 Renault is betting big on India. The company may have floundered a bit with its strategy about the Logan in India, but along with its global partner Nissan, it is planning a salvo on the Indian market with its newest range of vehicles.
The first in the range of the new Renault vehicles to be introduced in India would be the Fluence sedan. The Fluence is a mid-size sedan which can be compared with the Cruze and the Civic in terms of size. However, the Fluence will most likely be priced more aggressively than the other two cars. The Fluence is designed by Patrick le Quement – the top design guy at Renault. Low slung in profile, the Fluence seems to have taken its design cues heavily from the very attractive Laguna.

It’s an understated, elegant design which suits the tastes of the customers in this segment of cars just right.  The Fluence has the Megan III chassis under its skin, which is known for its fabulous refinement and great ride quality.The car will come with a choice of two engines, a petrol and a diesel. The diesel mill will be a more powerful version of the 1.5-lite DCi mill that powered the Logan. The new unit will dish out more than 100 horses, and loads ot turning force.The petrol motor will be a 1.6-litre naturally aspirated four-cylinder unit, sourced from its ally Nissan, and prodcuing110bhp. There is also a 2.0-litre gasoline mill on offer which produces about 140 PS, however the chances of this engine making it to India are relatively low. All the engines have won acclaim for their very good fuel efficiency and great refinement. While both petrol and diesel engines will be mated to a six-speed manual transmission, the petrol engine will also get the option of a CVT auto.

Page 1 of 2. Go to next page for details on the interior, features and the image gallery

Just like the exterior, the interior of the car has been designed very elegantly too. The dash, the centre console and the rest of the interior trim looks very classy and should suit the Indian taste in this segment.
The car comes equipped with features like steering wheel mounted audio controls, climate control and AC vents for the rear seat. The ergonomics of the car are said to be spot-on, making for extremely comfortable journeys. Cruise control is an option too. The boot capacity could be said the best among the class. The 60/40 foldable seats further help increase the cargo spacing. There no steel partition between the boot and the cabin, additional space is generated.

Internationally the car comes equipped with an in-dash Sat-Nav from Tom Tom. The feature is unlikely to be introduced in India. Audio system can play CDs, along with an aux and a USB input.  Safety features include ABS with EBD (electronic brake force distribution), emergency brake assist, speed limiter, fully loaded air bag protection etc.
The Fluence is expected to arrive in India by April 2010 and will be priced at around Rs 12 lakh.