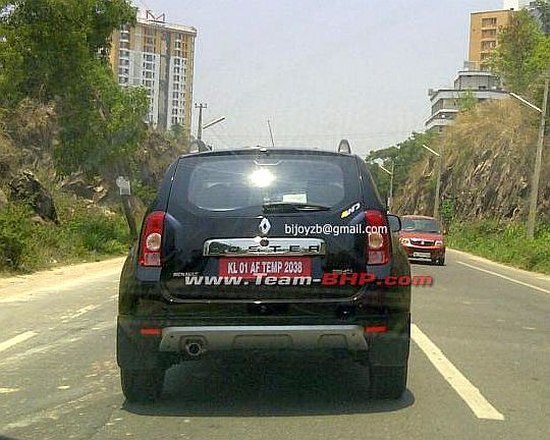 The Duster has to be the best thing to have ever happened to the Indian subsidiary of Renault. The Renault Duster, which is basically a re-badged Dacia Duster, has been bringing in a lot of sales to Renault India and is easily among the most popular SUVs of recent times. However, with the India launch of Ford EcoSport looming, future might not be all this bright for the Duster.

Renault India recognizes that it needs to do something to keep its product fresh in the car market and is hence readying new variants (and possibly a minor facelift) for its Compact SUV.

The car that has been spotted is top of the line RxZ version and this is a possible indicator of the fact that the Duster 4×4 will come in RxZ trin level only.

Safely expect the Renault Duster 4X4 variant to command a premium of about a lakh rupees over the front wheel drive variant.