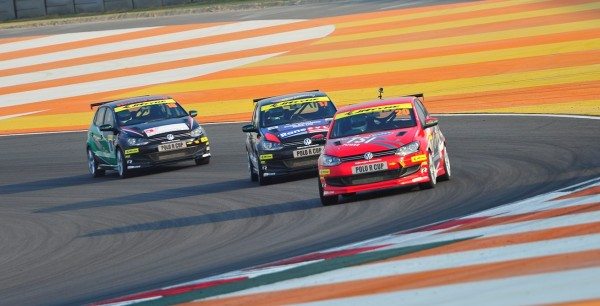 The last four seasons of the JK Tyre Volkswagen Polo R Cup India have been a quite a success, with every season witnessing the participation of many budding racers and motorsports enthusiasts. This series has been open to everyone from novices to experienced drivers since its inception. While Polo R Cup India has proved to be the first step in their racing carriers to many, it has also provided a stepping stone for others to graduate to international series or progress deeper into the world of racing.

“Polo R Cup has been able to produce some of the finest racing drivers, giving them a perfect platform to learn and demonstrate their capabilities in racing. It has helped many racers grow over the period of past four years. The all new season of Polo R Cup India promises to be bigger, better and has a lot to offer”, said Prithviraj Siddappa, Head of Volkswagen Motorsport India.

The registrations forms are available on Volkswagen Motorsport India website (www.volkswagen-motorsport.in). The interested participants will have to fill them up and email to polocup@volkswagen.co.in. Registrations will be open till 15th February 2014 and the drivers will be intimated about the driver selection program that will be held in March 2014. The selections will take place at the Kari Motor Speedway, Coimbatore, where each driver will go through a series of tests and challenges to see his/her consistency, talent, pace and willingness to lea