Home News Refreshed Spark coming our way by end of 2012 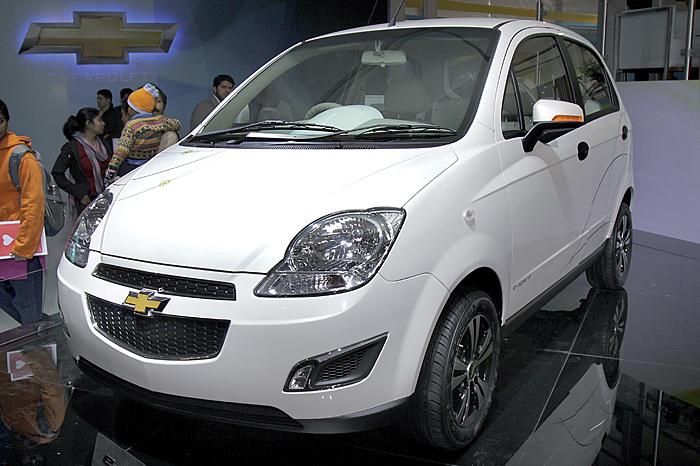 Small car segment has to be the hottest segment of the Indian car market with majority of the sales coming from it. Manufacturers are trying hard to get a bigger chunk of the Indian car sales by introducing new and refreshed cars in this segment. Till last month, Maruti Suzuki’s Alto hatchback used to be at the top of the car sales chart. Now, while its elder sibling Swift has overtaken it in this regard, the last gen Alto on sale here continues being a segment leader and still is the bread and butter model for MSIL. Latest in this segment is the Hyundai Eon, which isn’t doing as good as Hyundai would had hoped for. We are hearing from the car buyers that an anaemic engine and a not so powerful AC is really a sore point of that package. Back in the first half of this decade, when Alto had just started picking up sales, Daewoo Matiz used to be a great challenger to the car. Daewoo went bankrupt and saw GM taking over it. The Matiz, obviously, went out of production and Alto’s life became a lot easier. However, Chevrolet introduced a revamped Matiz which was christened as the Spark.

Now, the Spark has started looking a tad boring and it is high time that Chevy gave it some botox treatment. From what can be made out from the info we have been getting, this is exactly what GM is busy doing. From what our sources have been telling us, while the Spark will soon sport a fresher look, there are no plans for the 1 L multijet diesel mill going on duty under the refreshed Spark’s hood. We have already been posting that Maruti should come up with an all new 800cc car as early as in 2012-end and hence, a refreshed Spark makes even more sense.  Refreshed Spark will sport a new front fascia and a new boot lid at the rear. The new Spark should be out by the end of 2012.