Indian Motorcycles have revealed a more street oriented Bobber version of their entry-level offering, the Scout. The stripped down motorcycle pays homage to mean builds that became popular in post-war America. 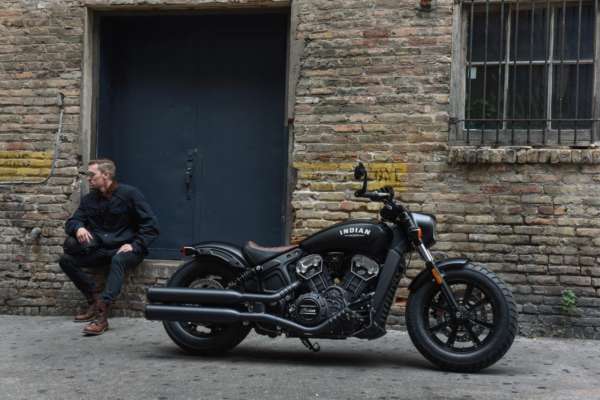 To bring a more committed riding stance to the bike, the tracker handlebar and the footpegs have been moved 1.5 inches rearward. The front and rear fenders have been hacked short and a powder black finish has been added to most components giving it a stealthy, understated look. 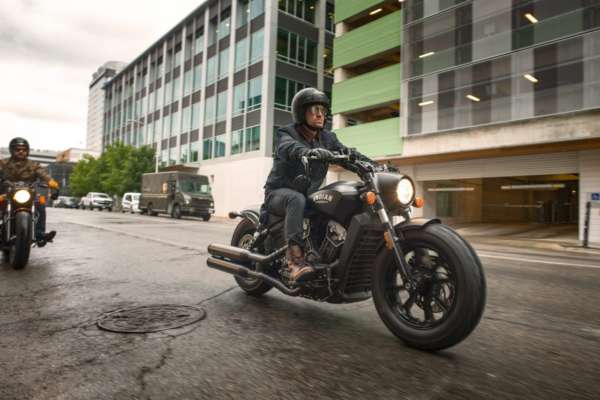 The riding stance has been lowered, with a 1-inch reduction in ride height at the back and new cartridge fork suspensions up front. A black headlight nacelle is another new addition, increasing the raw appeal of the bike. 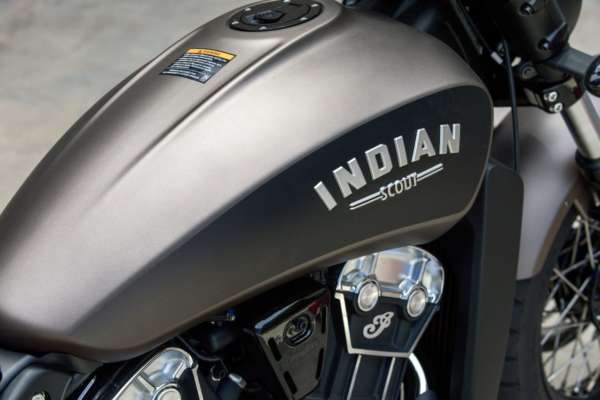 The Scout Bobber gets blackened, vented exhaust shields and black face instrumentation instead of the iconic Indian red and cream colour combination. A new two-tone genuine leather seat and new marking on the tanks set it apart from the standard Scout. A bronze smoke colour option is also exclusive to the Bobber. 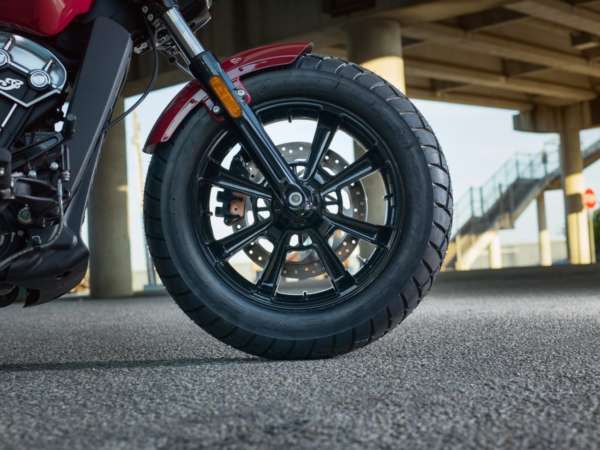 The blackened finish has been carried over to the big knobbly tires and the radiator grille shroud as well. The American spec version will get a classy side-mounted number plate and bar-end mirrors while the International variant will continue with the normal number plate and standard mirrors. 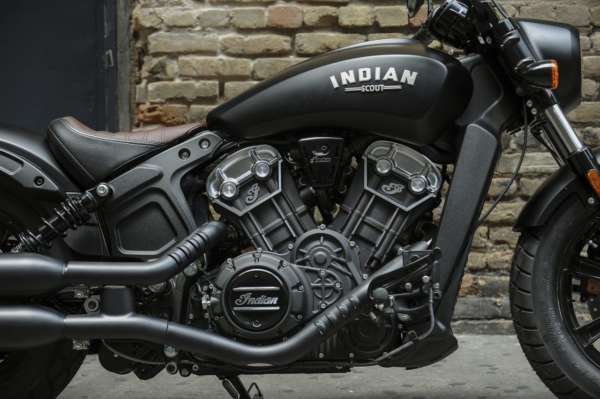 The 94 BHP, 97.7 Nm 60-degree 1133cc V-Twin has been carried over from the standard Scout without any mechanical changes. The engine covers have been minimized to direct even more focus on the immaculately detailed engine block. 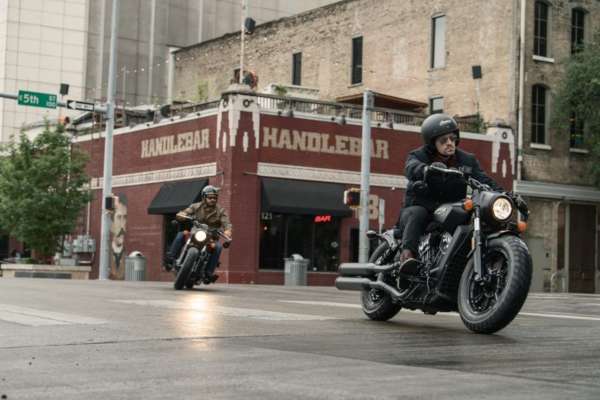 The bike will hit American dealerships later this year and a domestic launch is expected sometime in 2018. Expect prices to hover around the present INR 12.99 Lakh mark that the Scout retails at. However, Indian Motorcycles might charge a slight premium over the standard trim.