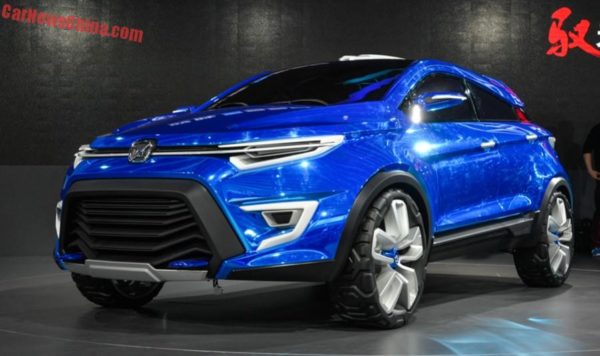 The Jiangling Yusheng S330 looks like a Ford Ecosport that descended out of hell and settled itself on the Shanghai Auto Show floors – well, almost. This thing looks outrageous, with its aggressive, wide stance, a gaping front grille with tongue-like bars, funky illumination, slim window line and a shiny blue paint job. The Yusheng previews a sporty crossover for Jiangling Motor Corporation, or JMC – one of China’s largest builder of small and medium commercial vehicles. 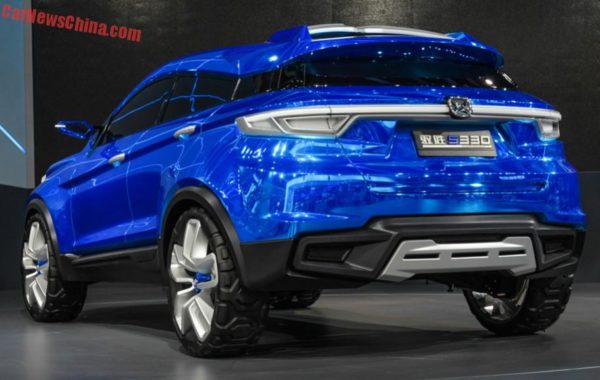 The Yusheng S330 is just under five meters long and almost 1.8 meters high. However, it’s purely a design exercise with no engine driving it. Although the design has bit and pieces of Ford influence here and there, it stands apart by virtue of its unabashed brawn, and those toy car like alloy wheels, with a cool blue five-spoke element in the center. The roof is also unusually large and the bridged tail lamps are almost too clear.