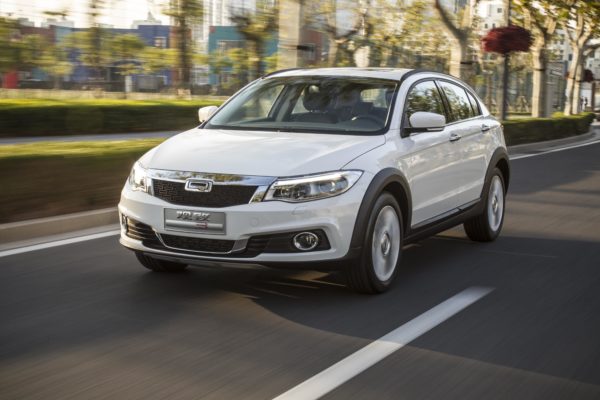 Qoros, the new Chinese car brand, will host the international premiere of its latest, and third production model at the 85th annual Geneva International Motor Show on 3 March 2015. According to the manufacturer, the new Qoros 3 City SUV is designed for a more premium metropolitan lifestyle, perfect for urban cruising and country driving.

“Its modern design and flexibility is exemplified by its increased ground clearance, large wheels, and a more commanding driving position. It offers generous space and more control for an exciting driving experience.”

The new Qoros 3 City SUV went on sale in China in December 2014, joining the Sedan and Hatch in Qoros’ growing family of cars.

The Qoros 3 City SUV 1.6T model line-up in China is as follows: 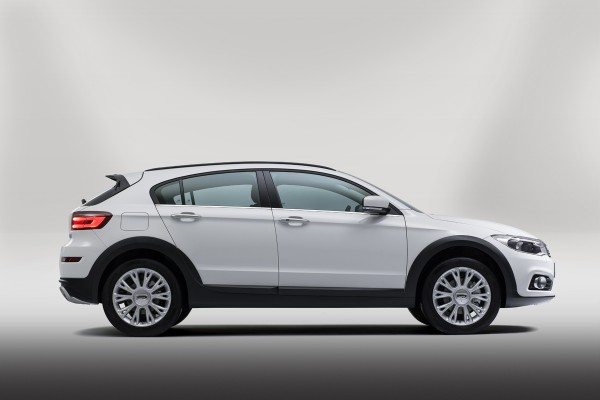 The Qoros 3 City SUV features a comparatively long wheelbase (2694mm), generous width (1854mm) for its class, and a short rear overhang (815mm). In China, the 3 City SUV comes with a European-developed turbocharged 1.6-liter engine which produces 24% more power – 156 bhp – and 35% more torque – 210 Nm over a broad rev range between 1,750 and 5,000 rpm – than the naturally aspirated unit available in the entry-level 3 Sedan and 3 Hatch models. As standard, this engine is paired with the six-speed manual transmission in the Active model, accelerating the City SUV from zero to 100 km/h in 10.1 seconds

Also with six speeds, the smooth shifting DCT transmission is standard on Style Plus and Excite models. With this gearbox, acceleration to 100 km/h is achieved by the 3 City SUV in 10.8 seconds and top speed is 208 km/h.

It also features the brand’s award-winning QorosQloud connected services platform – based on the Microsoft Windows Azure cloud platform, and delivered via China Unicom’s 3G network, it can be accessed in the City SUV via the eight-inch Qoros MMH system.

QorosQloud services can also be accessed from the user’s smartphone, tablet, PC or Mac via a dedicated website at www.qorosqloud.com and QorosQloud apps for Apple iOS and Android. 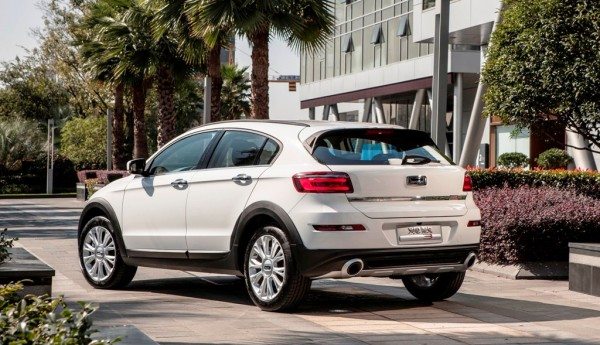 For the uninitiated, Qoros was founded in 2007 from scratch and is headquartered in Shanghai, China. Shortly before its China launch in December 2013, the Qoros 3 Sedan became the first car developed in China to be awarded the maximum five-star crash test rating by Euro NCAP and is one of the safest tested in the organisation’s 16-year history. Amongst other accolades, the Qoros 3 Hatch, launched in China in June 2014, won an Honourable Mention in the prestigious Red Dot Awards in recognition of the quality of its design. The City SUV – the brand’s third production model – made its domestic debut at the Guangzhou Auto Show in November 2014 and went on sale a month later.

Qoros is an invented word. The Q is intended to represent quality, and the whole name to echo the Greek chorus, a collective voice in plays and music, reflecting the multinational nature of the company. Qoros’ all-new assembly facility in Changshu is ramping up series production of the Qoros 3 Sedan, Hatch and City SUV.