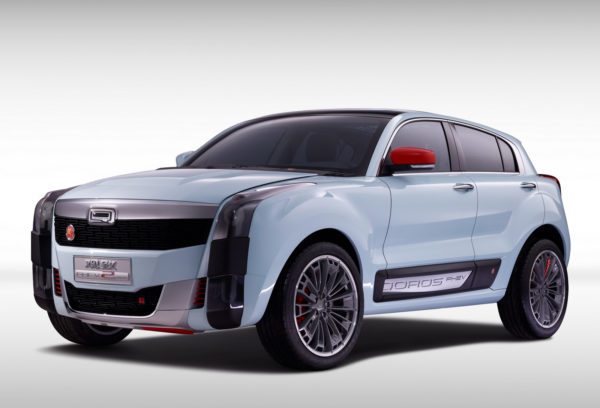 Qoros, the Chinese-Israeli automotive manufacturing company headquartered in Shanghai, have unveiled their 2 SUV PHEV Concept, a subcompact crossover study which refers to “possible future design, technology and product expansion strategies for the brand” and is aimed at a trendy and creative young clientele. 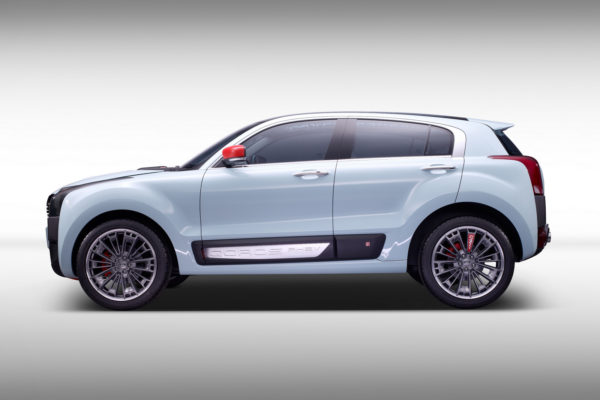 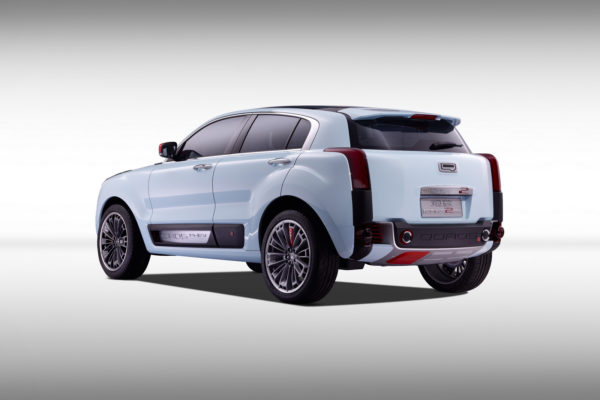 The subcompact crossover is powered by a small displacement turbocharged gasoline engine powering the front wheels, which is aided by a couple high-capacity electric motors powering the rear wheels through an Electric Rear Axle (ERA) drive system. The e-motors draw juice from ultra-high density batteries incorporated into the chassis floor structure. 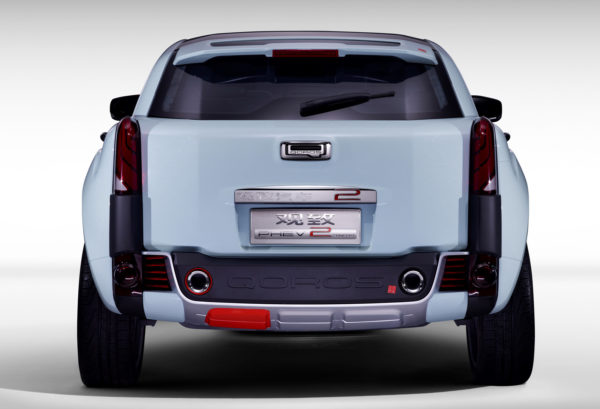 The Qoros 2 SUV PHEV Concept has a confident stance, courtesy its long wheelbase, short overhangs and wide track. The styling of the 2 is quite unlike the somberly Qoros scheme of things, with the vertically-orientated front and rear lamp clusters along with a splattering of funky details. It doesn’t come as a surprise then, that the 2 Concept is the first vehicle designed by Qoros to showcase a new vertical styling theme. 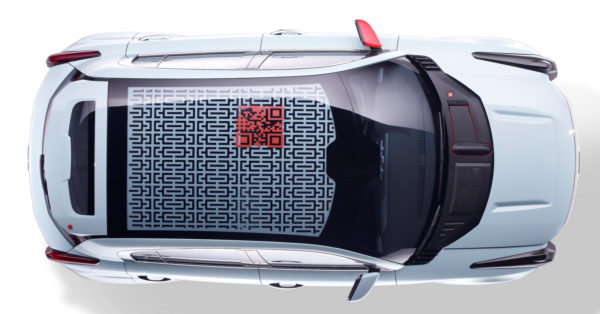 The exterior color is addressed as “Misty Cyan”, a light green/blue inspired by “Ru Kiln” porcelain, while the crimson accents are done up in “Cinnabar Red” –  all collectively pay homage to Chinese tradition. The study also features a panoramic glass roof which incorporates a pattern in white jade, traditionally used in Chinese windows. The roof features a QR code which directs viewers to the Qoros website. 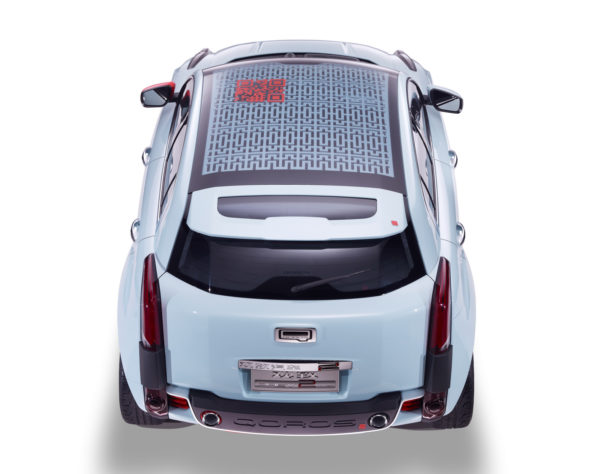 The insides feature a simple, minimalist design based on bold graphics, incorporating horizontal lines and a “floating” upper instrument panel. A digital instrument cluster with a full color display is linked to the pop-up drive mode controller in the floor console, while the Qoros Multi Media Hub (MMH) is the central focus of the dash.