This might not make environmentalists happy, but the scenic and greenery blessed Tagaytay City of Philippines set a weird record a few days back. Local manufacturers Ropali, Kymco and FDR Tires organized a mass gathering of 300 bikes the Tagaytay Convention centre- well not for a rally or a protest but to set a new Guinness Record. 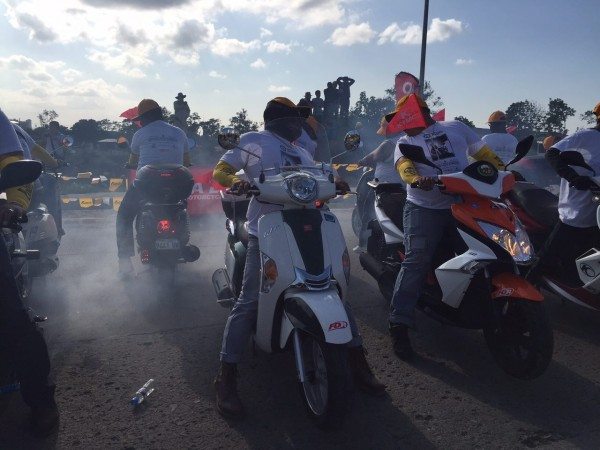 All riders of those 300 bikes- mostly souped up scooters sent the rear wheels smoking into a dizzy performing a simultaneous burnout thereby setting a new Guinness Record of the largest simultaneous motorcycle burnout in history. The motive behind this crazy record is even more surprising. “This was part of a series of Guinness World Record attempts made for the fundraising of the National Historic Commission of the Philippines (NHCP)” the organizers said. 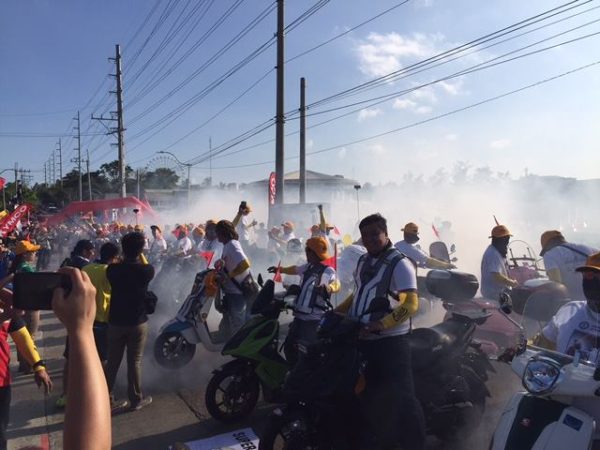 The feat might seem easy to most, but it wasn’t to be with most of the riders who had never performed a burnout before. A training session was conducted the earlier day for the riders to master the act and as per the guidelines sent by Guinness Records- a rider should be able to hold onto the burnout for at least three seconds. And though the first attempt ended in vain, the gathering did succeed at the second attempt. Also big bikes like the BMWs, Ducatis and Harleys made their presence felt, but riders of those bikes chose to cheer the participants instead. 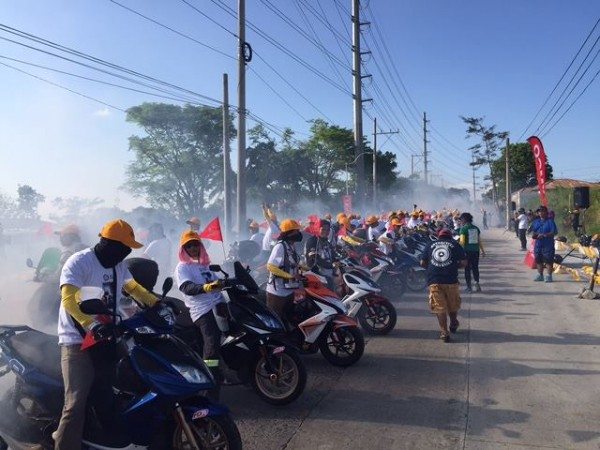 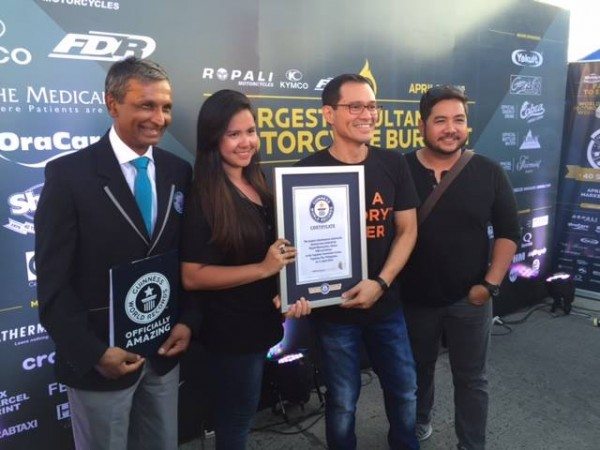 The earlier record was held by Harleystunts and Smokey Mountain Harley Davidson teams from Maryville, Tennessee- who in 2006 had set a simultaneous burnout record with 213 motorcycles.

Anyone here planning to make that record a short-lived glory?