Home Hyundai Would you put your money down on one of these Hyundai Creta STC pickups? 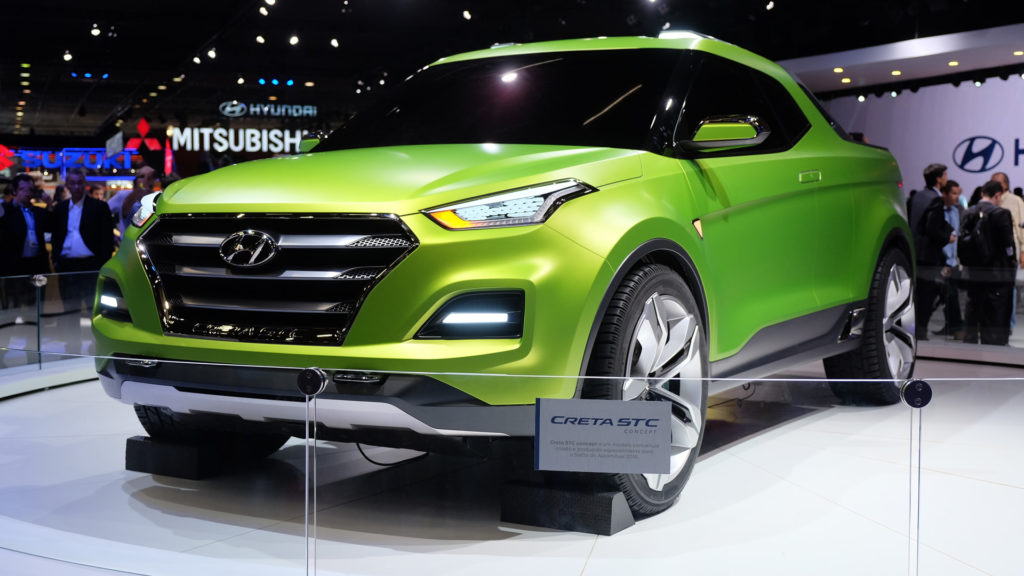 Alongside the launch of the face-lifted Creta for Brazil, the 2016 Sao Paulo Show was also the platform for Hyundai to showcase their slightly nutty Creta STC. It’s a Creta based study that intends to win over folks who’d be otherwise putting their money down on a Fiat Toro or a Renault Duster Oroch. STC stands for Sport Truck Concept, and its footprint is significantly longer and wider than the standard Creta. 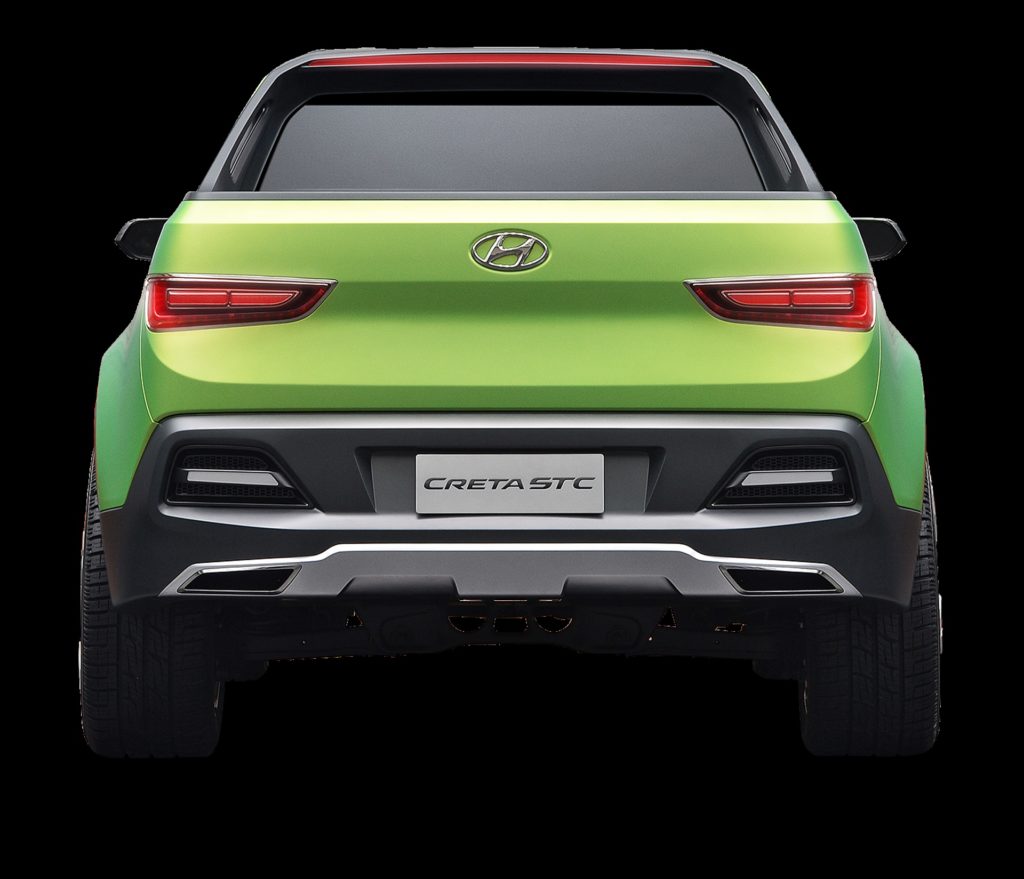 Also read – This is the Hyundai Creta for Brazil (Creta facelift)

The Creta STC looks like a Creta that’s been sweating it out really hard at the gym. Apart from the crazy, matte green paint-job, the Creta STC takes the Creta’s somewhat sober styling cues and exaggerates them. The headlamps have slimmed down and now incorporate LED elements, while the big grille looks like it means business. While the sides are reminiscent of the Creta, the STC’s posterior features a clean tail gate design, a stylish rear bumper and slim LED tail lamps. Meanwhile, the oversized wheels and tires don’t look too production friendly. 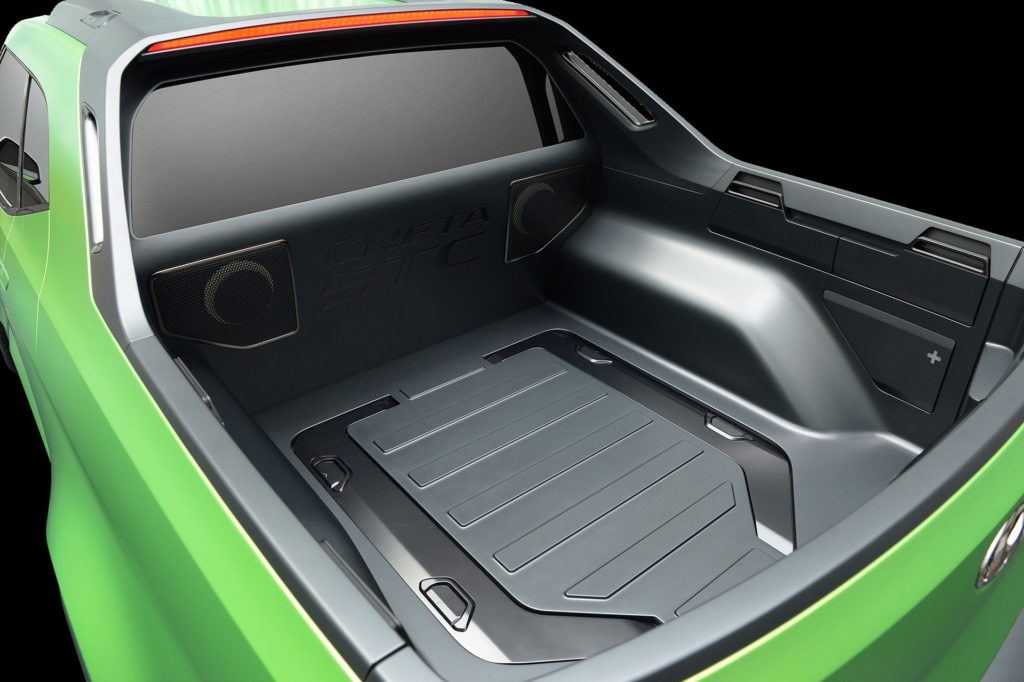 The Creta STC’s truck bed measures 1.30 m long and 1.29 m wide, while having a volume of 850-litres. If at all it goes into production, the Creta STC is expected to be powered by the same engines that’ll be employed under the hood of the Brazilian-spec Creta SUV, that include 1.6-litre and 2.0-litre flex-fuel units. The former produces 130 hp and 162 Nm of torque, while the latter is rated at 166 hp and 202 Nm of torque. It’s unclear if Hyundai will offer an AWD system like its rivals do.

Hyundai
,
Hyundai Creta
,
News
,
Motoroids Comments
Facebook Comments
Leave a Reply Cancel reply
Popular Stories
This Digital Render Of Tata Motors’ Premium Sedan Is Full Of Sharp Imagina...
Hyundai Creta 7-Seater Version: What Could It Be Like?...
Five Most Affordable Automatic Hatchbacks in India...
All The Cars You Can Buy With A Factory-Fitted CNG Kit...
RBI’s Moratorium On EMIs: Here’s What We Know About Auto Loan Instal...