Home News Is this how the production spec Yamaha R25 would look like? 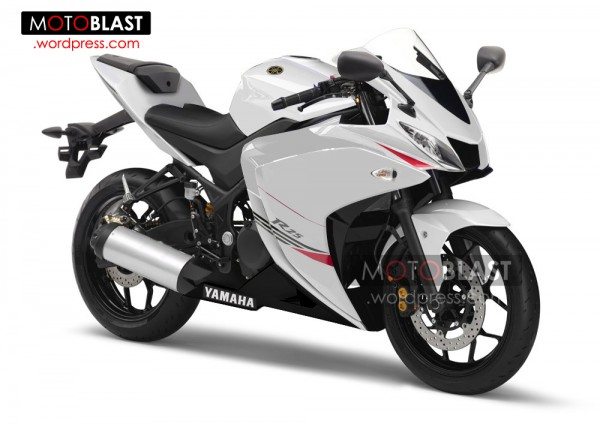 We reported in detail when Japanese bike maker Yamaha revealed the new 2014 Yamaha R25 Concept motorcycle at the Tokyo Motor Show recently. The R25 Concept previews the much begged-for Yamaha 250cc faired mo’bike that would rival the CBR250R and the Kawasaki Ninja 250.

As we have been saying, the R25 Concept looks much like Vale’s M1 MotoGP bike and it would be interesting to note how true to this design study would the production spec version would be. World over, it is being expected that for the production spec model, Yamaha would just add a set of trafficators, a headlamp and a new exhaust to the concept model. These thoughts are reflected by a rendering here by the good folks at Motoblast.

The production spec Yamaha R25 will be powered by a 250cc parallel twin motor that could have a peak power output of as much as 35bhp. Pretty obviously, the motor will be fuel injected and will come attached to a six speed manual transmission. The R25 is built on a new frame that features tubular elements instead of the R15-like steel spars.

It is being expected that the Yamaha R25 would make it to India towards the end of 2014 and would rival both the Honda CBR250R and the mightier Kawasaki Ninja 300 in our country. Yamaha will locally produce the R25 in India to keep the production costs low and the selling price competitive.

It is for sure that Yamaha plans to bring the new 2014 Yamaha R25 Concept to 2014 Indian Auto Expo that would happen in February next year. Stay tuned to Motoroids for more on the upcoming Yamaha R25.