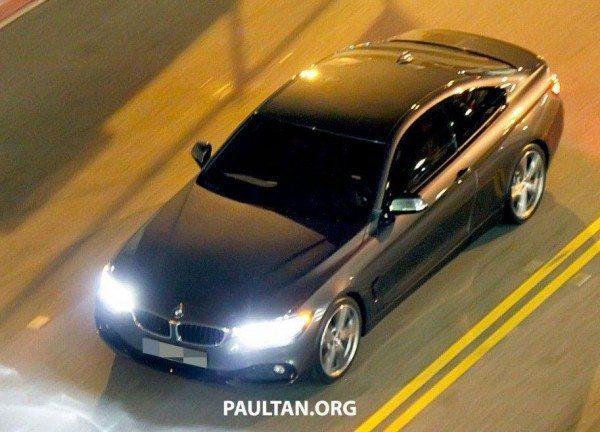 The much publicized BMW 4 Series coupe has been spotted on public roads during its video shoot for the TVC. The new 4 series is expected to be launched later this year and would replace the 3 series coupe and convertible.

As we have been saying all this while, the BMW 4 Series is a part of BMW’s plans to plug in all the gaps in its product portfolio by coming up with new body variants of its existing cars. The new models will offer more in terms of features and will hence retail at a higher price.

The new car is expected to come in two engine variants- 428i that would be powered by a 2.0 litre turbocharged 4 cylinder engine and 435i that would get more powerful turbo straight six cylinder engine. The 4 Series coupe and convertible will be later joined by the M4 coupe and cabriolet.

The upcoming Bimmer will take on the likes of Mercedes Benz E-Class Coupe and the Audi A5 & S5.