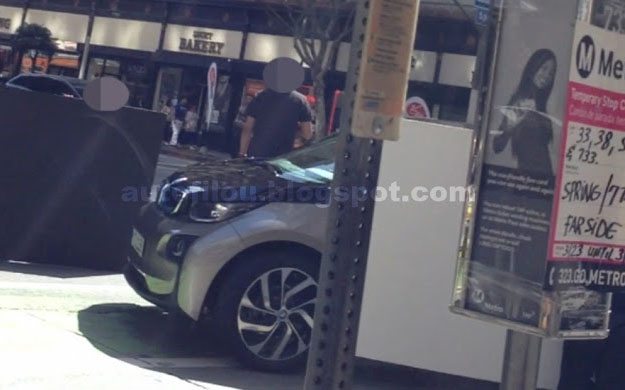 The BMW i3 Concept made a lot of news when it was unveiled. With fossil fuels depleting at an alarming rate, cars like the i3 seem to be the way to go for the future of automobiles.

The i3 is a city car and the production spec model has been under development since some time now. The production model of the car has been spotted testing at BMW’s testing grounds in Miramas.

The BMW i3 is an electric powered rear wheel drive small car that will -drive electric minicar that will debut at the 2013 Frankfurt Motor Show in September this year.

Powering the car is a rear-mounted electric motor with 170bhp of peak power. The electric motor gets its juice from a lithium ion battery pack and the manufacturer claims that the EV can sprint from standstill to 100kmph in less than 8 seconds and hit a top whack of 150 kmph.

The i3 has got a range of 160 kms. However, it is being said that the manufacturer of the i3 might also plonk in a two-cylinder petrol engine to extend the range of the production spec car.

The battery pack of the i3 can be fully charged in 6 hours. However, a high speed charger can replenish the batteries by up to 80% in just one hour. It is being expected that the production spec i3 will have a low center of gravity, a small turning radius and superior crash safety package. The prices of the car are expected to start at USD 40,000 (approx INR 21 lakhs).