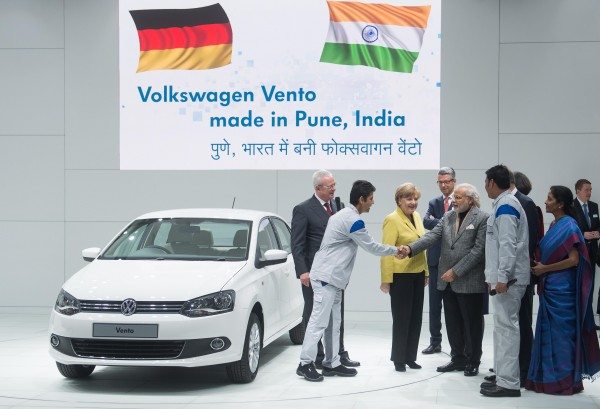 India’s Prime Minister Narendra Modi and German Chancellor Angela Merkel learnt more about VW’s passion technological during their visit to Hannover Messe 2015. During their tour of the auto giant’s exhibition stand, Prime Minister Modi got to know more about production of the Volkswagen Vento sedan, which is built at the Indian plant in Pune and exported to over 30 countries worldwide.The delegation was welcomed by the CEO of Volkswagen Aktiengesellschaft, Prof. Dr. Martin Winterkorn. Prime Minister Modi and Chancellor Merkel also interacted with two young Indian apprentices who are training at the VW Pune facility, and were particularly interested in Volkswagen’s approach to developing young talent in India. 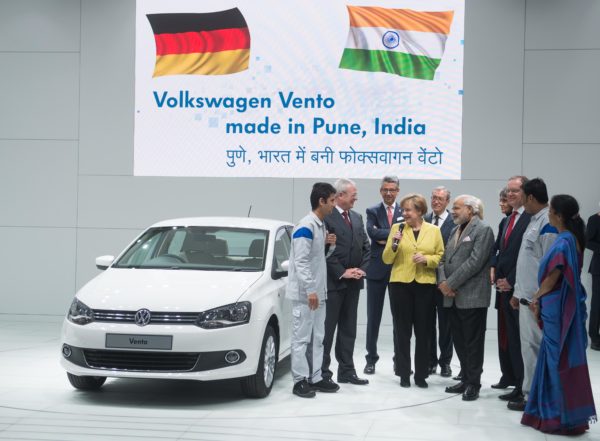 Talking in support of the Prime Minister’s “Make in India” campaign, Prof. Dr. Martin Winterkorn, CEO of Volkswagen Aktiengesellschaft said, “India is and will remain an important strategic growth market for the Volkswagen Group. We are convinced that Volkswagen will take on a key role in the Indian automobile market in the long term. We are driving localization in India forward with our new engine assembly plant in Pune.”