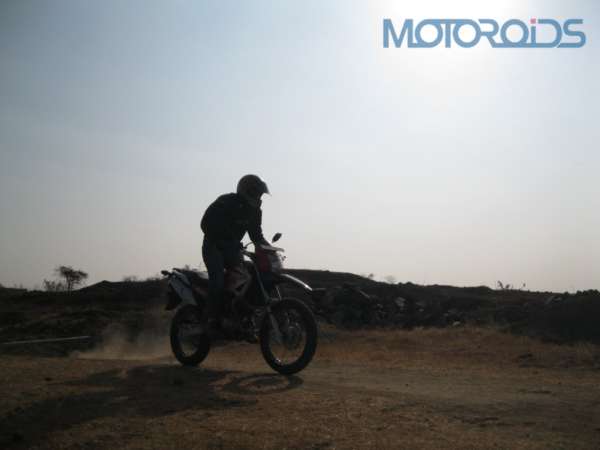 The Hero Impulse has a couple of firsts to its credits. The Impulse was the first low capacity off road bike to have entered mainstream bike market in the country. It also became the first Hero model post the manufacturer’s divorce with Japanese bike maker Honda.

While the Impulse, complete with true blue off-roader looks and competent suspension, raised a lot of eye-brows, it failed to translate all the interest into sales. Thanks to a really forgettable sales performance, Hero axed the production of the bike last year.

However, it has now emerged that Hero might soon re-launch the Impulse in Indian market.

The source of this info is Mr. Pawan Munjal, Hero’s CEO and Managing Director. Mr. Munjal said that the re-launch will happen in very near future and he further added that the bike would go on sale with a bigger and more powerful engine.

Our regular readers would remember that we sorely missed some brute force back when we tested the Impulse. Click here to read our Hero Impulse review. We hope that the Impulse gets a high torque motor with at least 200cc of displacement and 18 bhp of max power.

While Mr. Munjal refrained from revealing an official launch date for the Impulse, he did say that his company intends to unveil a range of niche bikes at the upcoming 2014 India Auto Expo, which will happen in February next year. It is being said that Hero’s new American distributor, Erik Buell Racing (EBR), could provide Hero with technical assistance for improving the Impulse.

It would be interesting to see if the updated Impulse would have a better showing on the sales charts than its predecessor,