Porsche has been testing the Cayenne facelift for a couple of months now. In a latest development it has surfaced the Stuttgart based car maker is also planning to launch the Cayenne in a Coupe avatar. Seen here on this page is a rendered image of the new Porsche Cayenne Coupe.

Although Porsche will be launching the new gen Cayenne in 2017 which will ride on the same platform as the Bentley SUV and new gen Audi Q7 – this coupe version could arrive next year, as part of the facelifted range. 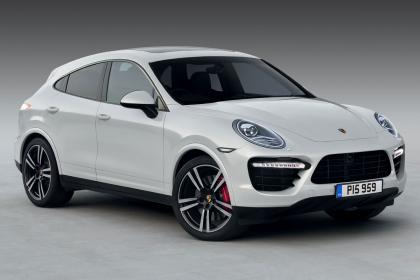 The above image, drawn using inside information, shows how it will integrate the Cayenne’s nose with a 911-style sloping roof. According to reports, the Cayenne’s suspension and steering will be tuned for even sharper responses, while wider front and rear tracks and a lower ride height will enhance lateral grip and drop the centre of gravity.

Engine choices will remain the same which power the standard Porsche Cayenne, with V6 petrol and diesel turbos, plus V8 petrols in the S and Turbo. The sloping roofline will eat into the rear space making it suitable for just two adults and a tighter boot. Despite these facts, the Porsche Cayenne Coupe will cost a bit more than the equivalent Cayenne.

The addition of the Cayenne Coupe to the Porsche SUV will take the count to three, with the recent launch of the Audi Q5-based Macan. Upon its launch, the Porsche Cayenne Coupe will lock horns with the upcoming Mercedes-Benz MLC, new 2015 BMW X6 and the Range Rover Evoque Coupe.