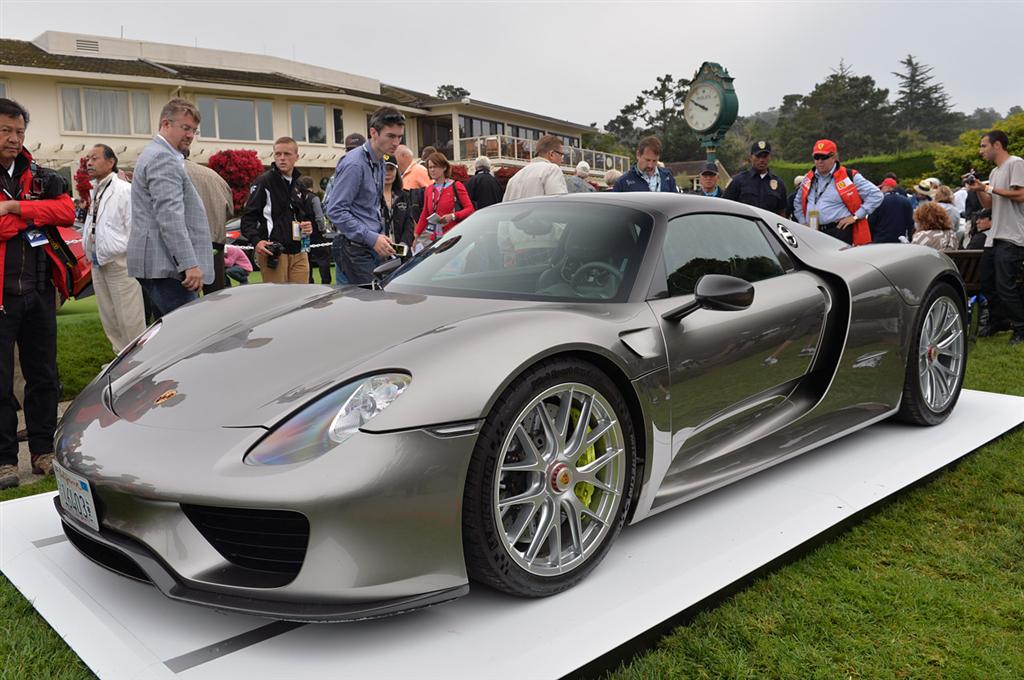 A couple of days after Porsche tweeted the road going version of the Porsche 918 Spyder, the upcoming supercar from the German sports car manufacturer was put up for display at the Pebble Beach Concours, California. Officially affirmed to debut at the 65th Frankfurt International Motor Show being held between 10th and 22nd of September 2013, Porsche will be unveiling the final production version then.

The Porsche 918 Spyder made it first public appearance as a prototype at the Geneva Motor Show in 2010 and since then it has been a flurry of teasers from the manufacturer until present, which seems the final road going version for sale to customers. 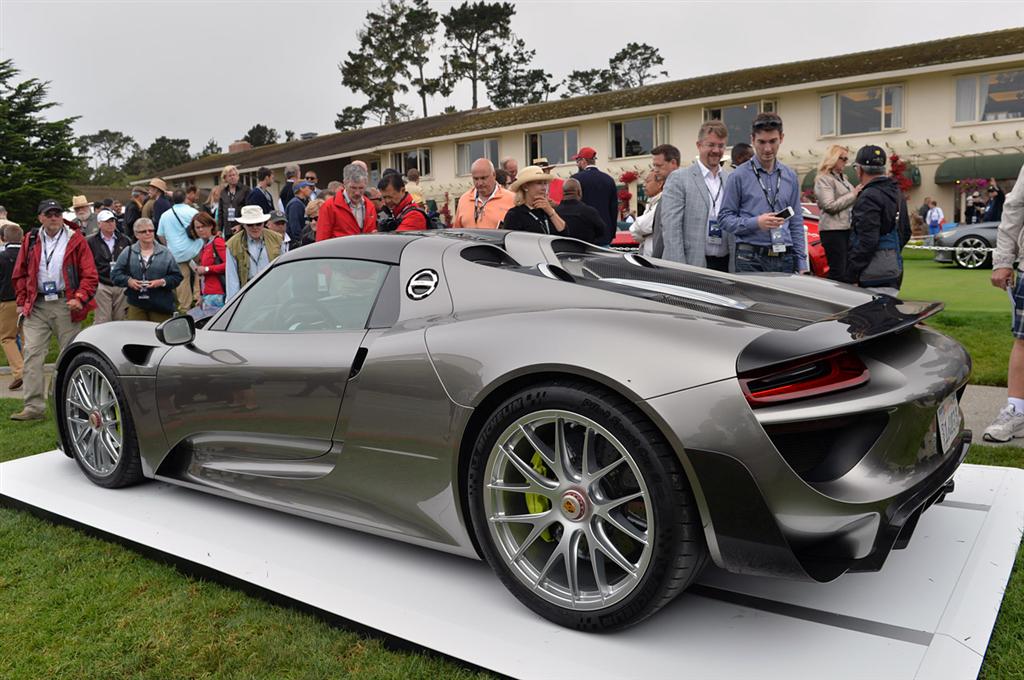 Powered by a high performance parallel hybrid engine, the Porsche 918 Spyder pumps out a massive 887 bhp with 608 bhp coming from the 4.6 litre V8 and 279 bhp provided by two electric motors at both ends. A 7 speed PDK transmission sees the 918 hit the 100 mark in 2.8 seconds with a top whack of 340 kph. Being a parallel hybrid, the 918 could be driven either by the combustion engine or in standalone electric mode which has the punch to take the Porsche to 150 kph. 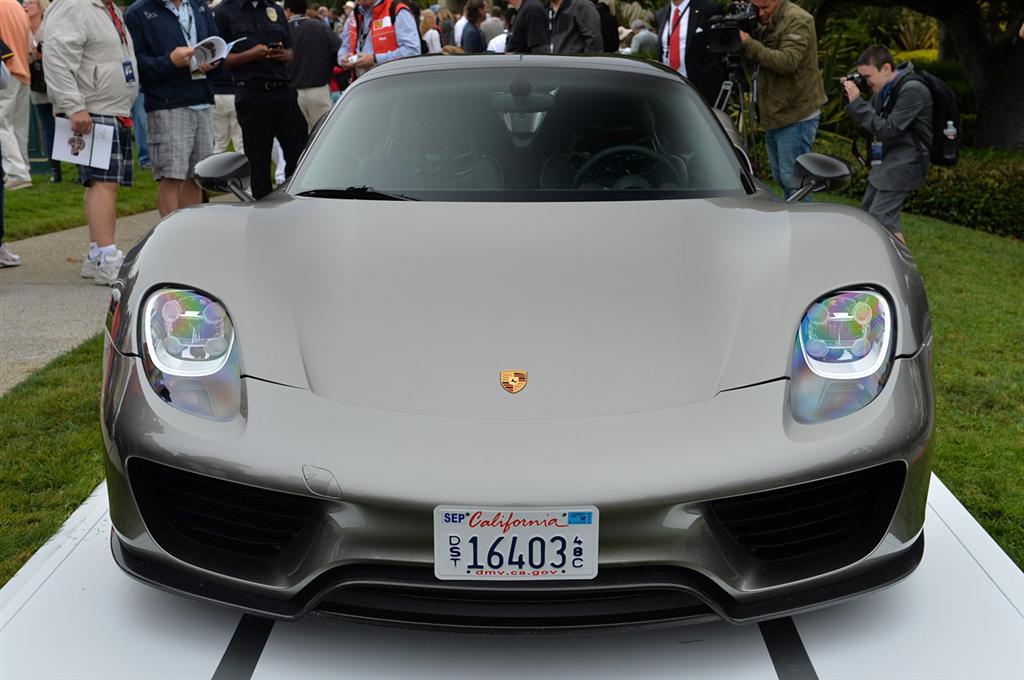 Braking duties are taken care by ceramic composite brakes amply tested by Porsche at the Mobil 1 Supercup series and similar to that of the Panamera S E-Hybrid, the calipers coming painted in green shade.

The body shell is a monocoque structure constructed using ultra light carbon fibre reinforced plastic and the removable roof sections could be removed and stored away in the luggage compartment giving the new Porsche a topless look in a matter of minutes. 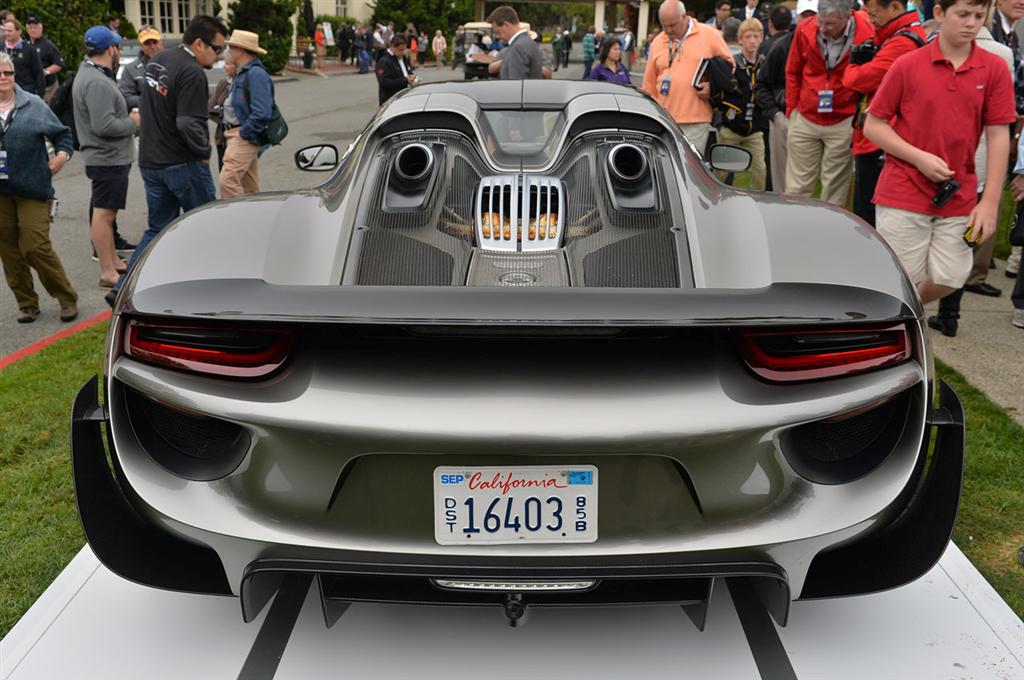 We eagerly look forward to what Porsche throws up to the LaFerrari and the McLaren P1.